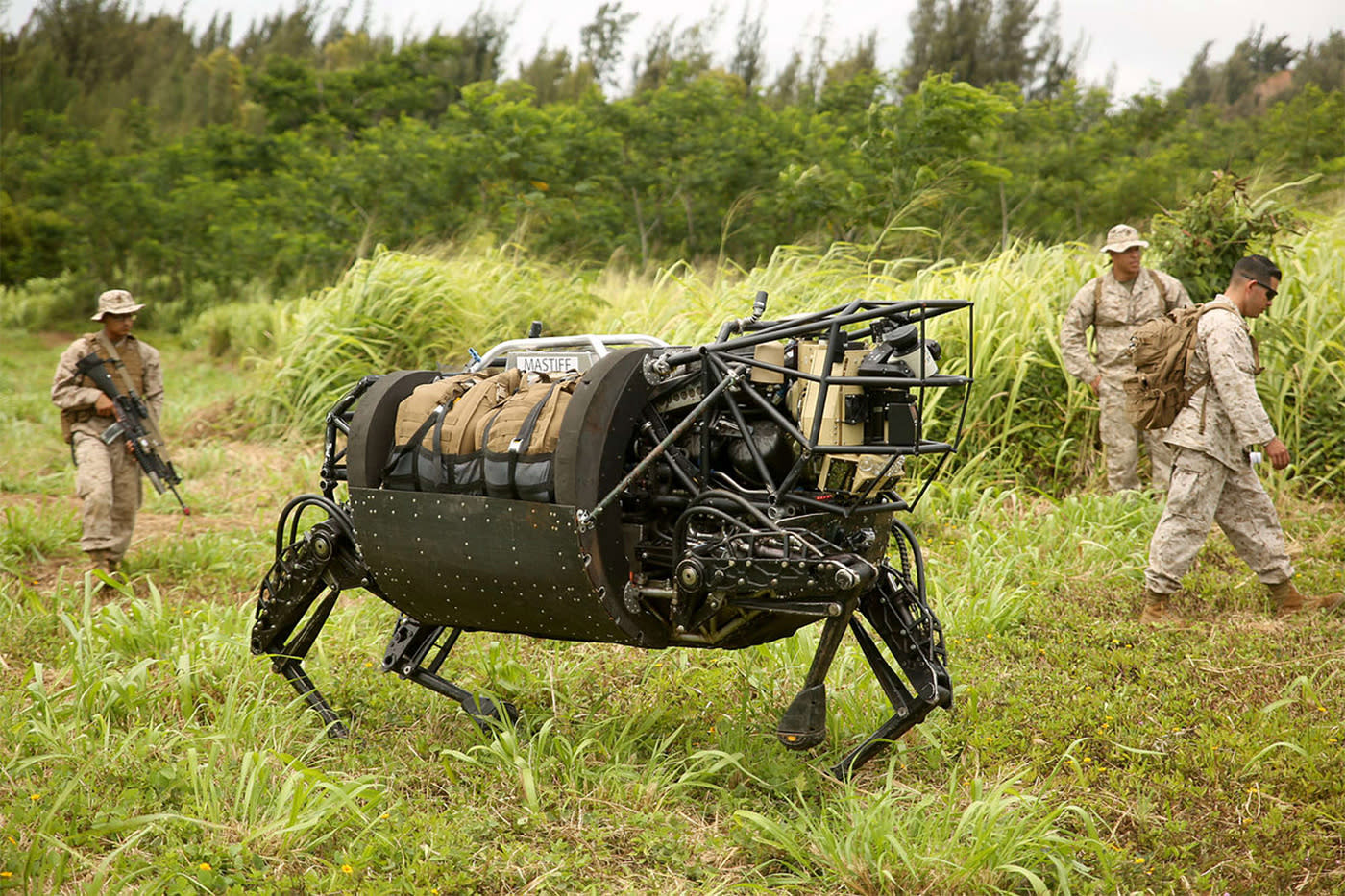 The Legged Squad Support System (LS3, or AlphaDog) won't be part of the near-future Marine corps. Following years of development and improvements through DARPA and Boston Dynamics, the robot was deemed too loud and difficult for deployment. The robo pack-mule was meant to assist soldiers in the field by carrying substantial equipment loads on patrol, with built-in gas engines and voice control adding a degree of freedom compared to older robots. However, when the 'bot was put into demonstrative field tests, Kyle Olson, a spokesman for the Marines' Warfighting Lab explained BigDog's limits were also on show:

"As Marines were using it, there was the challenge of seeing the potential possibility because of the limitations of the robot itself," Olson said. "They took it as it was: a loud robot that's going to give away their position."

As well as engine noise, there was the issue of repairing the robot if something went wrong -- and how to tactically put a robot mule into Marine patrol. Research has moved onto a quieter electric-powered model but this came with its own cost -- a severe drop in how much it could carry.

"I see Spot right now as more of a ground reconnaissance asset," said Capt. James Pineiro, the Ground Combat Element branch head for the Warfighting Lab, talking to Military.com. "The problem is, Spot in its current configuration doesn't have the autonomy to do that. It has the ability to walk in its environment, but it's completely controller-driven." Both robots have been retired for now -- with no plans for future development. Other unmanned vehicles and drones are still being experimented with in the lab, although the focus is shifting to resupply and reconnaissance roles rather than the front line.

In this article: alphadog, bostondynamics, culture, darpa, ls3, marines, robots, science, video, warfightinglab
All products recommended by Engadget are selected by our editorial team, independent of our parent company. Some of our stories include affiliate links. If you buy something through one of these links, we may earn an affiliate commission.