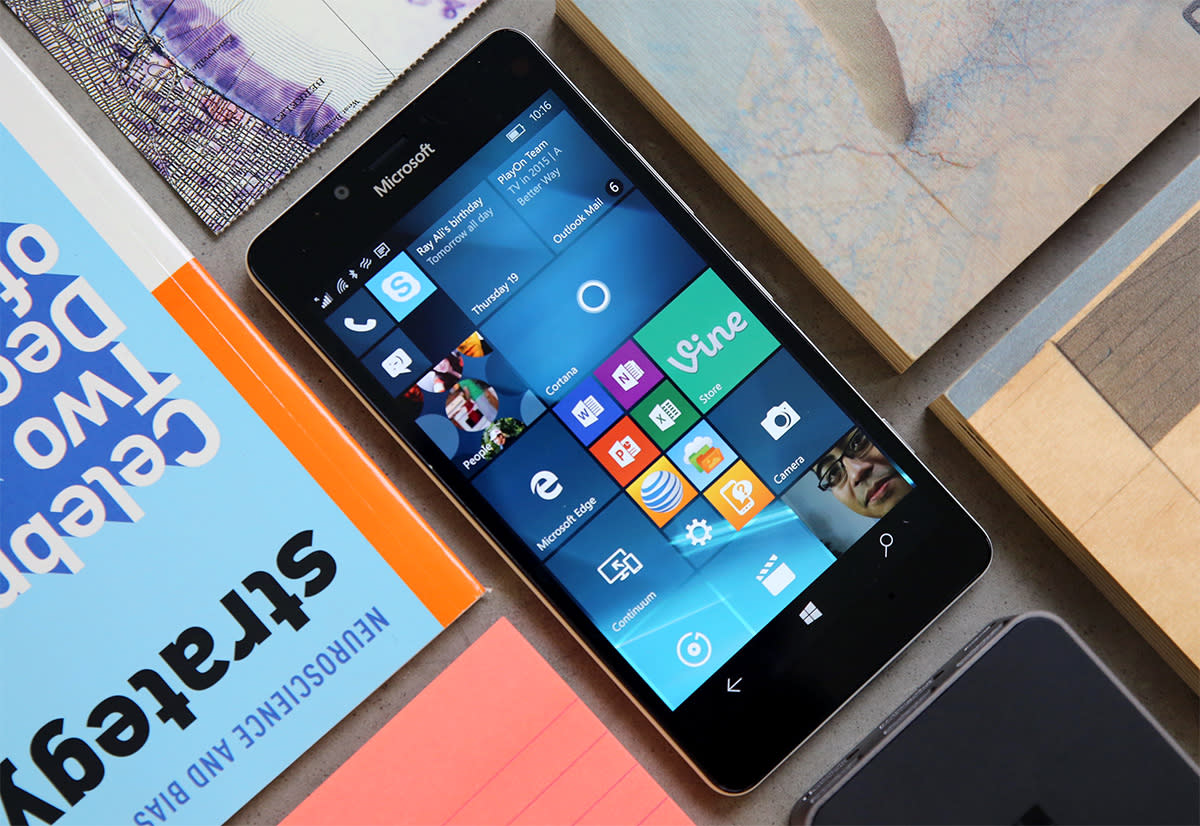 Speaking to Twit's Windows Weekly show, Microsoft's Chief Marketing Officer (CMO) Chris Capossela has admitted that the company's latest Windows Phones are not enough to reverse the ailing platform's fortunes. Describing the flagship Lumia 950 as simply "solid," he told host Leo Laporte and Microsoft journalists Mary Jo Foley and Paul Thurrott that the company has a lot more work to do before it can persuade people to "move from an iPhone to one of [Microsoft's] phones."

Capossela drew comparison to the company's successful Surface program, which caught the public's imagination despite "a bunch of early misfires." He believes Microsoft needs "some sort of spiritual equivalent on the phone side that doesn't just feel like a phone for people that love Windows." Some are taking this to mean that Microsoft is working on a "breakthrough Surface phone." In reality, given the context of a year-in-review podcast, it's more likely Capossela is really just noting the sort of thing that Microsoft needs to do -- create a unique device that appeals to a broad number of people. "We need time to actually build that," he added.

The CMO also spoke about the importance of attracting the younger generation to the platform. "You need Snapchat, let's face it," retorted host Leo Laporte, "That's all you really need if you want a 15-year-old." The social app is not available on Windows Phone.

"You need Snapchat, you need Instagram ... you need Uber, gotta have it. There's 10-15 apps that you just have to have on the phone," Capossela concurred. It's clear Microsoft believes it has to get the hardware and OS right before customers -- and developers -- will flock to Windows Phone.

The full Windows Weekly episode is available on the show's site, and the relevant segment starts at around the 38:30 mark.

In this article: continuum, gadgetry, gadgets, gear, lumia, microsoft, mobile, surface, SurfacePhone, windows10, windowsphone
All products recommended by Engadget are selected by our editorial team, independent of our parent company. Some of our stories include affiliate links. If you buy something through one of these links, we may earn an affiliate commission.