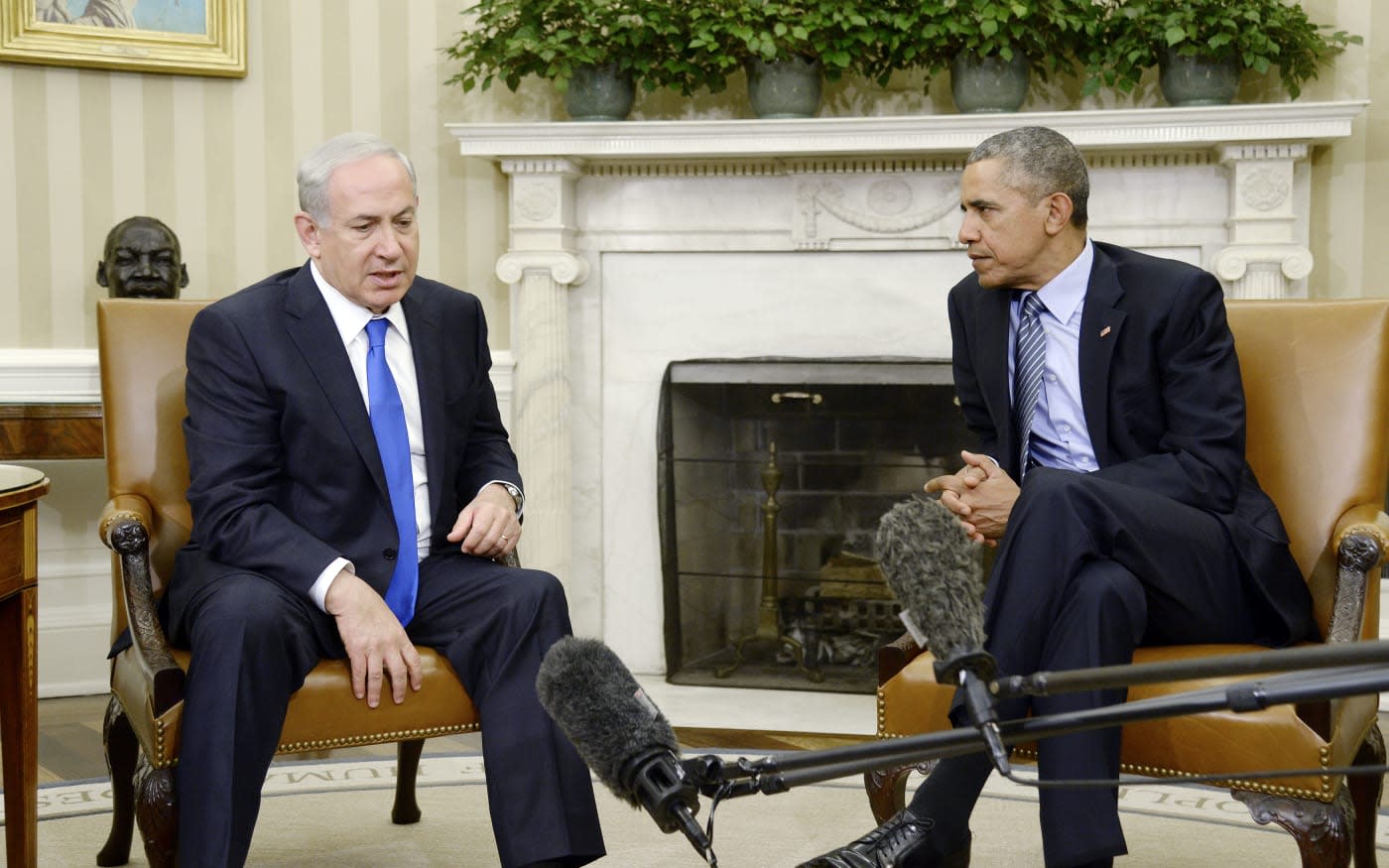 Just because the United States said it stopped spying on friendly foreign heads of state like Germany's Angela Merkel, doesn't mean that Uncle Sam actually has. Eavesdropping has actually continued and the list of targets included Israeli prime minister Benjamin Netanyahu, The Wall Street Journal reports. What's more, the National Security Agency was caught spying on members of Congress and American-Jewish groups as a direct result, according to WSJ's anonymous sources.

Over the course of the Iran nuclear negotiations that have taken place in the past several years, the NSA learned that Israel had leaked information to Jewish-American groups to undermine the negotiations taking place at the time. The nation had also approached members of Congress to see what it'd take to earn their vote against the accords.

The situation is a mess and understandably no one involved looks good or wants to admit to any wrongdoing. Israel was trying to win US votes for its cause, the NSA was illegally intercepting these transmissions and basically everyone caught with their hands in the cookie jar is rapidly trying to deny that any of this ever happened. You know, despite proof otherwise. More than that, the NSA has apparently gotten so adept at this type of surveillance that a president, Obama in this case, knowing what a visiting head of state's talking points would be long before their arrival is incredibly common.

Revelations like this prove that it's probably going to be a very, very, very long time before the fallout from Edward Snowden's exposure of unchecked spying ever settles down.
In this article: benjaminnetanyahu, culture, edwardsnowden, israel, nsa, obama, policy, politics, privacy, security, snowden, spying, wsj
All products recommended by Engadget are selected by our editorial team, independent of our parent company. Some of our stories include affiliate links. If you buy something through one of these links, we may earn an affiliate commission.