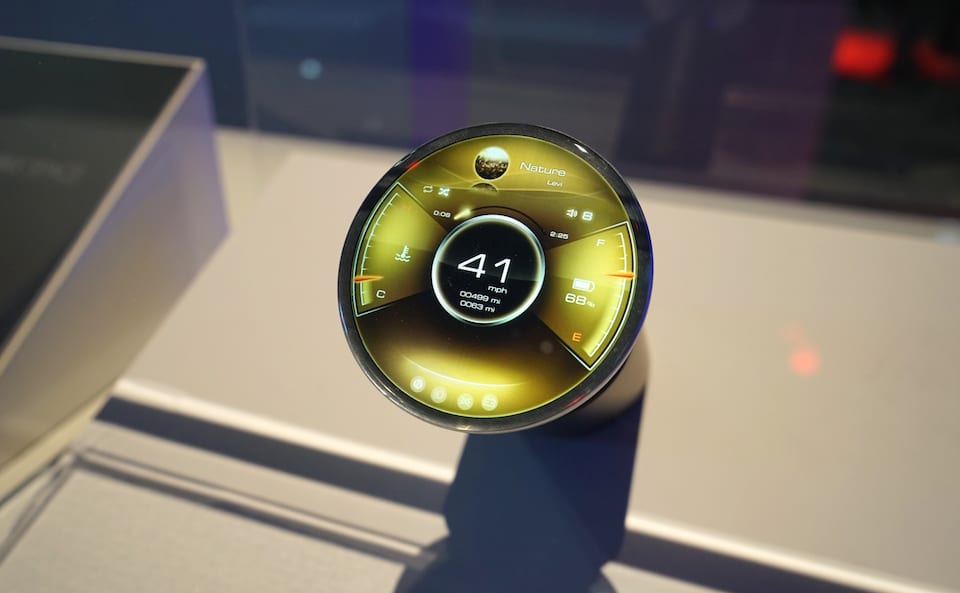 Sharp's been working on its isn't-that-concept-art free-form displays (FFD) for a few years and, well, CES is a good place to show and tell us where they'll eventually end up, you know, in real life. We've just seen some of the more polished prototypes that will form the basis for dash-based displays in cars coming to market by 2017. But while we knew that was the aim, it's only the start. These low-power IGZO displays "don't need edges," so they can be cut into any shape and while there's no touch functionality in the current prototypes, it can be added -- meaning they could be found in mobile devices and (according to reports at least), something from Nintendo. Sharp had a great display where two circles were cut out and used as separate displays, and the "leftover" screen also functioned as part of a larger dash display. Here, take a look: In this article: auto, cars, ces, ces2015, displays, ffd, freeformdisplay, hands-on, igzo, nintendo, sharp
All products recommended by Engadget are selected by our editorial team, independent of our parent company. Some of our stories include affiliate links. If you buy something through one of these links, we may earn an affiliate commission.