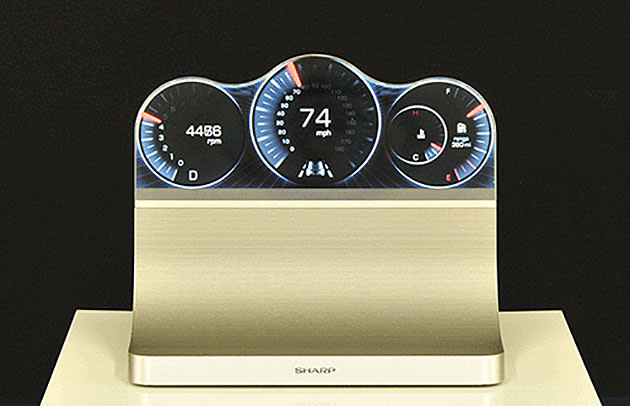 When Motorola unveiled its snappy Moto 360 smartwatch, the first thing we thought was "how do you make a round display?" Sharp has one answer with its new IGZO-based "Free-Form" LCD prototype that can be sculpted into any shape. The company's current IGZO tech only works with rectangular displays, where the circuits that drive the LCD live on the perimeter of the screen. Sharp managed to bake those chips into the display itself, allowing for not only a shrunken bezel but nearly any display format you might want. That'll let designers create much more compact car dashboards, new digital signage, unusually shaped monitors and yes, wearables like smartwatches. That likely won't include the Moto 360, though, since it's rumored to have an OLED display. Also, Sharp says that the Free-Form display is nearly ready for mass production, but isn't quite there yet.

In this article: display, Free-Form, IGZO, LCD, roundDisplay, shape, sharp
All products recommended by Engadget are selected by our editorial team, independent of our parent company. Some of our stories include affiliate links. If you buy something through one of these links, we may earn an affiliate commission.