Waymo’s fully-automated shuttles are picking up riders around Phoenix 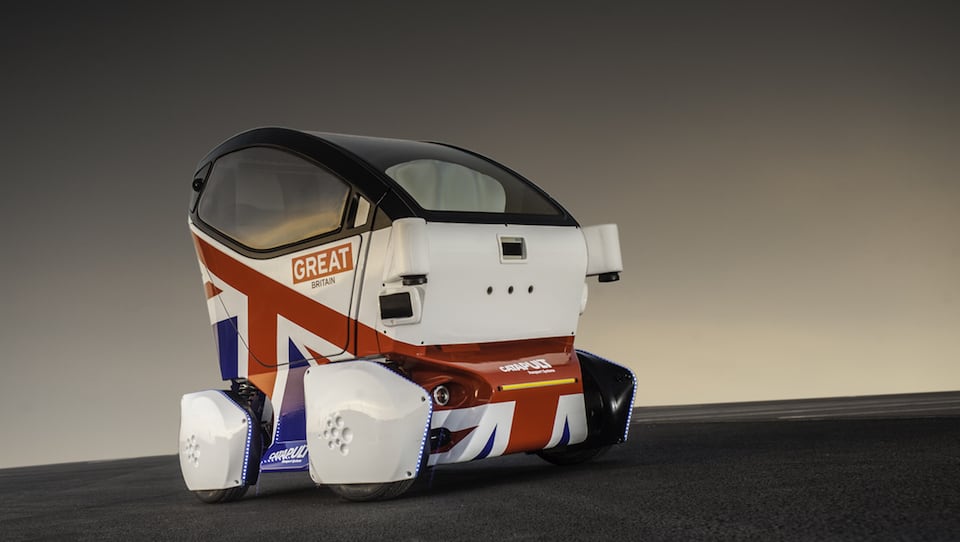 We're all pretty familiar with Google's self-driving car, right? The smiley-faced automobile has been stealing headlines since its first reveal, but now the UK government wants a turn in the spotlight. A couple of months ago, we heard about a series of driverless car trials it was funding to push Britain's R&D image. That's now been backed up with an official review which concluded that automated vehicles are safe enough to be tested on public roads, provided a safety driver is present and they comply with normal traffic laws.

It's a massive green light for any researcher in the UK that's been interested in this technology. While a household name like Google isn't involved just yet, we're already seeing some vehicles that could fly the flag for Britain. One of those is the Lutz, a small driverless pod with a long, arching windscreen and chunky, futuristic wheel caps. It's designed for pedestrianised spaces rather than the open road, but its unusual design and Union Jack decals should make it just as memorable as Google's friendly car.

The Lutz can seat two people and scoot around for 40 miles, or roughly six hours on a single charge. With a top speed of 15mph, it's by no means the fastest mode of public transportation, but it should be just fine for helping commuters, shoppers and the elderly complete short journeys. It's packing some serious hardware under the hood too: twin cameras and LIDAR sensors are fitted on the front, alongside a further two cameras and a single LIDAR on the back. They're flanked by another two cameras on either side, which combine to give the vehicle a detailed 360-degree picture of its surroundings.

A prototype was shown off in London today, although its creators, Transport Systems Catapult and the RDM Group, say the first production models won't be completed until June. Later this year they'll be trialled in Milton Keynes, netting the pair and everyone else involved in the project two records: the UK's first driverless pod, and the first autonomous vehicle to be used in a UK public area. Not the most spectacular milestones, but important ones nonetheless that should improve public awareness about the technology.

Of course, Lutz wasn't the only project to receive funding from the UK government. Three major initiatives are set to cover London, Coventry, Bristol and Milton Keynes --- look out for our upcoming mini-series examining some of the pioneering work in this space.

In the meantime, the UK government will be trying to assist researchers and manufacturers with updated guidance. It's working on a Code of Practice for road testing, and the Department for Transport says it's planning to amend domestic laws by 2017 to accommodate the evolving technology. However, those plans could be thrown out the window if the Conservative party loses the next general election this year.

Source: Department for Transport, RDM Group
In this article: driverless, driverless car, lutz, pod, self-driving car, self-driving cars
All products recommended by Engadget are selected by our editorial team, independent of our parent company. Some of our stories include affiliate links. If you buy something through one of these links, we may earn an affiliate commission.