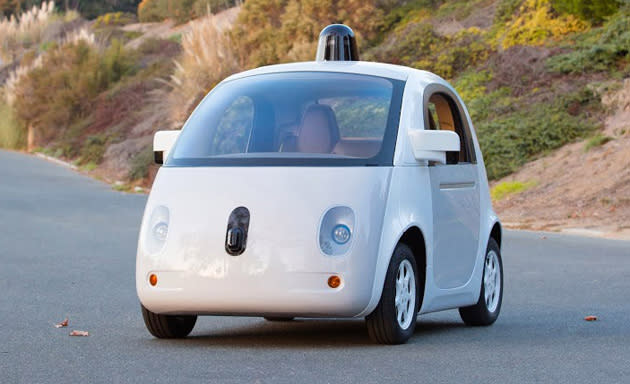 Google had a (not very well-kept) secret when it unveiled its experimental self-driving car: that first example you saw was just a mockup that lacked many of the basics. At last, however, the internet giant has unveiled a complete prototype of the car that has everything it needs to hit the road, including the autonomous driving system and typical mechanical parts like braking, lighting and steering. Yes, it still looks like a koala on wheels, but this motorized marsupial is now ready to hit the test track. It'll also reach Northern California roads sometime next year, so don't be surprised if you see a cutesy driverless vehicle puttering around your local streets.

In this article: autonomous, car, culture, gear, google, koala, prototype, robots, self-driving, self-drivingcar, timeline16selfdrive, transportation, vehicle
All products recommended by Engadget are selected by our editorial team, independent of our parent company. Some of our stories include affiliate links. If you buy something through one of these links, we may earn an affiliate commission.