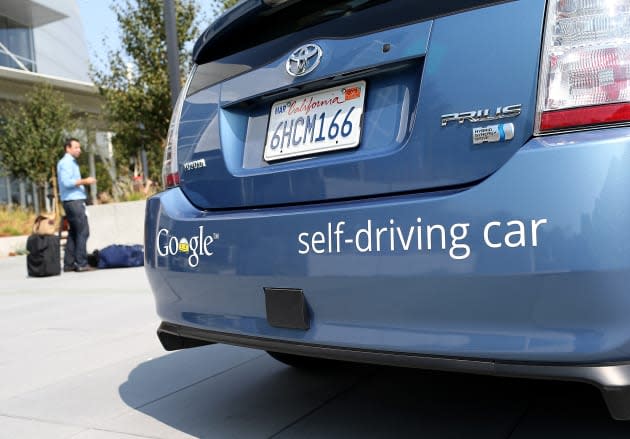 The first trio of companies looking to test self-driving cars on California's public roads got newly required permits from the state's Department of Motor Vehicles last week. Google nabbed paperwork for taking a fleet of 25 Lexus SUVs to the streets, while Audi and Mercedes-Benz also secured written approval that's now a must for trials amongst regular automobiles. The Guardian reports that other automakers are working on getting the proper approval for testing as well, so long as vehicles have a way for the driver to take control if needed. Of course, California has welcomed autonomous vehicles since 2012, but the state announced new rules for testing on public roads earlier this year that went into effect this month. In addition to the Golden State, Michigan, Nevada and Florida also allow self-driving trials on public roads.

In this article: audi, autonomouscar, autonomousvehicles, california, daimler, google, mercedes-benz, self-drivingcar, SelfDrivingCar
All products recommended by Engadget are selected by our editorial team, independent of our parent company. Some of our stories include affiliate links. If you buy something through one of these links, we may earn an affiliate commission.