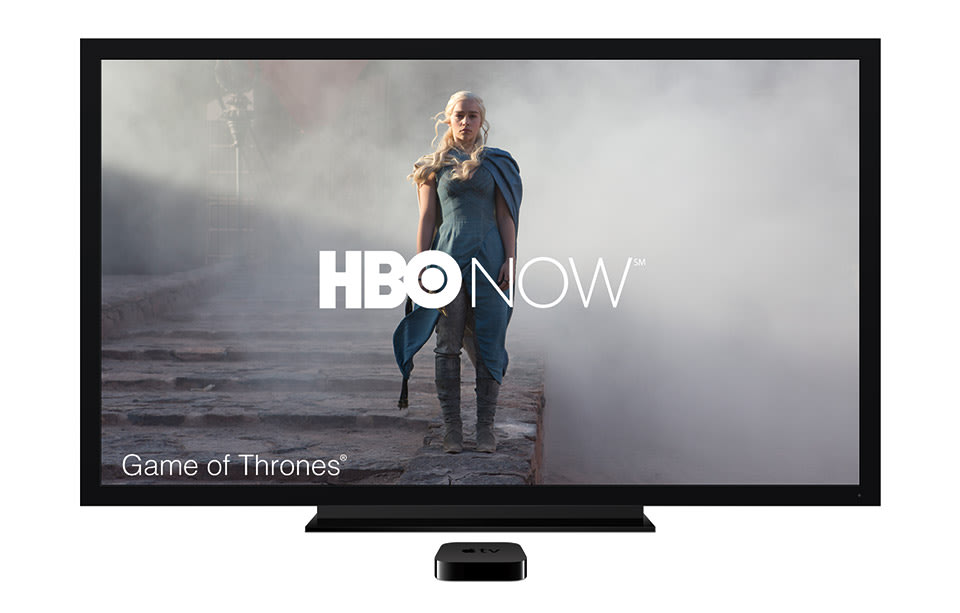 With the exception of some special internet offers, until now the (legit) way to get HBO has been straightforward -- order it from your cable company along with a big TV bundle. Today, Apple and HBO took a leap over that paywall by announcing their partnership to launch the internet-only HBO Now. The only problem? That combination brings its own set of restrictions, and if you want a way around them, then help could come from a most unlikely source: your cable company. 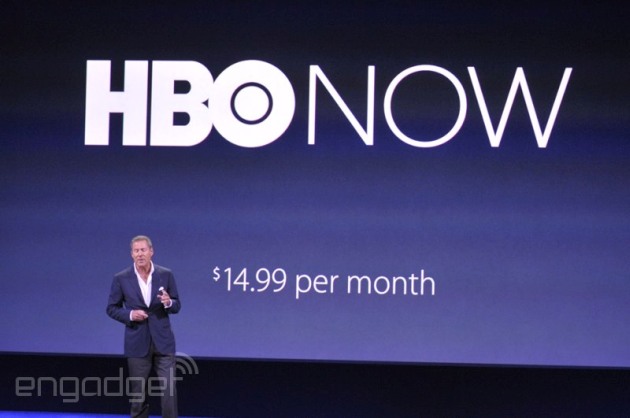 HBO CEO Richard Plepler's proclamation that, "All you need to get HBO Now is a broadband connection and an Apple device," is exactly true -- you will need both of those things to sign up. As it stands today, even though viewing is supported on PC or Mac via a web browser pointed at HBONOW.com, the only way to actually set up an account will be through Apple's HBO Now app. HBO tells Engadget that Apple has a three-month exclusive as a digital provider of HBO Now, so it will be at least that long until someone like Google, Amazon or even HBO itself could sell access.

HBO used to be cable only, now it's cable and Apple exclusive. Is that really an improvement? http://t.co/ExSUMumDPg pic.twitter.com/1NKqrtV7Ei

As I tweeted earlier, this situation puts Apple on the side where cable companies have been for so long: locking out a certain segment of willing-to-pay customers. It's not a problem if you already enjoy your Apple TV, iPad or iPhone, but what if you prefer something else? Oddly, the best hope for avoiding that 90-day wait could come from your cable company. HBO says it's in discussions with some cable, satellite and telephone providers that could sell access to HBO Now at launch, but nothing is set so far. Plepler told Re/code in an interview that "we're trying to make the logical argument that this is an additive proposition" and it will get subscribers from people who already have internet without TV service, instead of increasing cord-cutting.

Now that it's launching via Apple, companies like Comcast and Verizon may not have as much of a choice to sit out, or pull stunts like locking down access to HBO Go. Our other question is how much it will cost if anyone else offers it, as an official FAQ mentions "prices may vary" across providers. Exactly how much money Apple is making from the deal is unknown, so we'll be interested to see if someone like Amazon could choose to offer HBO Now access for a lower price, or maybe rolled into another subscription like Amazon Prime. Barbara Kraus of Parks Associates tells us analysts believe that after the 90-day exclusive is over, "HBO will open up to additional platforms including PCs, allowing users to sign up directly," just like Amazon and Netflix already do. 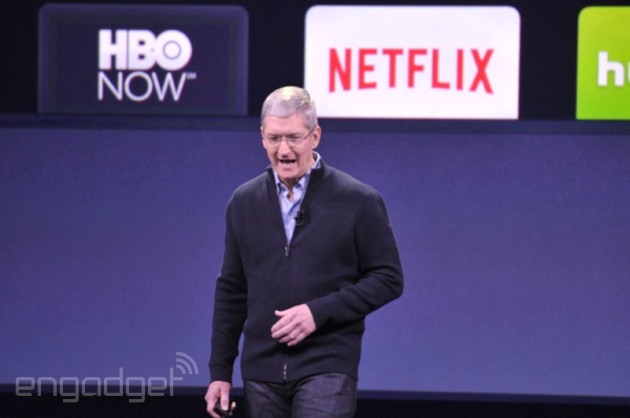 So if you can get HBO Now, what will it be like? A "limited time" 30-day free trial should do plenty to give viewers a taste for themselves. It sounds like everything offered will be very similar to what we've seen from HBO Go, with access to movies; new TV shows like Game of Thrones, Silicon Valley, True Detective and Last Week Tonight with John Oliver; plus older series like The Wire, Sopranos, True Blood and Deadwood.

HBO tells us that the $14.99 subscription will allow for streaming on up to three devices at once, with no limit on the number of devices you can have activated. That's surprisingly login-sharing friendly, and a shift from what we've seen with Sling TV, which only allows one stream per account. Still, is it friendly enough to make up for a network that's not quite ready for your Android phone, Fire TV stick or Xbox/PlayStation gaming console? You'll be able to make that call in just a few weeks.

In this article: Apple, AppleWatchEvent2015, editorial, HBO, HBO Now, HBONow, hdpostcross, ott
All products recommended by Engadget are selected by our editorial team, independent of our parent company. Some of our stories include affiliate links. If you buy something through one of these links, we may earn an affiliate commission.