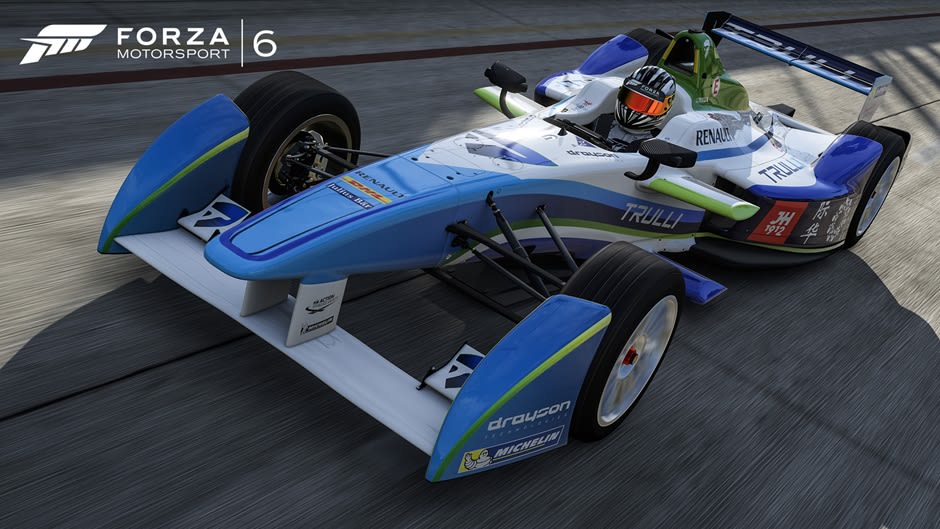 The first all-electric Formula E season may have just ended in real life, but the racers will keep going when Forza Motorsport 6 arrives. Microsoft announced today that after including a single car from the series as a DLC option for Forza 5, the sequel will include ten versions of the Renault Spark SRT_01E racecar representing each team. Other cars announced today include the 1988 Lamborghini Jalpa, 1965 Shelby Cobra 427 S/C and 1985 Toyota Sprinter Trueno GT Apex. The full list of cars announced so far (117 of 450 or so) is available on the official site, but we'll have to get closer to its September 15th release to see the rest.

Source: ForzaMotorsport.net
In this article: formulae, ForzaMotorsport, forzamotorsport6, microsoft, xboxone
All products recommended by Engadget are selected by our editorial team, independent of our parent company. Some of our stories include affiliate links. If you buy something through one of these links, we may earn an affiliate commission.