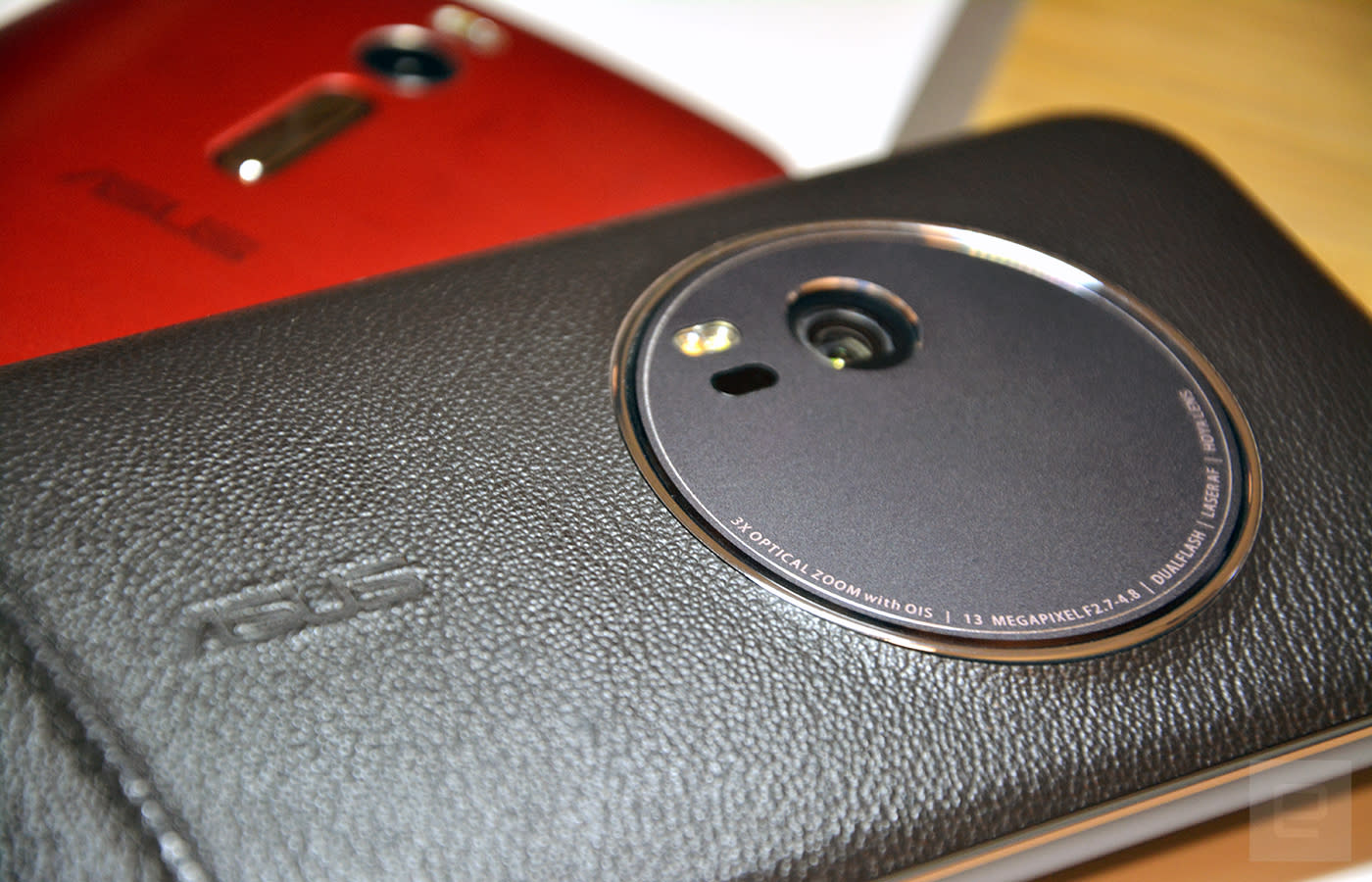 All good things take time, which is often the case with products coming from ASUS. In this case, we're looking at the ZenFone Zoom, the world's first modern smartphone to feature a camera with 3x optical zoom sans the protrusion (a homage to the Nokia N93, if you like). Exactly a year after its surprise unveiling at last year's CES, we bring you the good news that this quirky device is finally heading to the US in early February. The price? $399 off-contract, as originally intended. That's not bad given that unlike its closest competitor from Samsung, the ZenFone Zoom doesn't compromise its main specs and materials to make way for the expensive camera module.

ASUS enlisted help from two Japanese giants for the main camera: Panasonic supplied the 13-megapixel "SmartFSI" sensor, and HOYA crafted the 10-element lens. With everything fitted into a periscopic structure, this camera is able to provide 3x optical zoom without any parts protruding from the body. This is topped off with optical image stabilization, laser auto-focus and a dual-tone flash. Due to physical limitations, the camera's aperture ranges from f/2.7 (rather than the faster f/2.0 in most flagship phones' cameras) to f/4.8, so you may need a little more patience when using it. On the other side, you get a 5-megapixel camera for selfies, but you'll have to rely on the optional LolliFlash for extra lighting.

Apart from the slightly faster CPU, the single Micro SIM slot and the newer Gorilla Glass 4 here, spec-wise the rest of the phone is almost identical to the ZenFone 2. You get an Intel Atom quad-core processor (Z3950, up to 2.5GHz), a PowerVR G6430 GPU, 4GB of RAM, 64GB of internal storage, microSD expansion of up to 128GB, a 5.5-inch 1080p display and a 3,000 mAh fixed battery (it works with the bundled rapid charger or any Quick Charge 2.0 adapter). As for software, the device is running on Android 5.0 customized with ASUS ZenUI. On the outside, the ZenFone Zoom is held together by an aluminum body, and the back has a removable leather cover for accessing the microSD slot plus Micro SIM slot.

According to Corporate Vice President Benson Lin, the ZenFone Zoom is the result of two years of hard work, and it even got close to being canned a couple times. Luckily for us, Chairman Jonney Shih and CEO Jerry Shen insisted on keeping the project alive, and it ended up being the Taiwanese company's latest premium smartphone after the PadFone series. But will consumers buy this idea? Are they willing to pay more for optical zoom instead of just using digital zoom? (In fact, $399 can also get you a 128GB ZenFone 2 Deluxe.) Guess we'll find out over the next couple of months, especially with ASUS planning on bringing this model to a few more regions soon. If you're based in the US, stay tuned for more details later this month.

In this article: asus, atom, bensonlin, ces2016, G6430, gear, intel, mobile, phone, pixelmaster, powervrG6430, smartphone, us, video, z3590, zenfonezoom
All products recommended by Engadget are selected by our editorial team, independent of our parent company. Some of our stories include affiliate links. If you buy something through one of these links, we may earn an affiliate commission.