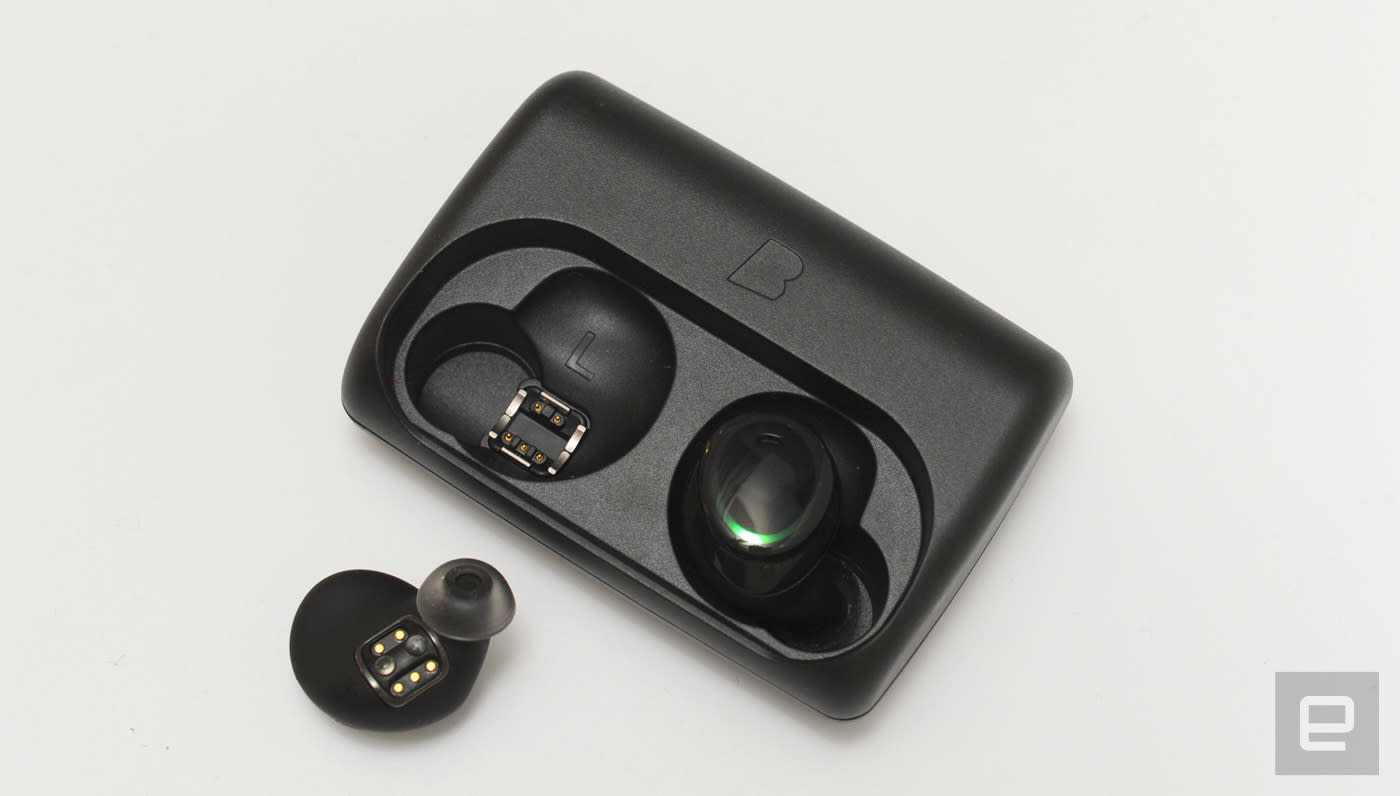 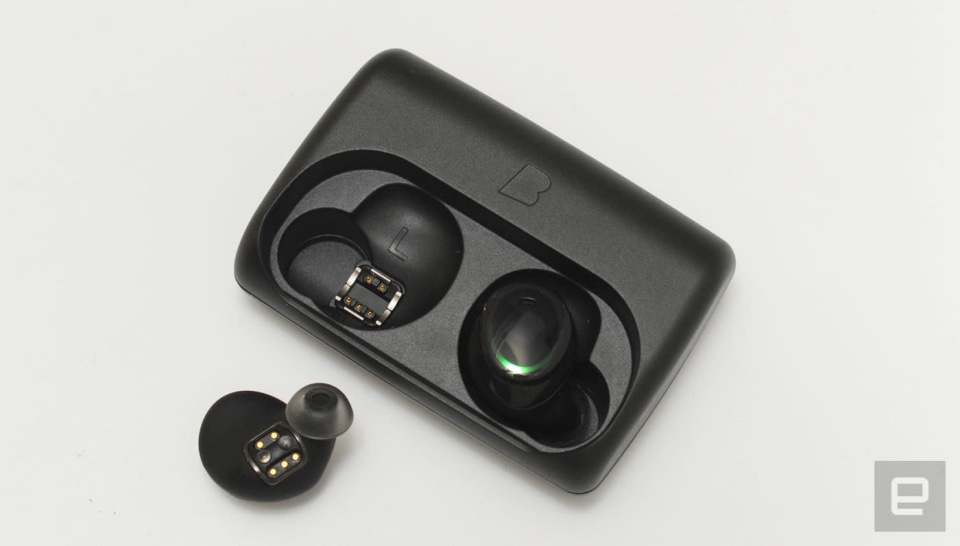 I insert a bud into my right ear, and then the left. A few seconds later I hear a woman's voice. She explains how I can listen to music on my phone, afterwards there is silence; deafening silence. Until I connect my phone to the wireless headphones, and the lady returns, confirming that everything is good, and I'm all set. This is probably the slickest gadget set-up I have ever experienced. An experience over 5,000 backers of the Bragi Dash are about to enjoy this week. The award-winning wireless fitness-tracking headphones have been a long time coming, but if these first few moments are anything to go by, that wait has been worth it. Bragi's Dash are easily the most ambitious headphones I've ever seen. One part waterproof fitness device (it tracks your heart rate, steps and many other things), and one part feat of engineering (these two buds contain a host of sensors and computing tricks it would have been almost impossible to imagine if they weren't right here in my hand). When I last tried them a year ago, the prototypes were functional, but missing key features and aesthetic polish. But today the Dash isn't just fully functioning, it's fully finished. And, as the lady in my ears tells me, ready to go.

The silence I am now experiencing is thanks to the snug fit blocking out the ambient sound. It feels unnatural at first, but comfortable, and secure. I tap the side of the right ear bud, and music starts to play. At first a little quiet, but swiping forward on the same bud increases the volume. The music -- a pulsing blast of EDM -- gives me an instant grin on my face. I feel the kick drums poke out of the mix, the synthesizers worm around inside my head, and I'm more than a little tempted to start wriggling in comfortable chair I am in. If I wasn't in a hotel suite with Bragi's CEO Nikolaj Hviid, I'd get up and dance. Getting the audio right was of utmost importance for Hviid's 100 or so-strong team. They have achieved it. This alone would make the Dash an exciting prospect -- truly wireless buds with great sound aren't that common. But the other ones you can find probably won't work when you go swimming. Or measure how far you ran, how many calories you burned, or work as a standalone (4GB) media player. They probably don't have audio transparency either, a dull-sounding feature which will both save lives, and makes the Dash even more polished.

After stopping the music, I return to the lonely silence. Hviid gestures to me that I should swipe forward on the left earbud. I do, and the ambient noise of the nearby Las Vegas strip gently floods into my ears. Hviid, with his confident smile, can see the look on my face that says "shit, that's pretty cool." For you, it means you don't need to take the Dash out every time you want to speak to someone. Or, if you're a cyclist or runner, you can hear that 18-wheeler that's coming up behind you. For me, it's just another feature that I might now find hard to live without.

With the headphones still in my ears (and transparency on, of course), Hviid tells me about some of the challenges they had to overcome. I think he wants to be sure that his team's hardwork doesn't go unrecognized. Nothing about the Dash has been easy. Our fleshy, boney heads give Bluetooth a hard time. And given the pair of buds are not physically connected to each other, that's a problem. Hviid turned to a technology called NFMI -- often found in hearing aids -- adapted it for use in the Dash, and solved this connectivity problem. "You'll start seeing NFMI other wireless headphones a lot more," he humble-brags. The Dash were designed to compliment an active lifestyle. Something I can't test from the wingback armchair I am sat in during out meeting. But I can't wait to do so. If you also want to, you only have a short wait left until the February availability for regular online purchases ($299). For now, I slot the Dash into their magnetic case, that is also a portable battery / wireless charger and look forward to fully testing them outside of the safety of a Vegas hotel.

In this article: activitytracker, av, bragi, ces, ces2016, dash, fitnesstracker, gadgetry, gadgets, gear, hands-on, headphones, mobile, timeline16cesdaytwo, wireless
All products recommended by Engadget are selected by our editorial team, independent of our parent company. Some of our stories include affiliate links. If you buy something through one of these links, we may earn an affiliate commission.