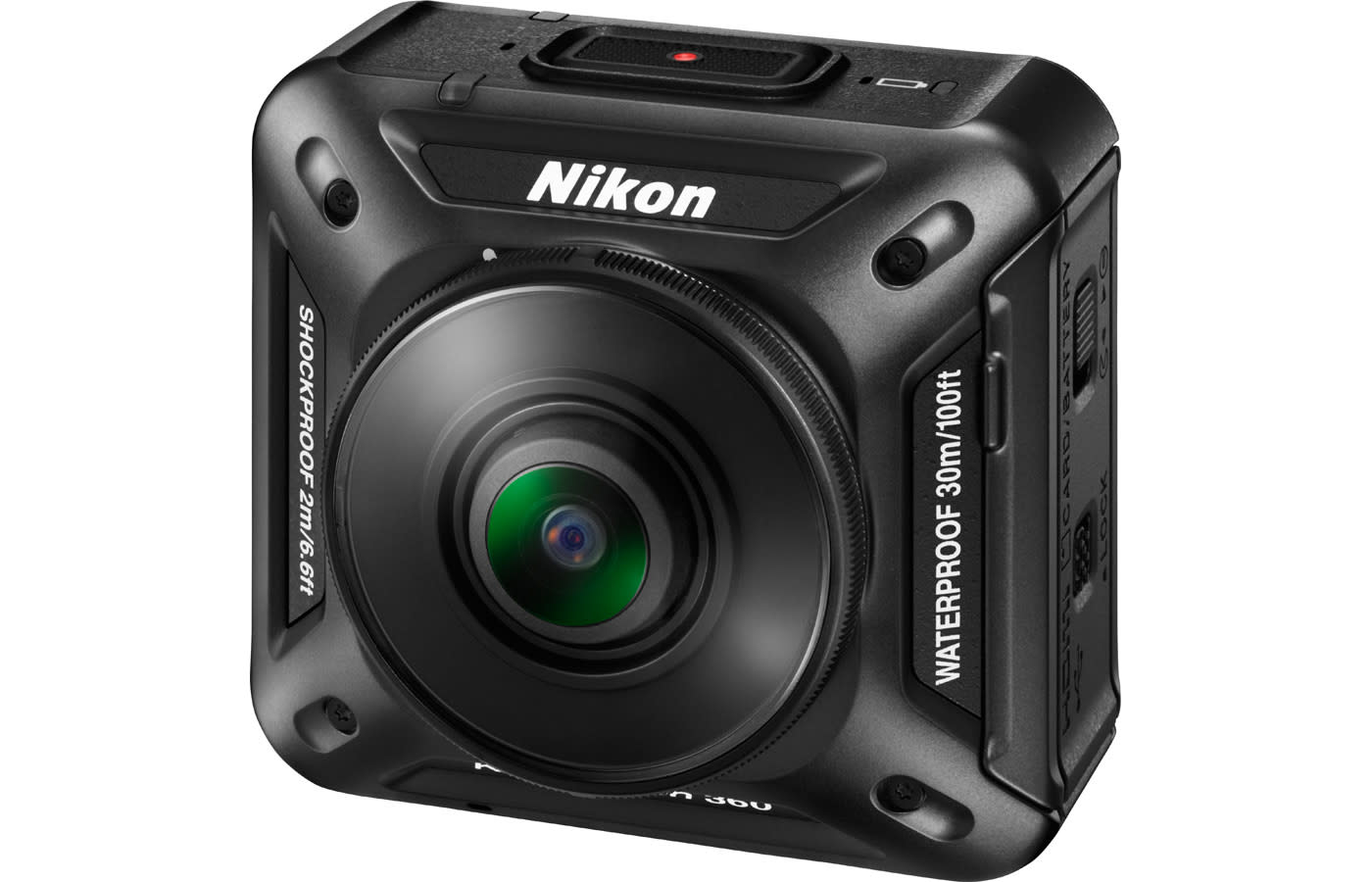 Nikon isn't exactly quick to jump on the latest trends, as it still lacks a mirrorless camera with a truly large sensor. However, it just filled a giant hole in its lineup by launching its first action camera: meet the KeyMission 360. As the name implies, the tiny, cube-like cam is designed from the start for 360-degree images and virtual reality. It's also toughened up like many of the incumbent offerings, with drop-proofing to 6.6 feet and waterproofing to depths of 100 feet.

The camera maker isn't saying much about what it's like on the inside, but it's promising 4K recording with electronic image stabilization. You'll have to wait until sometime this spring to get it, and there's no mention of the price. However, we'd expect that VR-ready design to carry a premium next to 'plain' action cameras from the likes of GoPro -- which, we'd add, doesn't have a native 360-degree camera just yet.

In this article: 360-degree, 360degree, ActionCamera, cameras, ces, ces2016, gear, keymission360, nikon, VideoCamera, virtualreality, vr
All products recommended by Engadget are selected by our editorial team, independent of our parent company. Some of our stories include affiliate links. If you buy something through one of these links, we may earn an affiliate commission.