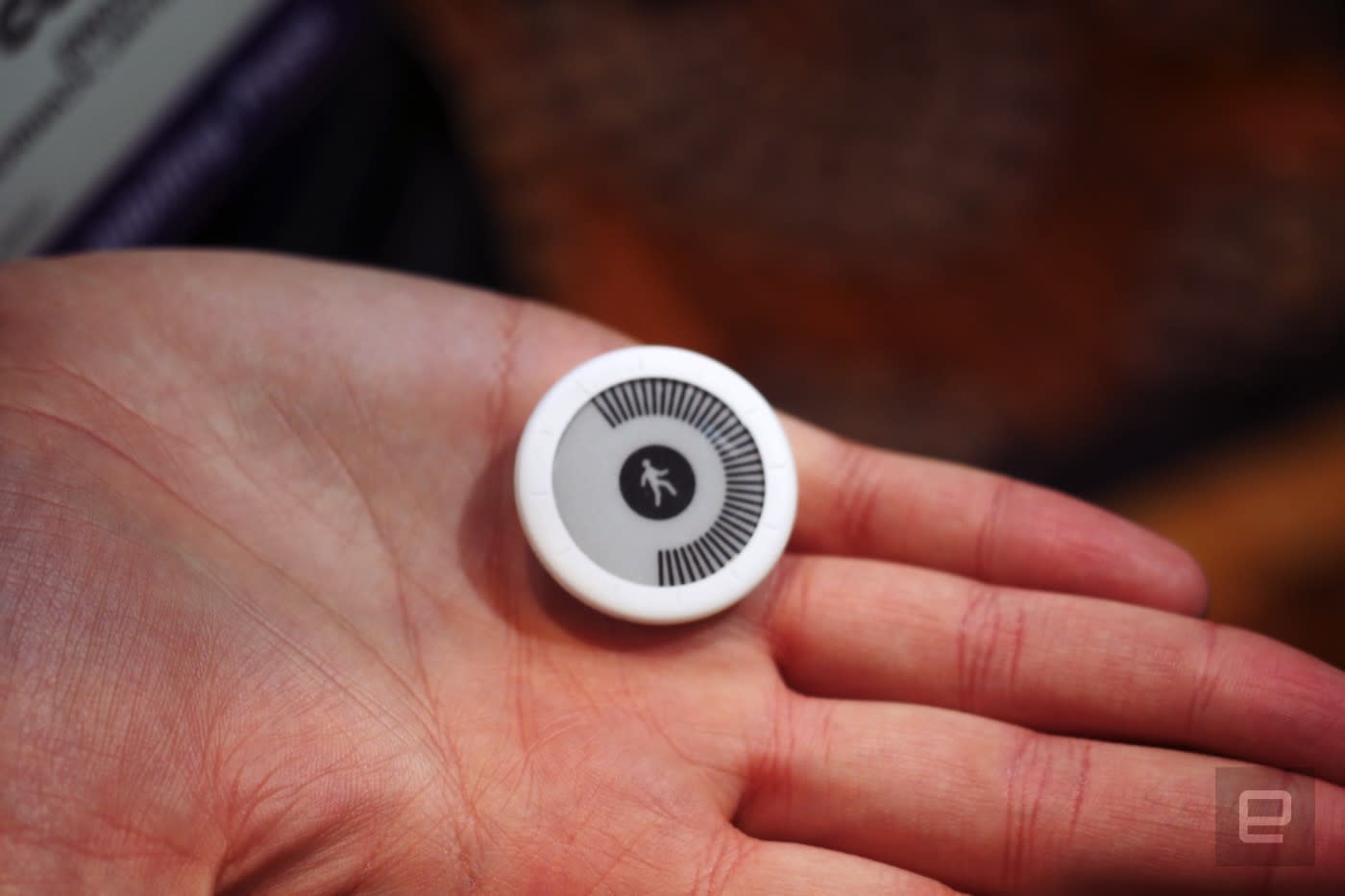 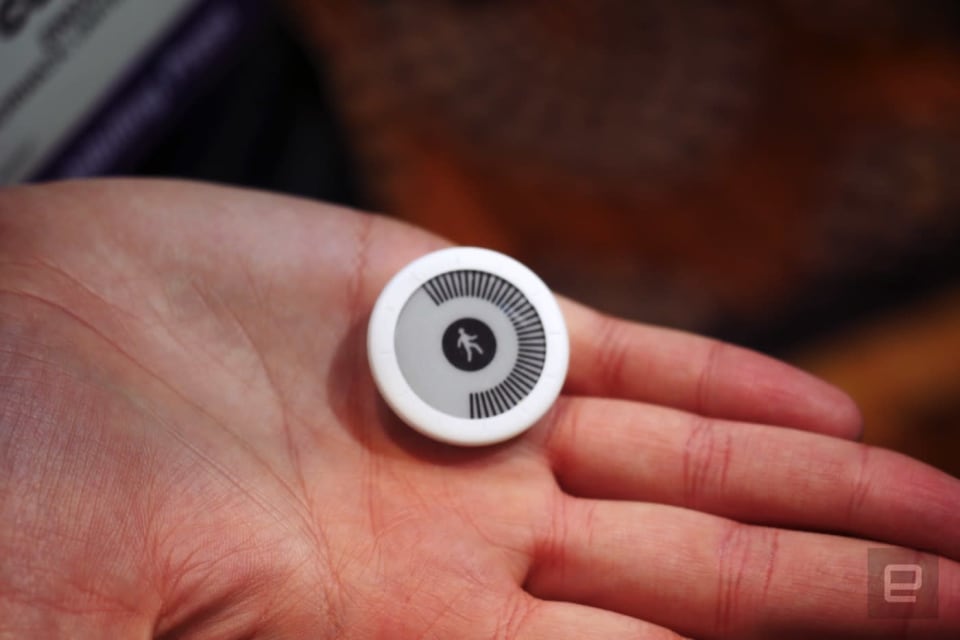 Withings has spent the last eighteen months courting wealthy fitness nerds with its high-end range of Activite watches. 2016 sees the firm turn its attention towards the low-end crowd, putting the French firm in a straight-up fight with budget champions like Misfit and Xiaomi. The Withings Go is a clip-on wearable that, unlike its rivals, comes with an E-Ink display that'll keep you informed of your progress as you go about your day. The device goes on sale at some point before March, and will set you back $70.

Unlike the $20 MiBands and $30 Misfits, Go owners won't be expected to lose their devices on a regular basis. To that end, there's a built-in clip that lets you attach the unit to a keychain, belt loop or handcuff -- we won't judge. In addition, you can wear the Go as a watch, thanks to a handy rubber strap that'll holster the device around your wrist. The center of the display is imperceptibly raised, it's a button that enables you to switch between providing your fitness count and the watch face.

Like Withings' other devices, the Go can discern the difference between walking, running and swimming, which you can do since it's waterproof. Wear it at night and the unit will also track your sleeping patterns, information that'll be pumped to the company's Health Mate companion app. There's no recharging, either -- Go uses a watch-style cell battery that's expected to last up to eight months at a time.

It's not the only thing that the firm is launching at CES this year, yesterday it launched a thermometer that you place to your temple. The Withings Thermo will sell for $100 and arrive before March. Similarly, the Withings Go will also launch at some point before the end of March and will cost you $70. It'll come in five colors: black, blue, green, red and yellow, and will probably do.

In this article: ActivityTracker, CES2016, Clip, gear, hands-on, wearables, Withings, WithingsGo
All products recommended by Engadget are selected by our editorial team, independent of our parent company. Some of our stories include affiliate links. If you buy something through one of these links, we may earn an affiliate commission.