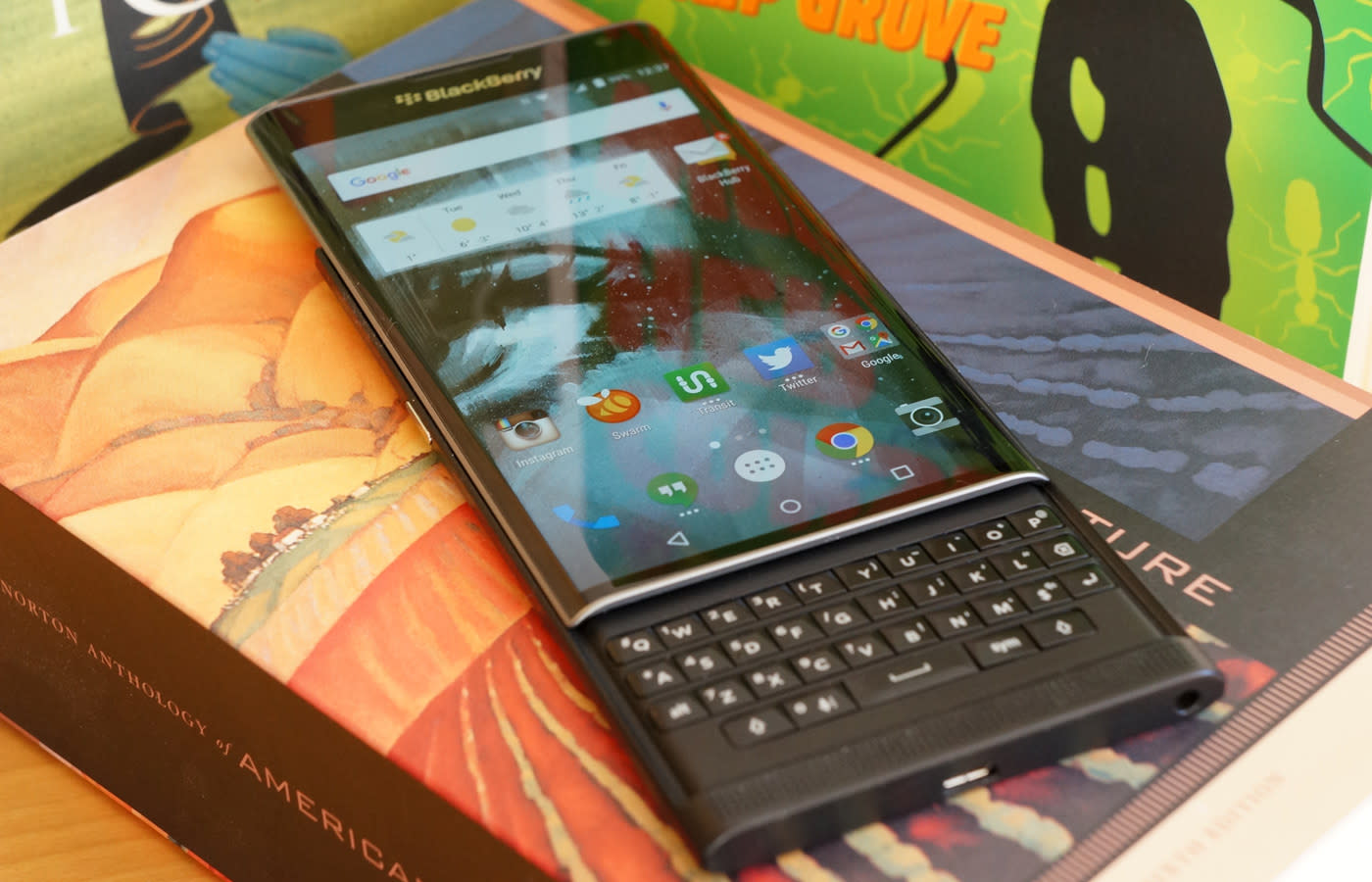 For two months now, there were only two worthwhile ways to get a BlackBerry Priv in the US — you could buy one unlocked straight from the source or ink an agreement with AT&T. That won't be the case for much longer, though. BlackBerry CEO John Chen just confirmed here at CES that Verizon, Sprint and T-Mobile have all signed on to sell the Priv... at some point. Chen couldn't provide any further information on when these carriers will officially add BlackBerry's latest phone to their line-ups, noting that "they all like to do that themselves". Fair enough, John.

Still, Chen was keen to give us at least a few hints. A persistent rumor suggested that T-Mobile would start selling the Priv on January 26, and CEO John Legere was the only carrier head identified by name during the announcement. Chen's advice? Keep an eye on Legere's Twitter account. The fact that we've been able to buy unlocked Privs and slip compatible SIM cards (like T-Mo's) into them makes me wonder what sort of growth potential BlackBerry sees in the Priv now, but hey — Verizon and Sprint have no shortage of corporate and government customers who need secure devices. And for what it's worth, Chen is still bullish in his belief that BlackBerry can make money in the persnickety mobile phone market — he believes the company is pretty damned close.

In this article: android, blackberry, ces, ces2016, gear, mobile, priv, smartphone, sprint, tmobile, verizon
All products recommended by Engadget are selected by our editorial team, independent of our parent company. Some of our stories include affiliate links. If you buy something through one of these links, we may earn an affiliate commission.