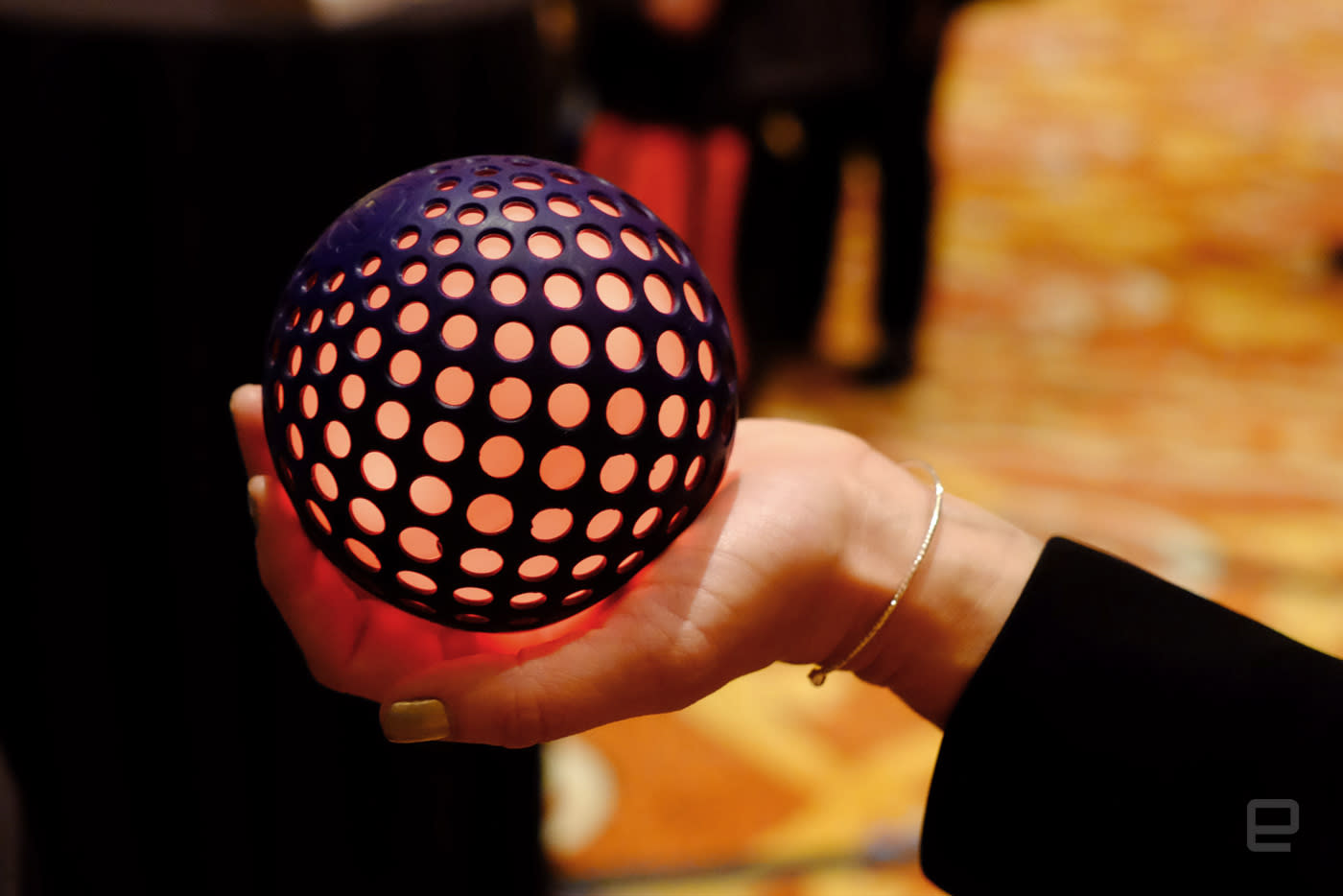 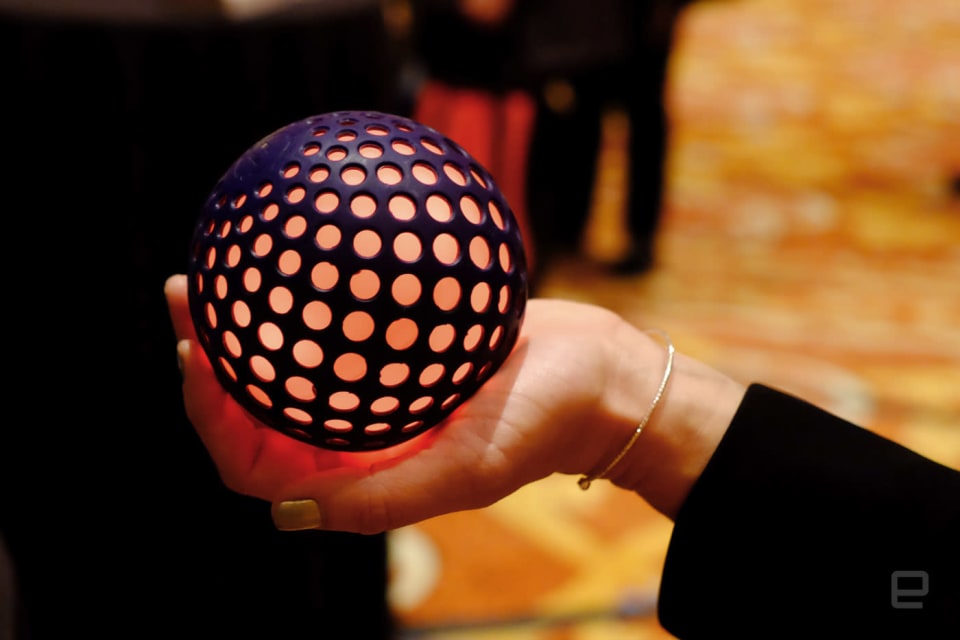 After launching on Kickstarter last year, Hackaball, a programmable toy for kids, is almost ready for prime time. It's already sold out its initial pre-order run, but you'll soon be able to snag another batch for $85. Hackaball is expected to ship in March, the company says.

The prototype Hackaball we held felt great, with a bouncy silicone shell that covered its precious computerized internals. There's also an additional silicon sleeve that gives it a decent amount of grip. Hackaball CEO Sebastian Potter tells us that sleeve is also meant to encourage kids to open up the device and play around with it.

You can program Hackaball using the company's app on an iPhone or iPad. But what's really impressive is that the app seems designed specifically to get kids interested in tweaking the toy. Commands are clearly laid out, and the app directs kids to do things like change lights or make noise based on a variety of behavior. There's even support for rudimentary conditional statements.

In this article: CES2016, culture, edtech, gadgetry, gadgets, gear, Hackaball, hands-on, programming, timeline16cesdaythree
All products recommended by Engadget are selected by our editorial team, independent of our parent company. Some of our stories include affiliate links. If you buy something through one of these links, we may earn an affiliate commission.