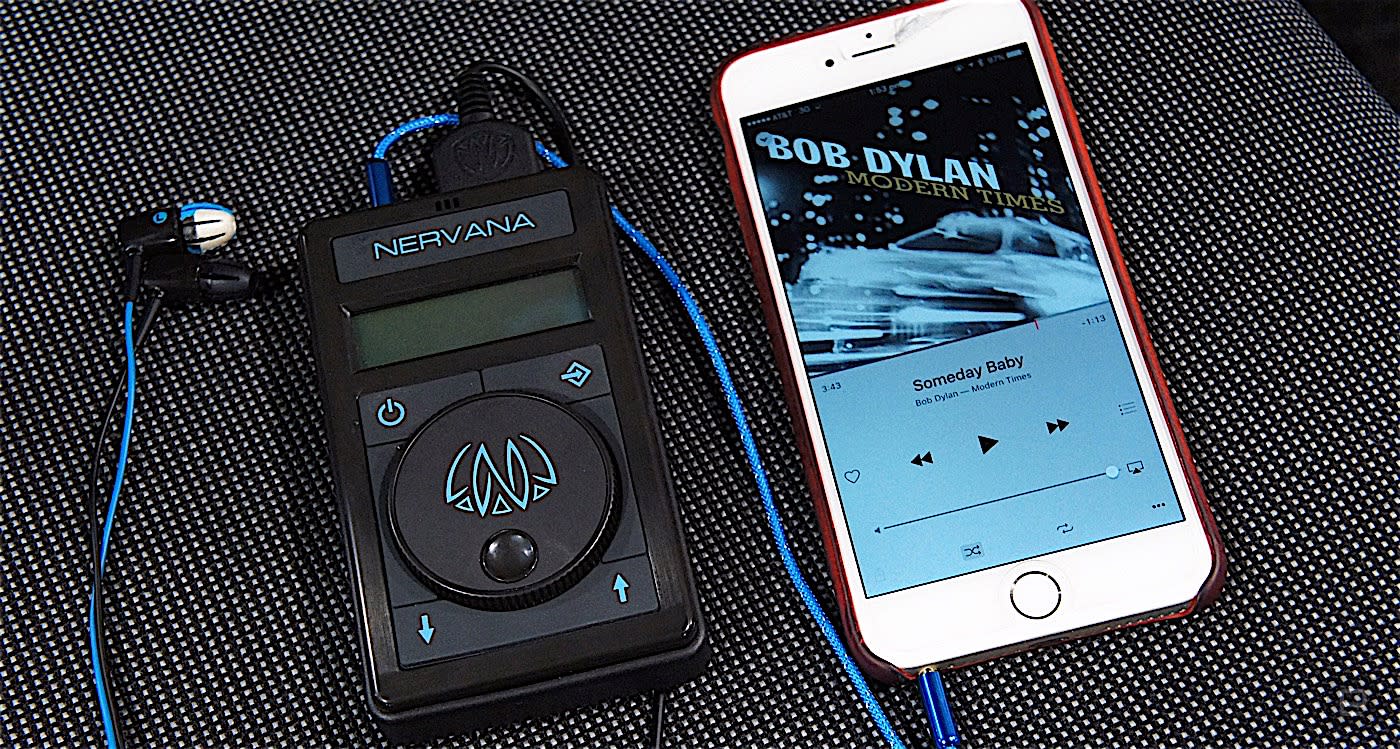 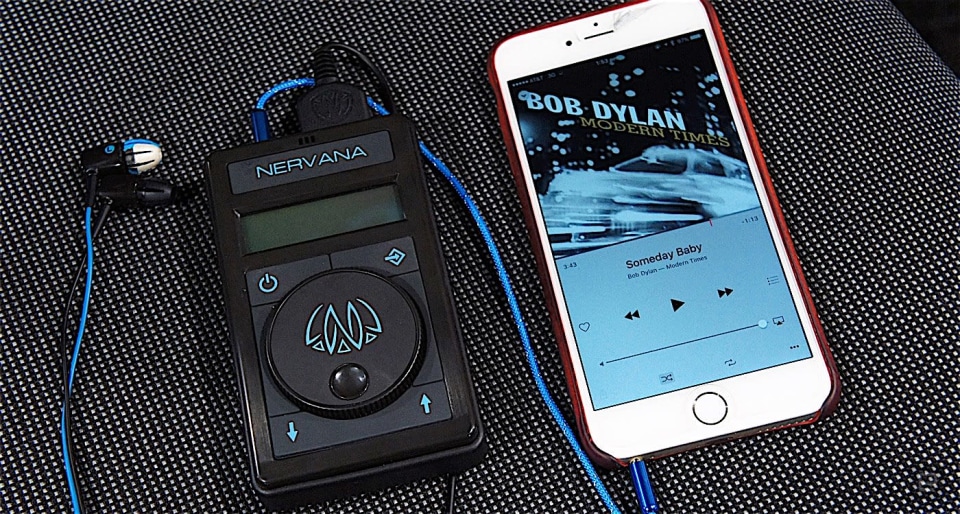 Behind the scenes at Engadget, my nickname is "Mr. Chill" because I'm the most permanently-wound member of the team. That's why I had to meet Nervana, a company promising to use music to send pleasure signals to my brain. The firm, based in Boca Raton, claims to have discovered a way to excite the brain's Vagus nerve by pushing an electric current through the ear canal. When stimulated, this nerve promotes the creation of dopamine — the brain's happy chemical — which should lead to you becoming more relaxed. Naturally, if there was an opportunity to transform myself from "Mr Chill" to Mr Chill, I had to go for it.

Vagus nerve stimulation is nothing new, although it's more commonly done with a surgical implant that's akin to shoving a pacemaker into your brain. There is one device that's similar to Nervana, NEMOS, which is currently used to treat epilepsy in certain people. Nervana is similar-looking to the other device, looking like a slightly geeky guitar pedal with four buttons and a large wheel in the center. Inside, there's a 9V battery that promises to offer 30 hours of use before needing to be swapped out. While it's entirely possible to undergo this therapy without music, company CEO Ami Brannon says that the addition of tunes makes the process more enjoyable.

According to the team, the device harnesses beat-heavy music and sends out the electrical pulses in time with the tune. For the demo, my phone's music library was scanned, with AC/DC's Back in Black considered suitable for the test. I had to connect my music player to Nervana via a 3.5mm male-male cable, and the feed is pushed out via special headphones. The left earphone contains a pair of electrodes that, via an earbud made of conductive silicon, sends the electricity through the corresponding ear canal.

It took a lot of trial and error to get to the point where the stimulation was working, and having Back in Black screaming at high volume certainly wasn't conducive to a relaxing environment. Then again, when the system began to work, I could certainly feel some sensation, although nothing too discomforting. After about 14 minutes, I did feel a mild sense of elation that lasted until I shut down the device, and for the next five minutes, I was a little spaced out.

At last year's CES, I helped test out Thync, a wearable that was designed to calm you down or get you pumped up for a big day. Similar to that device, it's hard to know at first blush if the sensations that I felt were genuine or simply a byproduct of the environment. After all, sitting down and listening to 15 minutes of music, drowning out the din of a loud and busy trade show, could probably make you feel similar levels of relaxation. With all of these things, it's impossible to say if their effective without significant testing under less chaotic conditions.

If you're looking to try it for yourself, I'm told that the device will be available for sale at some point in the second quarter of the year. It'll retail for $299, and the company has promised me that it's already looking at ways to make finished product significantly more elegant than what's available today.

In this article: av, CES, CES2016, gear, hands-on, Nervana, timeline16cesdayfive, wearables
All products recommended by Engadget are selected by our editorial team, independent of our parent company. Some of our stories include affiliate links. If you buy something through one of these links, we may earn an affiliate commission.