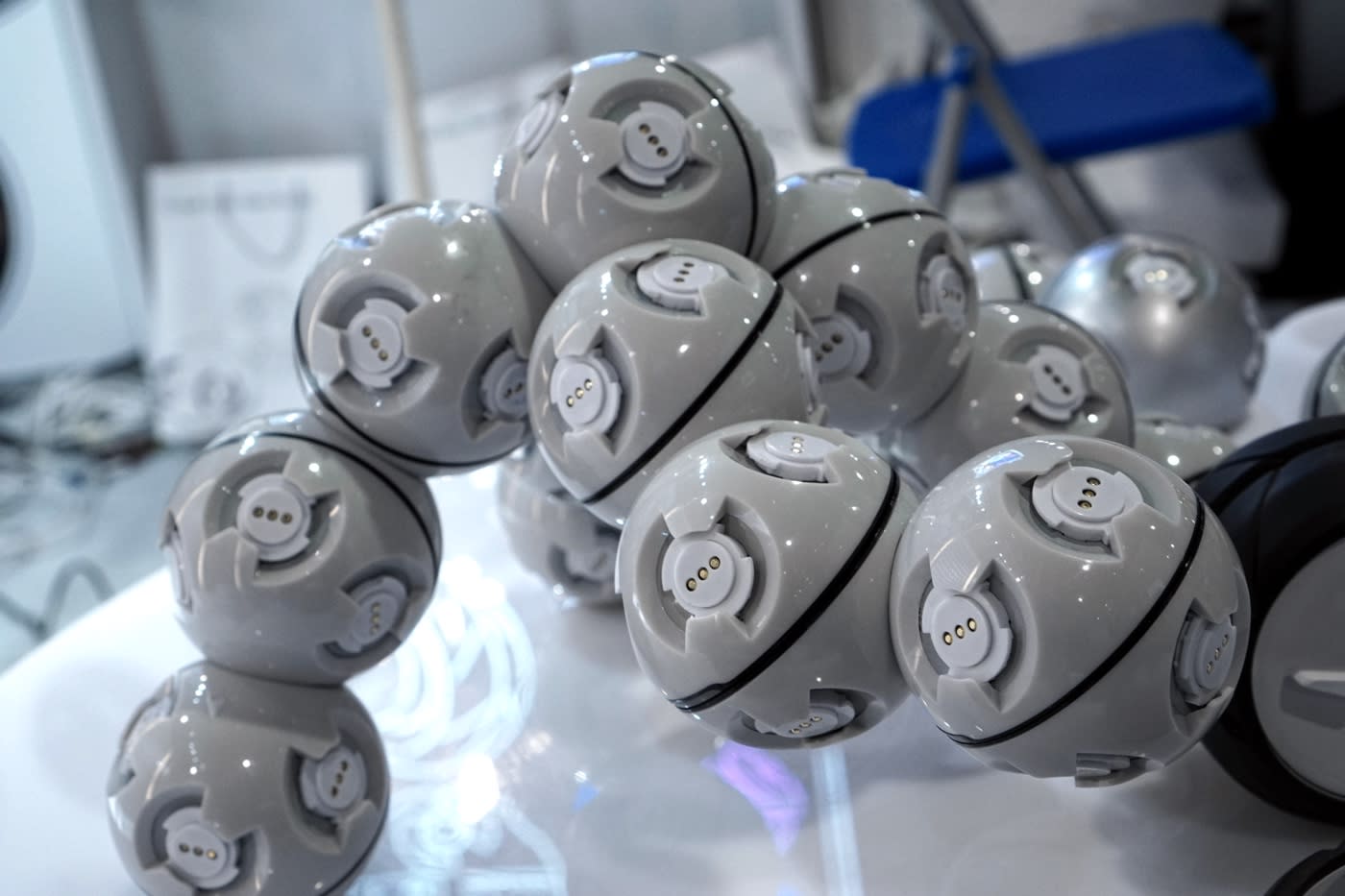 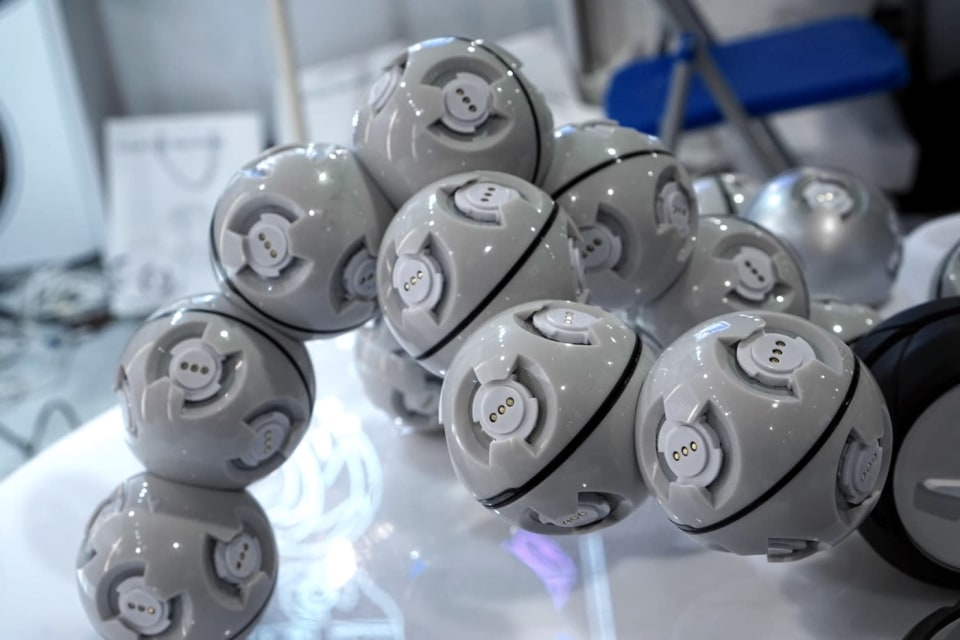 When we first heard of CellRobot, a device that can be customized by linking up to 100 separate bots, it seemed like a genuinely cool idea. You could, for example, snap two wheels onto a CellRobot to make it drive around or join several together to crawl on the floor. At the same time, it also felt like the sort of thing that makes a better concept than an actual product. We made a point of hunting down the CellRobot at CES to see it in action. The result? It's pretty unique, but there's still a long road ahead for KEYi, the Chinese company developing the bot.

The centerpiece of the CellRobot system is a "heart" unit, which houses the CPU and battery. You can snap in several "cell" units to give your creation some shape. And there are also "x-cells" -- more-functional pieces meant for the ends of CellRobot chains. Right now that includes wheel, light, desk clamp and camera modules. KEYi managed to build hardware that feels solid in your hands, and the pieces connect together in a satisfying way.

You can control your CellRobot creation from a mobile app, though we didn't get a chance to see that in action on the show floor. At this point it remains an intriguing concept, but unless KEYi manages to build more-useful cells or gets help from other companies, CellRobot seems more like an expensive toy than anything truly groundbreaking.

The company originally attempted to raise money on Kickstarter, but it ended up canceling that campaign after failing to meet its goals. It's unclear where CellRobot is going from here, but I wouldn't be surprised to see the company attempt crowdfunding again with a more focused campaign.

In this article: Cellrobot, CES, CES2016, gadgetry, gadgets, gear, Keyi, modularrobots, robots
All products recommended by Engadget are selected by our editorial team, independent of our parent company. Some of our stories include affiliate links. If you buy something through one of these links, we may earn an affiliate commission.