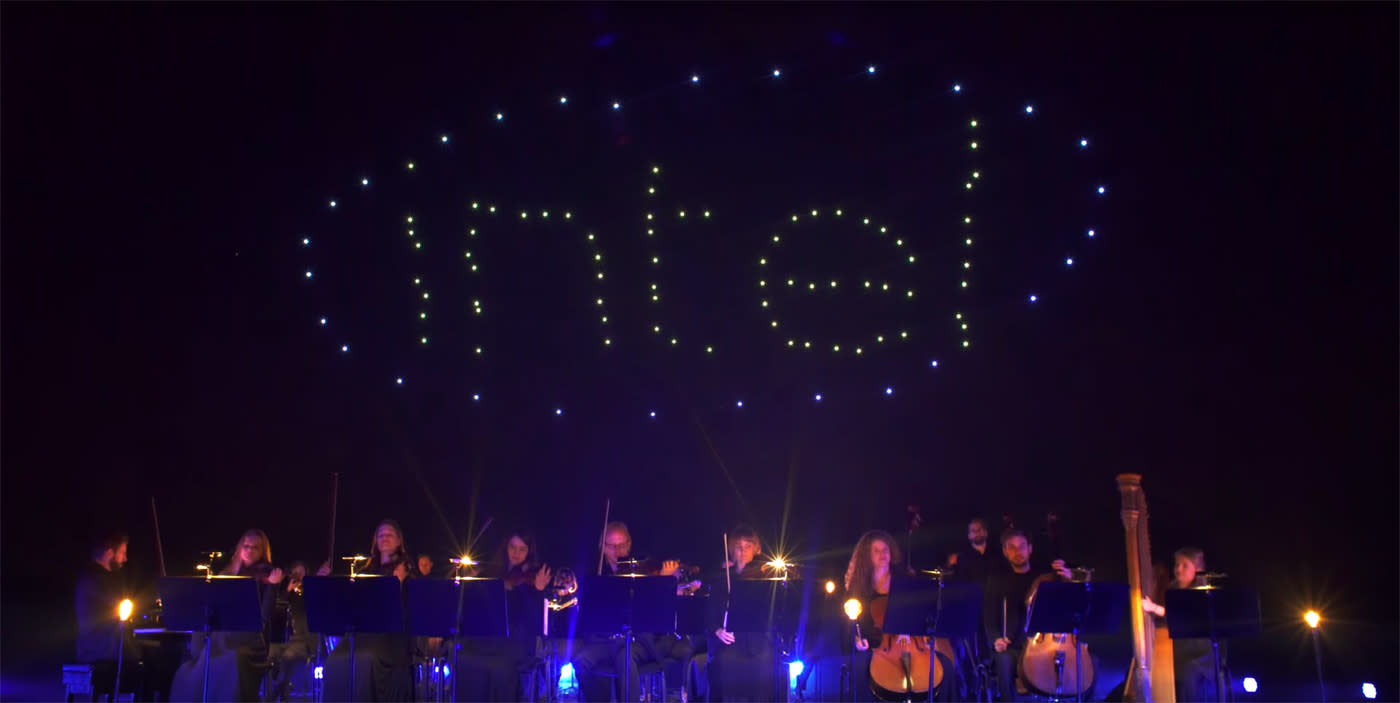 Intel talked a big game when it said that it set a Guinness World Record for the most drones controlled by a single person, but it now has the evidence to back up that braggadocio. Guinness has posted a video of the feat, which saw 100 drones perform a light show (coordinated by Intel software, of course) while humans played Beethoven's Symphony No. 5 on the ground. Is it a publicity stunt? Absolutely. But it's still fun to watch, and it's proof that drone swarms are easier to control than ever.

In this article: ces, ces2016, concert, culture, drone, gear, guinness, GuinnessBookOfWorldRecords, GuinnessWorldRecord, intel, performance, robot, robots, video
All products recommended by Engadget are selected by our editorial team, independent of our parent company. Some of our stories include affiliate links. If you buy something through one of these links, we may earn an affiliate commission.