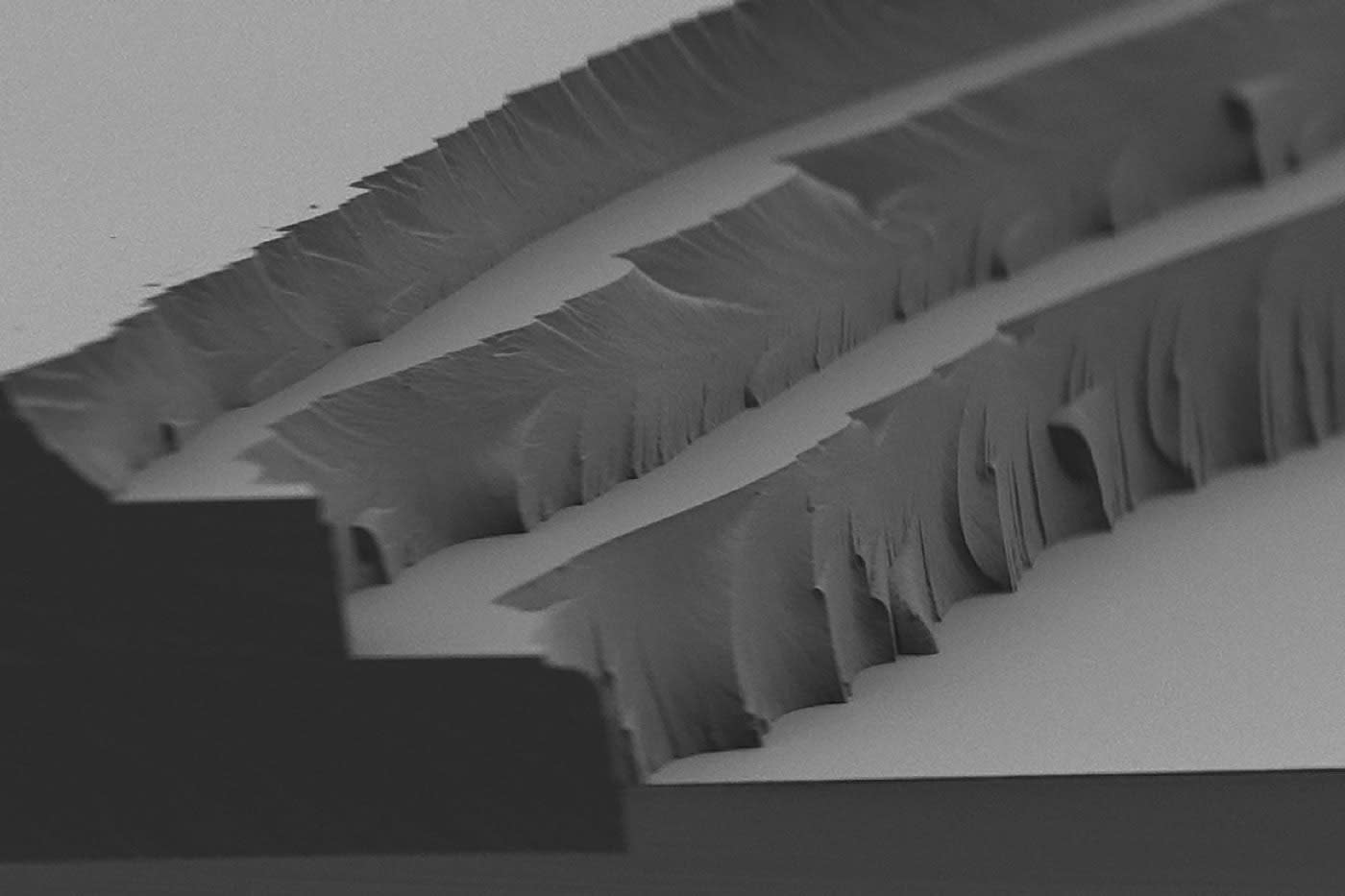 Solar projects are usually focused on generating electricity, but we could arguably save more power by storing heat. Scientists from MIT have created a new type of solid material that does exactly that. When exposed to sunlight, it assumes a "charged" state that can be maintained for long periods of time. However, when triggered with a small burst of heat, the material reverts to its original chemical composition, releasing a much larger amount of heat energy. Since the film is thin and transparent, scientists think it could be useful in the near future for defrosting your car's windshield and could one day heat your home or even your clothes.

The film can be made using a two-step process that's "very simple and very scalable," according to grad student Eugene Cho. The scientists start with materials called azobenzenes that change their chemistry when exposed to sunlight. They then modify them so that they can change states with a burst of heat, which in turn releases much more energy. The current prototype can increase the ambient temperature by 10 degrees Celsius (about 18 degrees Fahrenheit), which is enough to break ice off of a windshield, for instance. Since the material is transparent, it could be used on the front windshields of cars, saving a lot of energy over the normal defrosting process.

The team needs to change the tint of the film so that it's less yellow, and is also aiming to double the heat yield to a 20 degree Celcius boost (36 degrees Fahrenheit). However, the existing material is already good enough for defrosting and other heating applications, and could be manufactured relatively easy as-is. "The research is a major advance towards the practical application of solid-state energy-storage/heat-release materials from both a scientific and engineering point of view," says Ted Sargent, a University of Toronto professor not involved in the research.

In this article: Film, green, Heat, MIT, science, SolarEnergy, SolarThermalFuels, Storage
All products recommended by Engadget are selected by our editorial team, independent of our parent company. Some of our stories include affiliate links. If you buy something through one of these links, we may earn an affiliate commission.