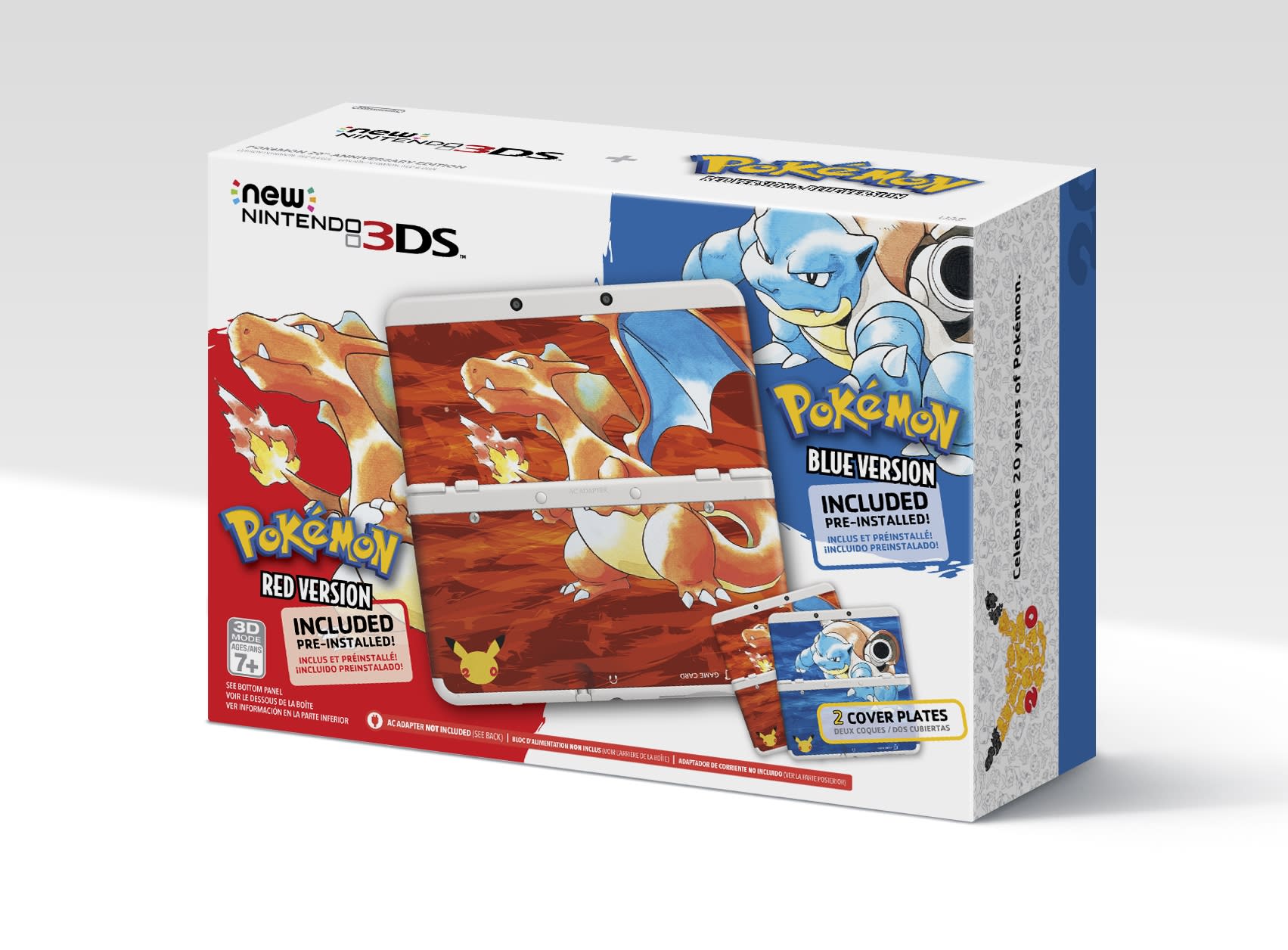 Happy birthday, Pikachu! And Bulbasaur, and Charmander, and Squirtle, and Growlithe, and ... about 700 other adorable creatures. February 27th is Pokémon Day, and this year Nintendo is celebrating the franchise's 20th anniversary with the release of a special 3DS bundle. It includes Pokémon Red and Pokémon Blue pre-installed, plus two cover plates with artwork from the original games and a download code for an exclusive Home Menu theme. Pokémon Red, Blue and Yellow will be available to download in the 3DS eShop on February 27th, as well.

That's not all Nintendo and The Pokémon Company have planned for the anniversary. Nintendo will re-release some of its best-selling Pokémon amiibo -- specifically Charizard, Jigglypuff, Greninja and Lucario -- at select retailers on Pokémon Day. Hungry collectors, rejoice.

Fans of the animated series get some love in 2016, too. Nintendo will release 12 full-length Pokémon feature films on iTunes, Google Play and Amazon throughout the year, beginning in January. We're talking digitally remastered versions of Pokémon: The First Movie, Pokémon the Movie 2000 and Pokémon 3: The Movie, among others. Additionally, Pokémon TV -- accessible on Pokemon.com, Roku, Chromecast and Amazon Fire platforms -- will host one film a month, and the first three Pokémon movies will be available in Blu-ray and DVD bundles this year.

Plus, as we knew, the real-life monster-hunting game Pokémon Go hits mobile devices this year and Pokken Tournament, the Pokémon fighting game, hits Wii U in the spring.

In this article: 3ds, amiibo, art, av, business, gaming, nintendo, personal computing, personalcomputing, Pokemon, PokemonBlue, PokemonDay, pokemonred, pokemonyellow, thepokemoncompany
All products recommended by Engadget are selected by our editorial team, independent of our parent company. Some of our stories include affiliate links. If you buy something through one of these links, we may earn an affiliate commission.