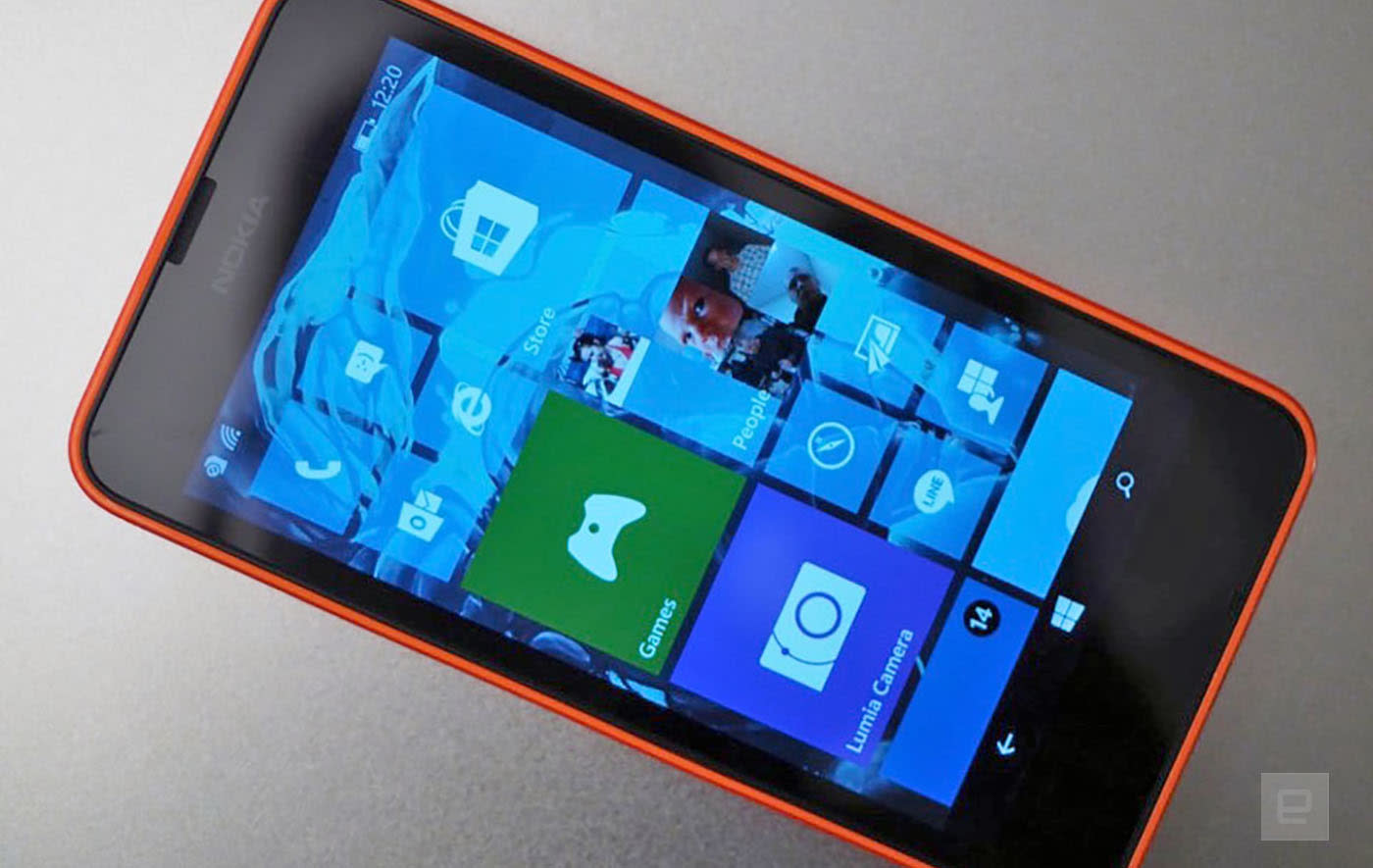 After Microsoft delayed the release of Windows 10 for Windows Phone 8.1 handsets, there are signs that it's finally ready to roll. The software giant has launched an internal beta for the Mobile Upgrade Advisor for Windows 10, as spotted by a Neowin reader. That's similar to the tool it used last year to prep PC users for Windows 10. According to the description, the app "will tell if your Windows 8.1 phone is eligible to upgrade to Windows 10 Mobile. It can also help free up space on your phone so you're ready to upgrade." It's still not available for the public to download, but that situation should change soon.

The OS has already arrived on the latest Lumia 950 and 950 XL models, but the upgrade for older devices was delayed last month. No reason was given, but our review of the Lumia 950 showed the OS still needed some tweaking and polish. The new software apparently takes up a lot more room, too, as Microsoft advises that "you may need to free up some space to get [Windows 10]. The app will recommend files, such as videos or photos, that you can temporarily move to OneDrive or an SD card, if you have one installed." You may want to start any such housekeeping now if you have a Windows 8.1 phone, as the upgrades could start rolling out as early as next week.

In this article: gear, Lumia, microsoft, mobile, Update, Upgrade, UpgradeAdvisor, Windows10Mobile, Windows8.1, WindowsPhone
All products recommended by Engadget are selected by our editorial team, independent of our parent company. Some of our stories include affiliate links. If you buy something through one of these links, we may earn an affiliate commission.