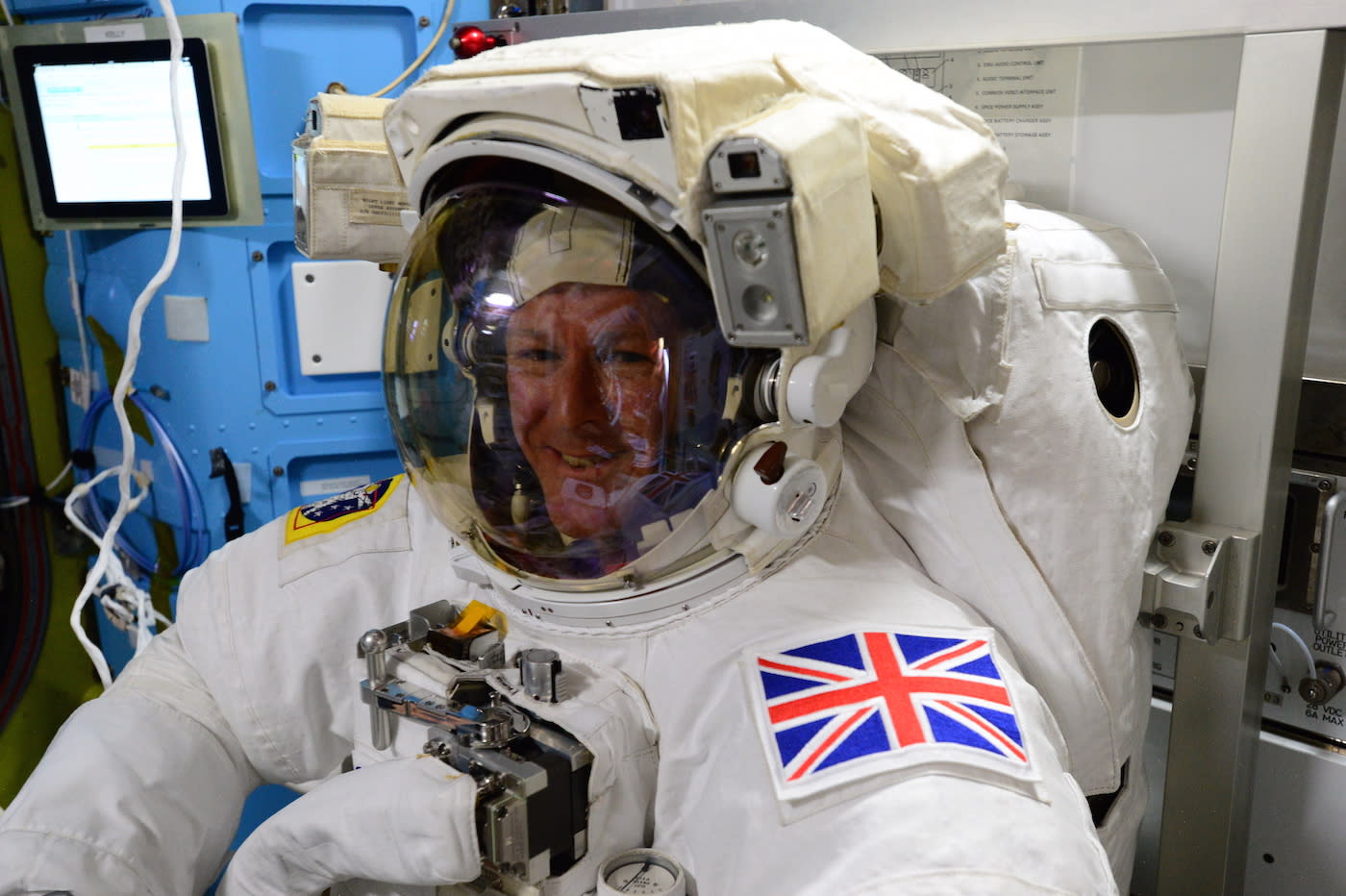 At 12:55pm GMT (7:55am ET, or 4:55am PT) British astronaut Tim Peake will step outside the International Space Station (ISS) for the first time. He'll be accompanied by NASA astronaut Tim Kopra and together they'll perform some crucial repair work. The pair's main task is to replace a broken Sequential Shunt Unit (SSU) which transfers power generated by the Station's solar arrays. As the European Space Agency explains, the job needs to be completed within 30 minutes while the ISS passes through the Earth's shadow, as this mitigates the risk of high-voltage sparks.

The SSU can be removed with a single bolt, which means it should be relatively easy to replace. However, complications are always a possibility. Peake says astronauts have found it difficult in the past to turn the screw, most likely because debris has been caught in the thread. "In true The Martian style we (have) fabricated a makeshift tool out of a toothbrush to clear the pinion thread if necessary," he explained on his ESA blog.

Once the operation is complete, Kopra and Peake will move on to a series of lower-priority tasks which include laying cables and reinstalling a valve that was removed as part of the Leonardo module relocation last May. They'll be outside for six hours and 30 minutes in total; NASA's live coverage starts at 11:30am GMT (6:30am ET, or 3:30am PT).

In this article: esa, internationalspacestation, iss, nasa, science, space, spacewalk, timkopra, timpeake
All products recommended by Engadget are selected by our editorial team, independent of our parent company. Some of our stories include affiliate links. If you buy something through one of these links, we may earn an affiliate commission.