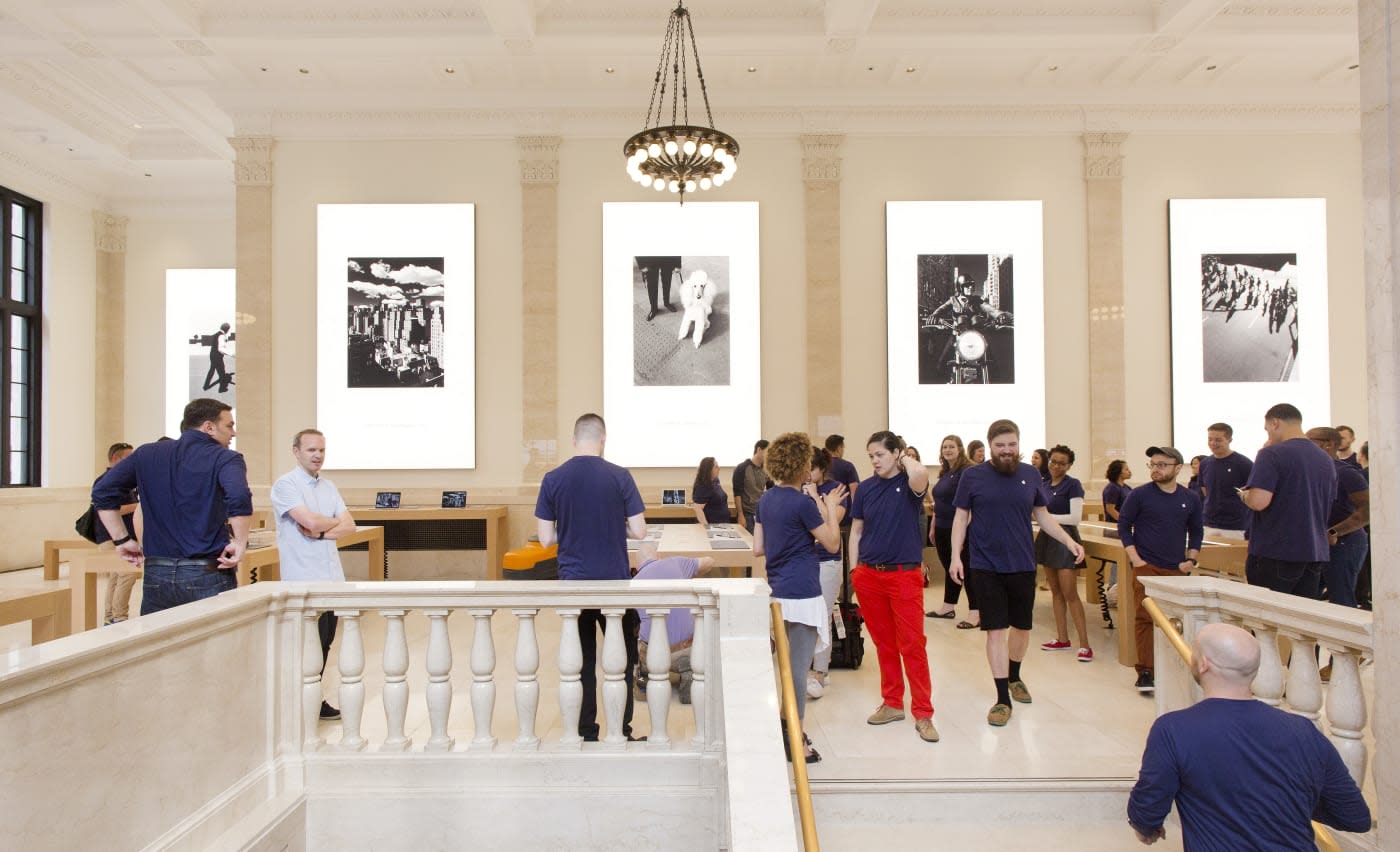 Apple mildly improved employee diversity this year, but voted against a proposal to improve it where the problem is worst -- the executive suite. According to the company's latest EEO-1 Federal Employer Information (FEI) filing, it had a net increase of 1,475 black employees, 1,633 hispanics and 4,586 women. That bumped the overall percentages slightly for black and hispanic people, while the number of female employees rose from 28.7 to 30 percent. Earlier this year, Tim Cook said that the company hired 11,000 women in 2015, 65 percent more than last year. If that's accurate, then the EE0-1 reports shows that a lot of women and minority employees also left the company in 2015.

Apple says it prefers to define diversity using its own metrics, saying the EEO-1 system "has not kept pace with changes in industry or the American workforce over the past half century." However, the report is an excellent way to compare companies, and shows that while Apple's diversity is comparable to Facebook, Google, and Intel, it's still lagging behind progressive companies like Yahoo and eBay.

Cupertino fares worse when it comes to leadership. With 72 percent of its executive suite being white and male, the company lags far behind Facebook, Google and Microsoft. Despite that, Apple's board recommended a vote against a recent investor proposal to increase executive diversity, calling it "unduly burdensome and not necessary." The company justified the decision by saying it's doing enough with its current programs, and "actively seeks out highly qualified women and individuals from minority groups to include in the pool from which Board nominees are chosen." Last year, however, that policy barely moved the needle in the C-Suite.

In this article: apple, business, culture, Diversity, EEO-1, Employees, minorities, ratio, timeline16diversity
All products recommended by Engadget are selected by our editorial team, independent of our parent company. Some of our stories include affiliate links. If you buy something through one of these links, we may earn an affiliate commission.