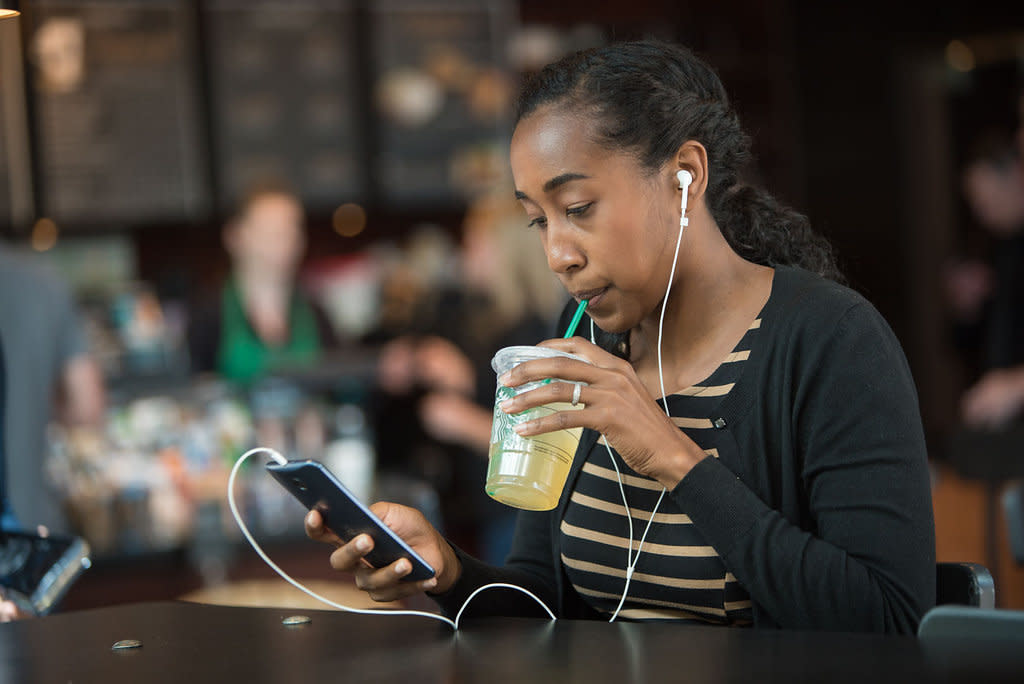 You're in a Starbucks. A sick beat suddenly kicks in over the PA. You must know who is filling your ears with musical wonderment. Normally, you'd pull out your phone, launch Shazam (or maybe consult Siri or Google Now) and sample what there is to offer. Now, Starbucks insists, you should choose its official app, which today gained the ability to identify what track is currently playing in your local store and let you save it to your Spotify account, regardless of whether you're a Premium subscriber or not.

The new functionality, which will initially roll out to 7,500 Starbucks locations in the US, is available on both iOS and Android devices. It'll also let you view recently played songs, "Love" tracks to help train future recommendations and access playlists collating "Starbucks' most popular music from the past 20 years." Something tells us there will be a lot of John Mayer, Modest Mouse and The Postal Service.

The release is the latest product of Starbucks' tie-up with Spotify, which was first announced back in May of last year. You could already earn Stars as Currency points for subscribing to Spotify's Premium service, but you'll now gain a lot more control over your Spotify account without having to open the music app.

In this article: av, entertainment, internet, mobile, music, shazam, spotify, starbucks
All products recommended by Engadget are selected by our editorial team, independent of our parent company. Some of our stories include affiliate links. If you buy something through one of these links, we may earn an affiliate commission.