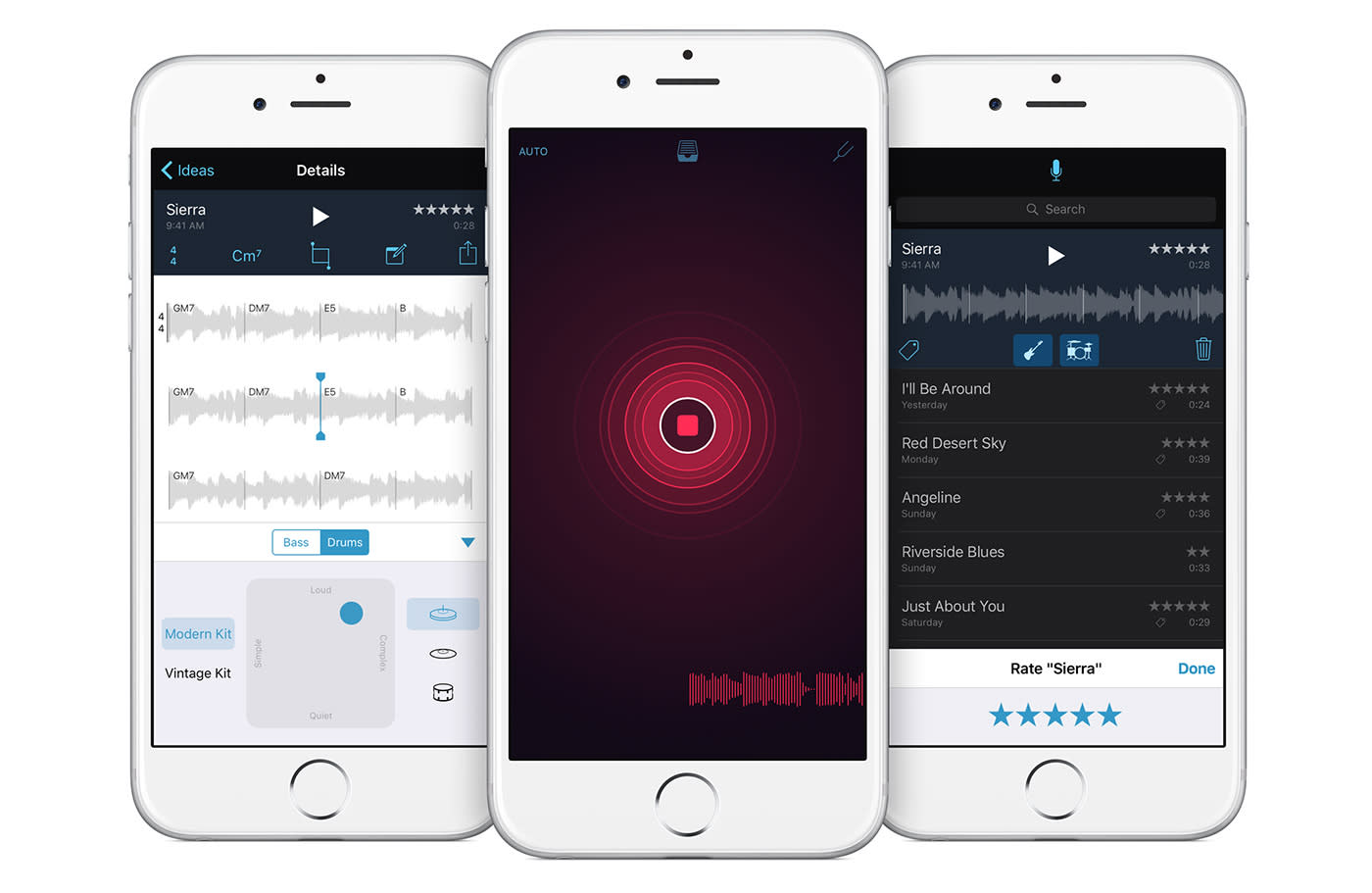 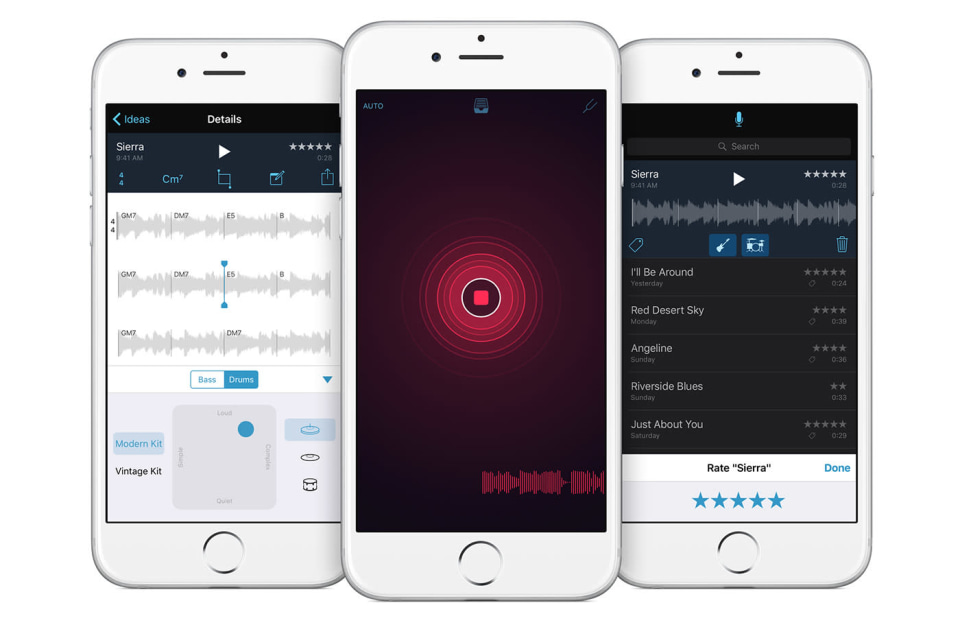 Apple has always been a little obsessed with music, and its newest iOS app is further proof of that fixation. Enter Music Memos, a free app that makes it easier for musicians to record music on the fly. As the name implies, Music Memos draw some inspiration from the Voice Memos app that often winds up in our 'Don't need this' folder. The idea was to build an app that was dead simple to start recording audio from any instrument, but didn't compress the heck out of files. Starting a recording takes one touch, and you can tag and store those nascent tracks or share them via YouTube or SoundCloud. There is, however, much more to Apple's new app than you might expect.

The app, for instance, packs a built-in tuner, which could mean very bad things for the cottage industry of tuning tools in the App Store. Music Memos does a respectable job locking down what notes are floating through the air when you're plucking strings or humming a bar, and you'll get a bar and swings left and right as a sound approaches the semitone above or below it. Very handy. Curiously, the app kept insisting that the natural background sound in my house floats between G and G#. That's actually pretty fascinating if true, but the really neat part is how that note information gets applied to the tracks you actually record.

See, once you're done recording, a waveform appears at the bottom of the screen and you're given the option to play it all back. Hanging just above the waveform are the notes you're supposed to have played or sung, but they sometimes seem more like suggestions than anything else. Playing chords on my acoustic guitar slowly and clearly yielded a pretty clean transcription, and Apple says it plays nice with pianos too. Things get hairier when you try using Music Memos with instruments like the electric guitar; the app picked up on non-existent chord changes and ghostly notes that were more curious than useful. Check it out:

You've also got the option to toggle automated bass lines and drum tracks that react to the notes you played and how fast you played them. The latter will sound familiar to desktop GarageBand users — they've had the option to use a virtual Drummer for on-the-fly fills for years now. If anything, the auto-bass player was more impressive as it ably responds to what you've played; the virtual drummer sometimes had trouble picking up my tempo. Still, it's a neat thing to have around and helped gave me an idea of what my amateurish songs could sound like if I rounded up a band. (Not likely; I'm nowhere near the musician our own Roberto Baldwin is.)

While not everyone will need what Music Memos offers, it's a nifty tool that offers way more than its $0.00 price tag might suggest. Interest piqued? The app is available today and runs on the iPhone 4s and later, as well as the iPad 2 and later. Now, if you'll excuse me, there's a guitar lick I've been working on that needs a little more attention.

In this article: app, apple, gear, mobile, music, musician, recording, software
All products recommended by Engadget are selected by our editorial team, independent of our parent company. Some of our stories include affiliate links. If you buy something through one of these links, we may earn an affiliate commission.