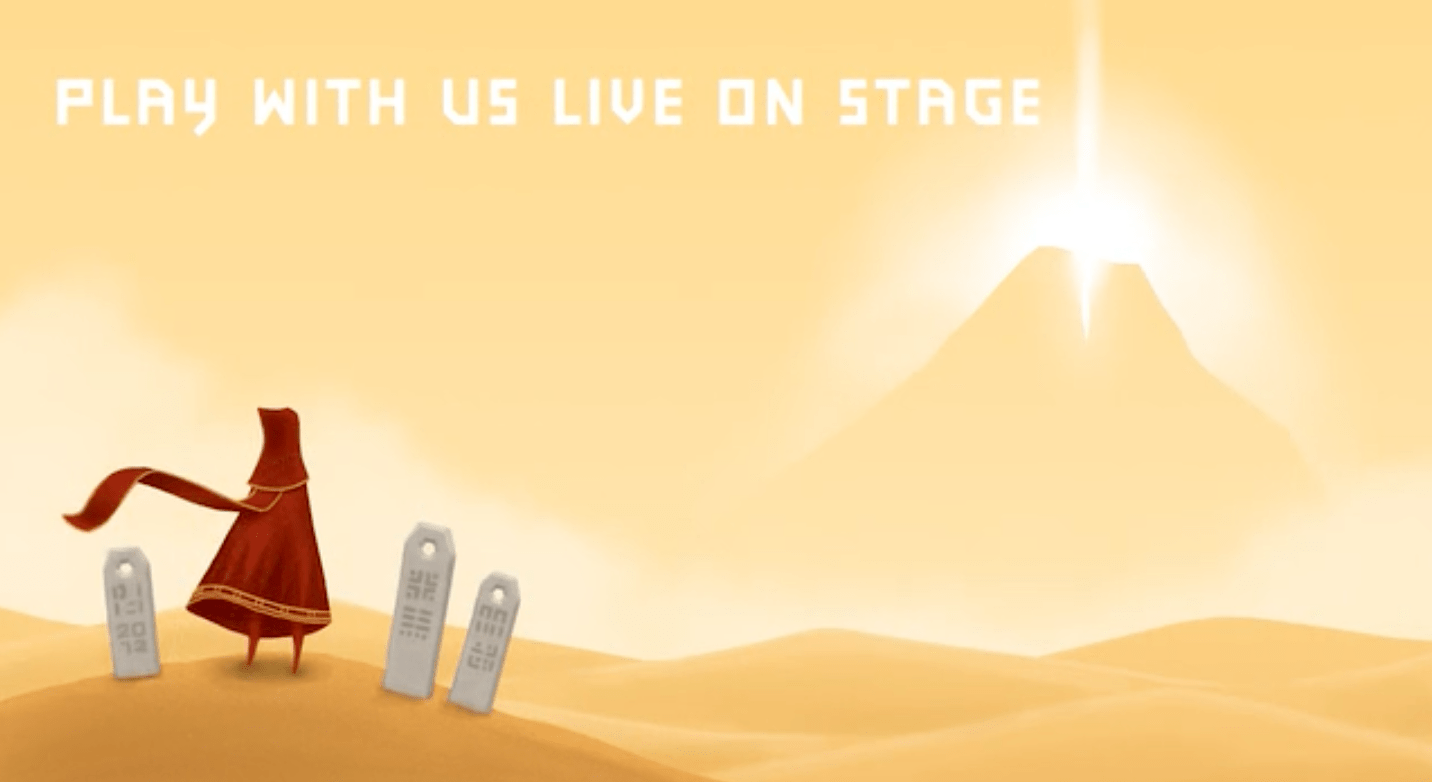 Journey is going on tour. No, not the band -- the innovative PlayStation 3 game, Journey, and Chicago's Fifth House Ensemble are embarking on a tour that blends gaming with live, reactive music. Journey Live is an interactive event where selected people will play the game and the ensemble will respond to their actions on-stage. Grammy-nominated Journey composer Austin Wintory and fellow musician Patrick O'Malley drew up a special, interactive version of the game's score that allows the ensemble to mirror a live playthrough.

Journey Live passed its Kickstarter goal of $5,000 within two hours, and some of the extra cash will go toward expanding the tour to more cities. The campaign closes on February 18th.

Journey is the ideal candidate for a tour like this. Its soundtrack is reactive, responding to players' actions even when they're playing at home, rather than on a stage. It's already a collaborative experience, allowing online players to meet up and guide each other through the game's vast desert. And in 2013, it became the first-ever complete game soundtrack to be nominated for a Grammy. Besides, it's an all-around gorgeous work of art.

We talked with Wintory shortly after he learned of his Grammy nomination in late 2012, and aside from expressing humble excitement, he had the following to say:

"Games are going to earn people's respect on their own terms more than anything else as time goes forward. I think that people are going to fall in love with them because they play them and they listen to them and it will be a direct one-to-one communication. For them to really take hold they won't need validation from third-party sources, even one as prestigious as the Grammys."

I am astounded to report that we have finished day 1 @ 200% funding and additional cities are being actively sought https://t.co/q2H3gKqSuG

In this article: art, AustinWintory, av, ensemble, FifthHouseEnsemble, gaming, grammys, journey, JourneyLive, live, music, ps3
All products recommended by Engadget are selected by our editorial team, independent of our parent company. Some of our stories include affiliate links. If you buy something through one of these links, we may earn an affiliate commission.