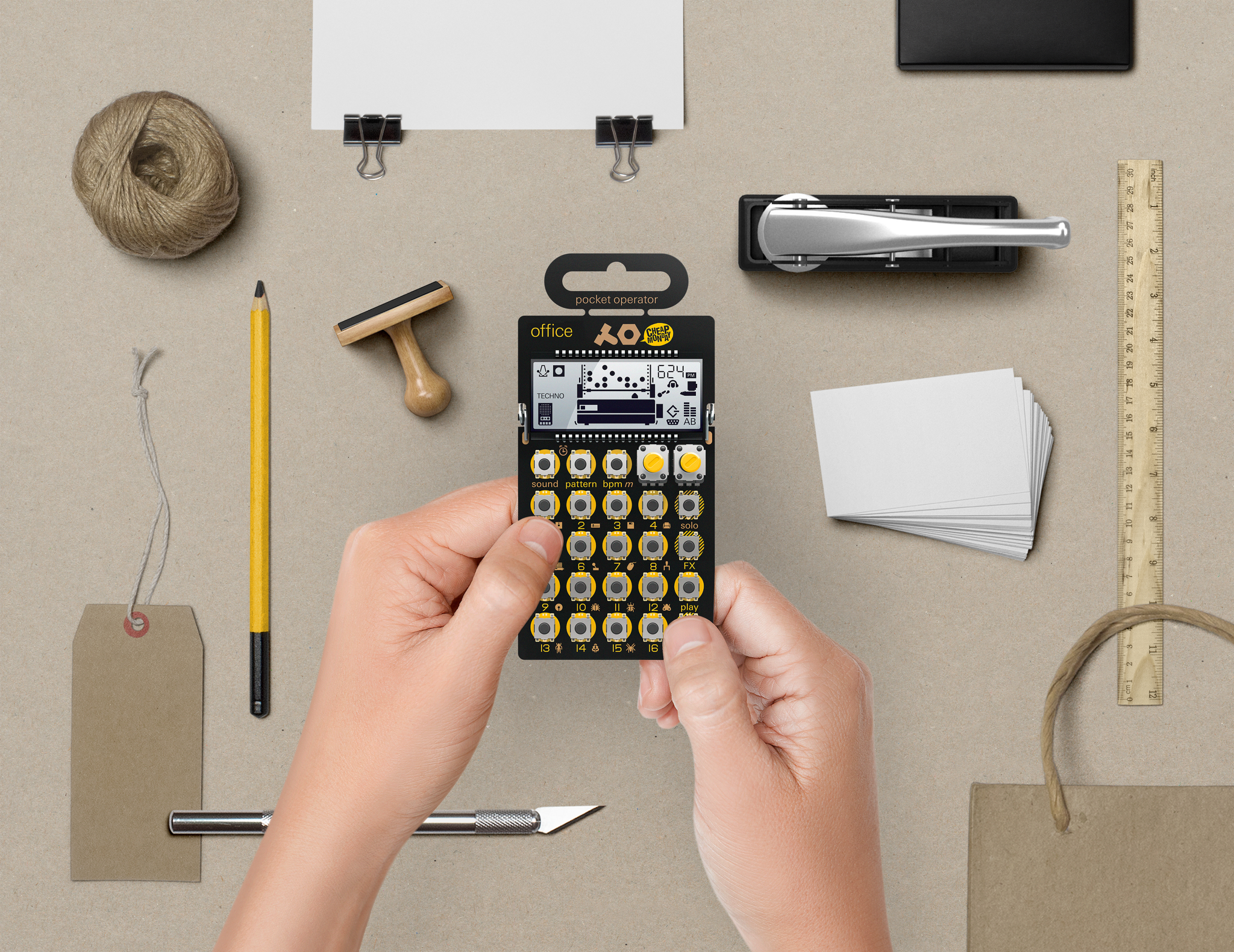 Until last year, buying a Teenage Engineering synthesizer meant spending hundreds of dollars. But the Pocket Operator series that debuted at NAMM in 2015 changed that equation by putting the company's sound in your pocket for only $59. Sure, they're not nearly as capable as the company's flagship OP-1, but that'll set you back $850. For less than a quarter of that, you could buy all three Pocket Operator synths, chain them together and start making music. Perhaps the only downside to the Pocket Operator series (outside of the somewhat steep learning curve) was that each individual device was focused on a different piece of the musical puzzle. One PO was for bass, one for lead and one for the rhythm section. Using one device on its own was still fun, but you could definitely end up feeling as if you were missing something.

Fortunately, the new series of Pocket Operators that Teenage Engineering is announcing today (all still priced at $59) fixes that problem. The PO-20 "Arcade," PO-24 "Office," and PO-28 "Robot" offer a more full spectrum of sounds in a single unit, with percussion, bass and melody all built in. This time, each device is distinguished not only by the visual style found in the custom segmented LCD display that's meant to evoke memories of Nintendo's old handheld "Game & Watch" portable games. Each has its own custom sound profile, as well.

The PO-20 Arcade, as you might have guessed from its name, features 8-bit chiptune style sounds inspired by the sounds we heard from '80s arcade machines. The PO-24 Office goes in a more unusual direction, sampling sounds from ancient office technology. Teenage Engineering told us that it includes a 5.25" floppy disk, 3.5" drive eject sound, a 3.5" floppy disk and drive eject sound, a dot-matrix printer, joysticks, mouse-clicks and more, all alongside some new synth sounds to complete the soundscape.

The PO-28 Robot rounds out the set with palette again based on 8-bit sounds, but this model is focused on live melody and lead playing. Its "glide" button helps with this a lot -- it makes it much easier to smoothly transition between notes in a way that sounds like sliding your finger up and down the neck of a guitar. The Arcade is probably the most well-rounded of the three to covering lead, bass and rhythm components; the Office's sounds more naturally make it more of a rhythm machine while the Robot is more of a lead and melody tool.

But, judging by the videos Teenage Engineering has published so far, one of these new synths is capable of producing a fuller soundscape than their predecessors, which means you can just pick out one and still be able to build full compositions with them. Design-wise, these synths are identical to their predecessors -- they're bare-bones circuit boards with two AAA batteries around the back and a little kickstand to prop them up. But with line in and line out jacks, you can link a bunch of Pocket Operators together and combine their sounds and record whatever you manage to come up with.

As with the first Pocket Operator series, it looks like these devices will be easy to pick up and play around with, but there's also plenty for more experienced users to master. That's all part of the fun, though, and for the price it's a pretty inexpensive way to get a taste of Teenage Engineering's retro synth sounds. If you want to give them a shot, you can order the latest round of Pocket Operator devices on the Teenage Engineering website today.

In this article: art, av, CheapMonday, entertainment, gadgetry, gadgets, gear, namm2016, pocketoperator, synth, synthesizers, TeenageEngineering
All products recommended by Engadget are selected by our editorial team, independent of our parent company. Some of our stories include affiliate links. If you buy something through one of these links, we may earn an affiliate commission.