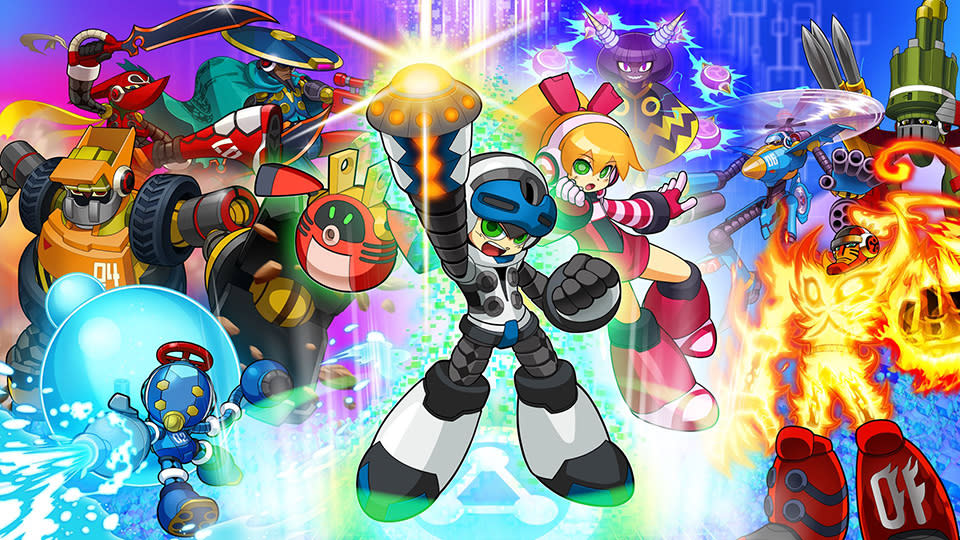 Mighty No. 9, the crowdfunded game from Mega Man creator Keiji Inafune, has been delayed for a third time. The long-awaited title has become the poster-child for how not to run a Kickstarter campaign. In a note to backers announcing the latest setback, Inafune doesn't give a firm date for release, but says he expects it "to realistically be in spring 2016."

Funded on Kickstarter back in September 2013, Mighty No. 9 raised $3,845,710 on the promise of a spiritual successor to Mega Man, and an April 2015 ship date. Many backers have complained about the manner of the delays' announcements just as much as the wait itself. It wasn't until the end of April 2015 -- when the game was supposed to be released -- that the team pushed the release date back to September 15th. Then, in August, it delayed it again, all the way to Q1 2016, later clarifying a February release. Which brings us up to today, again, mere weeks from the launch date it gave. And yet another delay.

Inafune, as in August, pins the delay on issues with the game's multiplayer mode, which was added when the Kickstarter campaign reached one of its stretch goals. In the note, he says "this is all a result of miscalculations on the part of us, the development staff ... for that we are sincerely sorry." He adds that '"we have no excuses for disappointing our fans and especially our backers once more. We want to take this chance to express our sincerest apologies to everyone who has looked forward to the release."

In this article: av, business, comcept, crowdfundng, delay, gaming, kickstarter, mightyno9
All products recommended by Engadget are selected by our editorial team, independent of our parent company. Some of our stories include affiliate links. If you buy something through one of these links, we may earn an affiliate commission.