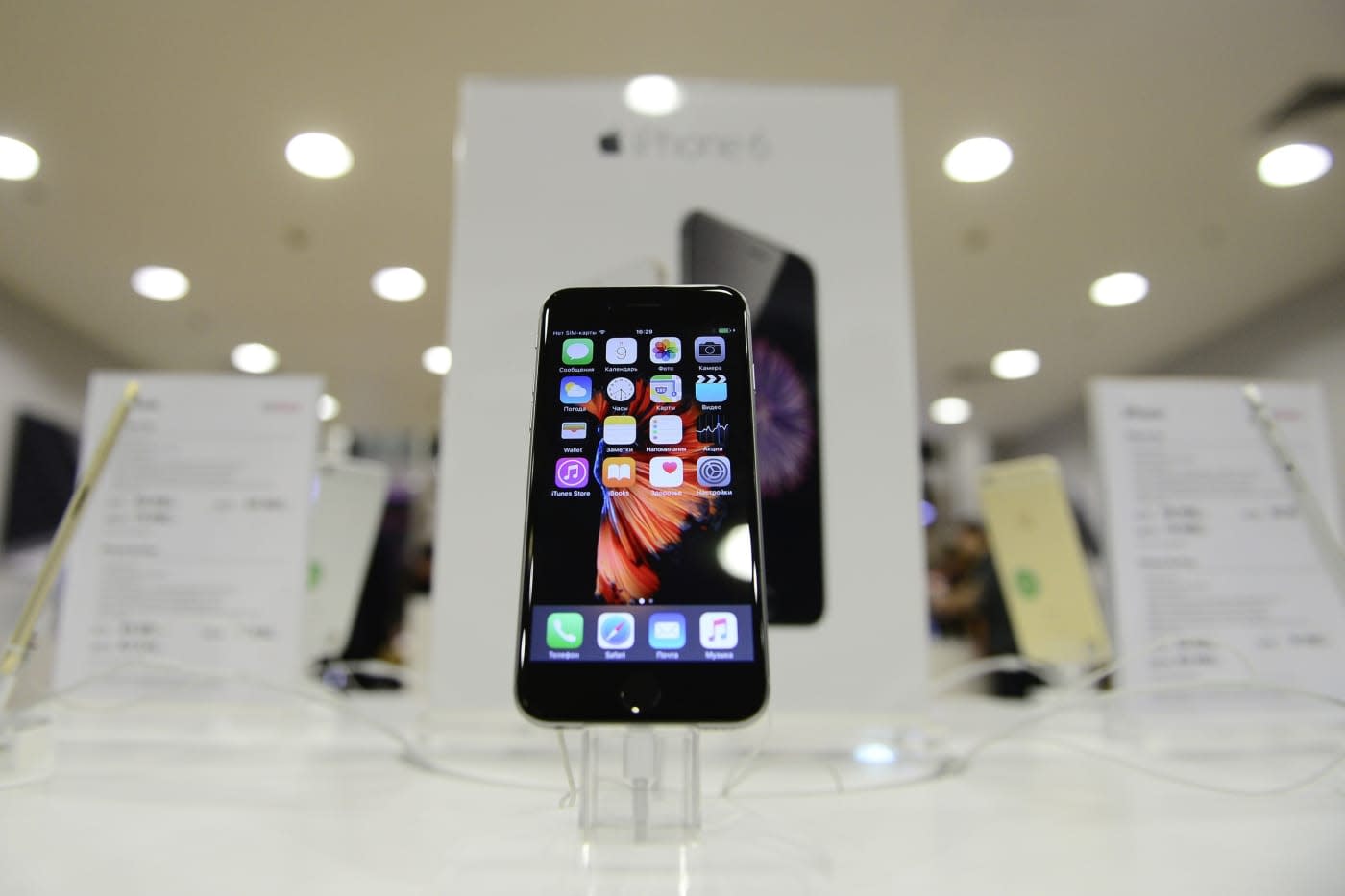 It's going to be very interesting to see Apple spin these financials results. The company just announced its Q1 2016 results, and the company posted recored quarterly revenue and profit of $75.9 billion and $18.4 billion, respectively. That sounds great until you realize that the doomsaying over slowing iPhone sales has come true. Apple sold 74.8 million iPhones in its first full quarter of iPhone 6S and 6S Plus availability -- up a meager 0.4 percent over a year ago. As such, the company is forecasting revenue for the next quarter to land between $50-53 billion, a number that would mark a year-over-year decline in revenue for the first time since 2009.

The bad news continues when looking at the iPad -- Apple moved 16.1 million tablets in the quarter, down 25 percent over a year ago. It looks like the iPad Pro isn't the savior the company was looking for. Mac sales declined slightly as well, down 4 percent to 5.3 million units in the quarter.

While none of Apple's main product lines had the growth we've come accustomed to seeing, there were a few additional bright spots in the company's financials (beyond that record-breaking revenue and profit, of course). Apple's recently-created "other products" category, which includes the Apple TV, Apple Watch, and the iPod, had the biggest quarter in terms of revenue since the company started reporting data in this fashion. Revenue of $4.4 billion in the "other products" category was up significantly quarter-over-quarter (44 percent) and year-over-year (63 percent). Of course, a year ago this category didn't have an Apple Watch or a new Apple TV to buoy it, but still it seems both products likely were popular holiday gifts for the company.

It's also worth noting that Apple's "services" category also jumped up significantly this quarter -- revenues of $6.1 billion are up 20 percent quarter-over-quarter and 27 percent year-over-year. It's probable that people are buying more apps than ever for their iOS devices, spending cash on downloads for those new Apple TVs, and perhaps even subscribing to Apple Music.

Apple also pointed out that it now has over 1 billion active devices across all its product categories, including the Mac, iPad, iPhone, iPod touch, Apple TV and Apple Watch. Those devices have "engaged with Apple's services" at some point during the last 90 days. CFO Luca Maestri said that was up over 25 percent compared to a year ago.

As to why the overall results for Apple were weaker than they've been in recent quarter, Cook started today's conference call with lots of details about weakness in the foreign economy. About two-thirds of Apple's business comes outside the US at this point, and he noted that currencies are weakening in countries all across the globe. That slowdown, in addition to some economic "softness" Apple saw in China, led to very small increases in revenue and profit compared to a year ago.

Cook also admitted that iPhone sales will not, in all likelihood, continue their trend of year-over-year growth when the company next reports its financial results. Despite these challenges, Cook pointed to huge Apple customer satisfaction and the growing increase in its services business as reasons for Apple to continue having a steady revenue stream. If Apple can keep customers happy, the thinking goes, they'll keep buying Apple products and spending money in the App Store, on iTunes and elsewhere across Apple's portfolio. And 1 billion activated devices means there's a lot of room for that services revenue to keep growing.

Despite the record revenue, Apple's going to be in uncharted waters come next quarter. The iPhone has been the company's biggest revenue source by far for a long time now, so investors likely won't be happy about its unprecedented streak of growth ending. The company is obviously in no immediate danger -- but next quarter's earnings results might be the first in a long time that the company can't call "record breaking."

In this article: apple, appleearnings, business, earnings, gear, q12016earnings
All products recommended by Engadget are selected by our editorial team, independent of our parent company. Some of our stories include affiliate links. If you buy something through one of these links, we may earn an affiliate commission.