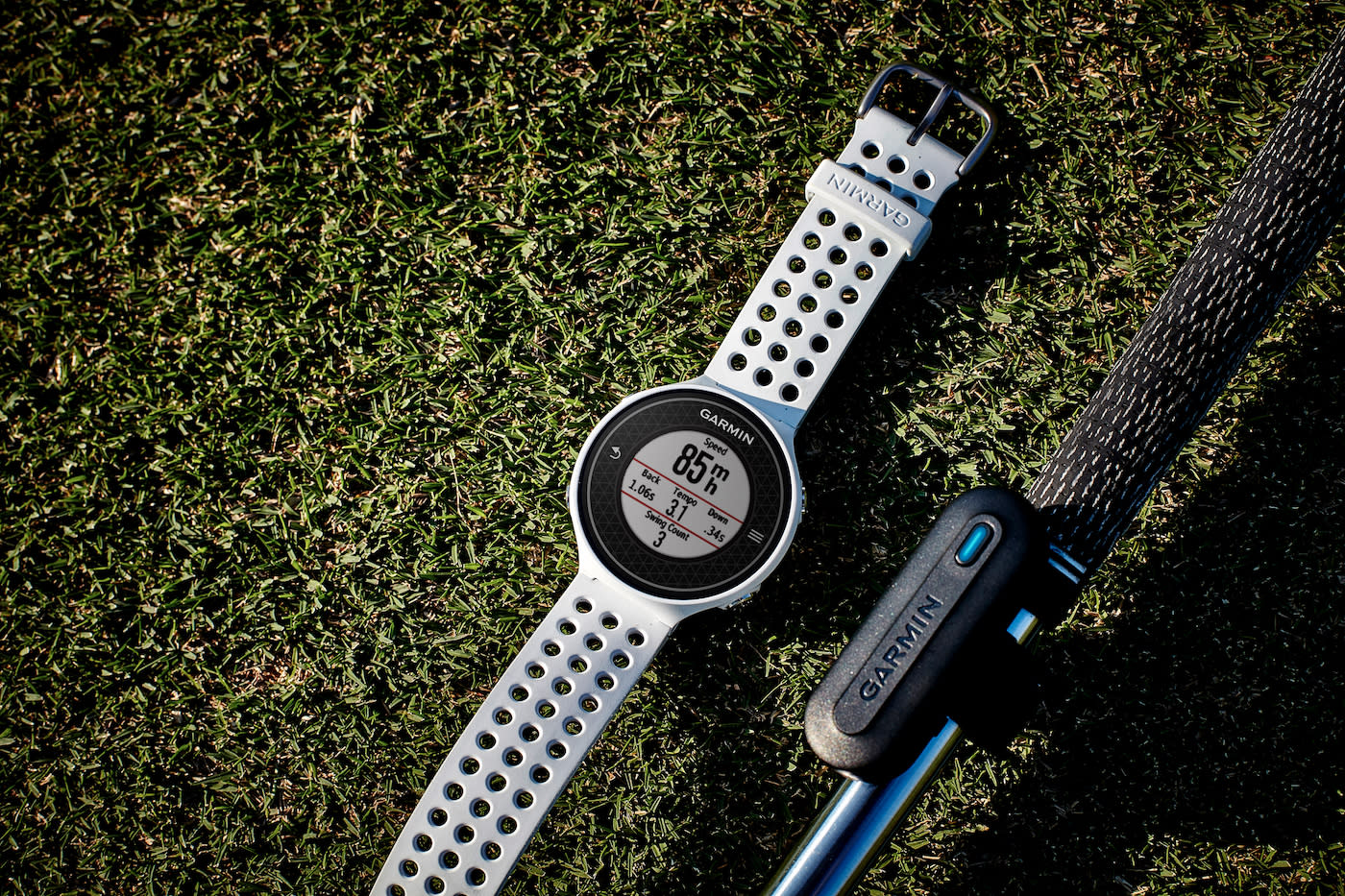 Data-tracking sensors are becoming popular across the world of sports. In golf, we've seen this type of technology before from startups like Zepp, which created a swing analyzer that attaches to a player's glove. And now, Garmin is ready to do something similar. The company has introduced its TruSwing, a small and lightweight gadget for golfers who want to know more details about their time on the course. When paired with Garmin's Connect Mobile app, available for iOS and Android, the accessory delivers 3D animations to give you instant feedback on your swing. You can view different angles of how you're hitting the ball, as well as the potential distance and trajectory of it, and use that information to see what you can do to improve your stroke. The TruSwing measures a mere 2.40 inches and weighs only 28 grams, making it portable enough for you to take to every golf session -- especially since it hooks onto any club. Garmin says it will sync with some of its Approach watches too, including the S20, a golf-oriented wearable that's being announced today for $200/£180.

In this article: ApproachG10, ApproachS20, gadgetry, gadgets, Garmin, GarminTruSwing, gear, Golf, Golfing, Sports, timeline16sporttech, TruSwing
All products recommended by Engadget are selected by our editorial team, independent of our parent company. Some of our stories include affiliate links. If you buy something through one of these links, we may earn an affiliate commission.