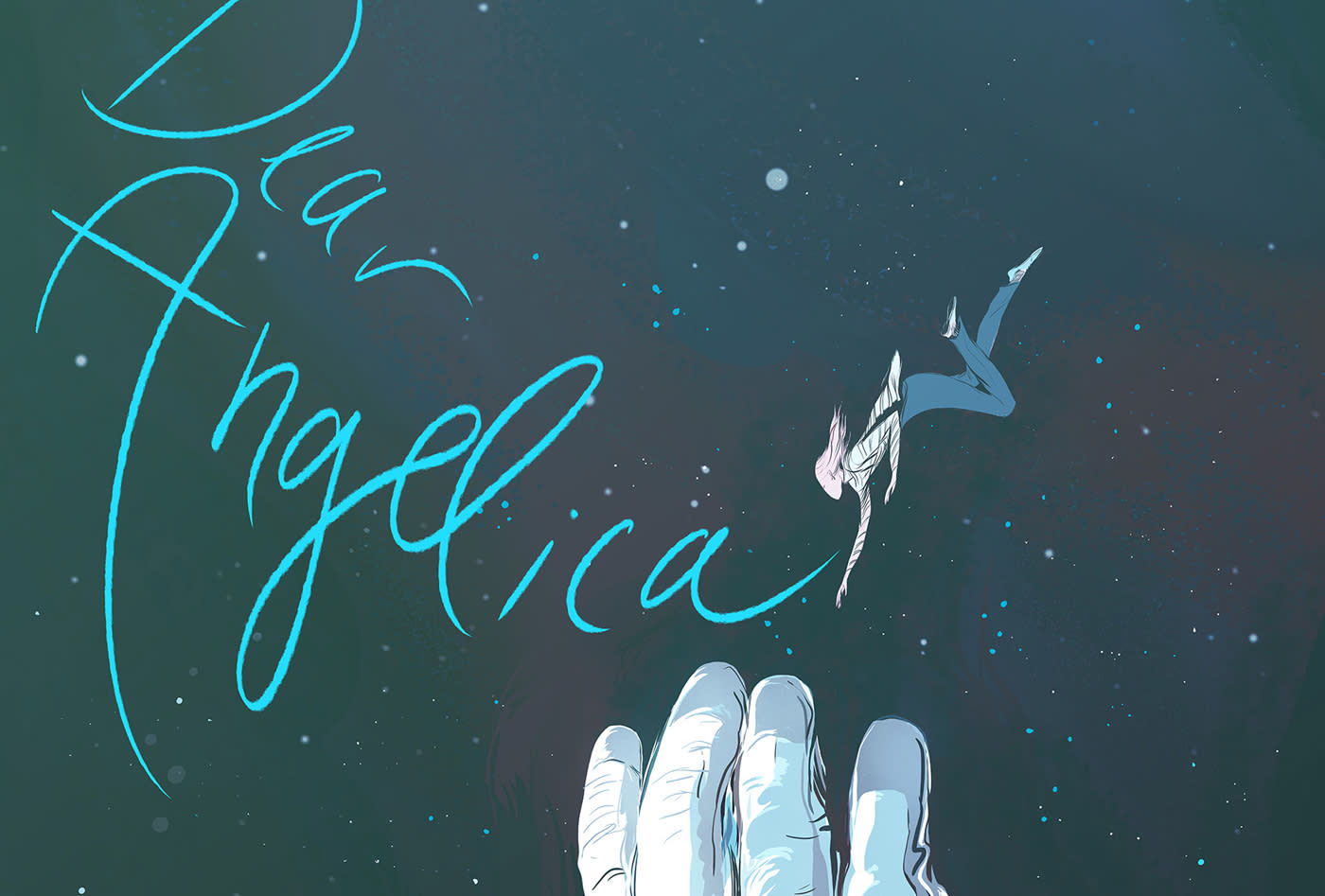 How one illustrator forced Oculus Story Studio to redraw VR

During preproduction on its latest virtual reality short, Dear Angelica, Oculus Story Studio found itself in a peculiar situation: The chosen art style, illustration, had necessitated a design pivot. Rather than scan and rebuild the drawings of illustrator Wesley Allsbrook in CG -- a time-consuming process the studio felt would dilute her artistic voice -- the team needed a brand-new tool, one that would let Allsbrook draw directly within VR. And so engineer Inigo Quilez created just that. The end result is Quill, a new VR illustration tool that's evolving along with production on Dear Angelica and Allsbrook's needs and pushing the medium even further.

"This is something that's being built completely differently to the way that Henry was built," says Story Studio producer Edward Saatchi of Dear Angelica's illustration-driven production.

Just one year ago, Oculus VR's animation arm announced itself using the Sundance Film Festival and its glamorous filmmaking community of actors, writers, producers and directors as a backdrop. The idea then was to introduce Hollywood creatives to a whole new medium of immersive storytelling with Lost and educate them on the production process.

Now, two VR shorts later, Story Studio is back among the snowy slopes and bustling Main Street of Park City, Utah, to highlight how far VR filmmaking has come with Dear Angelica. It's the story of Jessica, a young girl sitting in her bedroom and writing a letter to her movie star mother, the Angelica of the title. As she reminisces, her memories lead to snippets of Angelica's past films, one of which looks like a hybrid of fantasy films The Neverending Story and Labyrinth, which viewers can enter and experience as it's literally drawn in around them, brushstroke by brushstroke.

"The idea for the film is to have an illustration that you bring into space and time context and navigate it," says Allsbrook.

"We started with the idea of, how does memory look?" says Saatchi of Dear Angelica's art style. "Saschka [Unseld, the director] thought it would just look and feel like a painting."

Unseld says that the initial "idea of a stroke forming and another stroke forming, and something emerging out of nothingness" came during a chat with filmmaker Werner Herzog at Connect, Facebook-owned Oculus VR's first developer conference. To achieve that dreamlike visual design, he sought out an illustrator and found Allsbrook, known for her editorial work, after seeing a full-page op-ed she'd done for The New York Times.

But trouble struck when the team realized the process of transferring her work into animated VR -- a process that would pass her illustrations through a character modeler, rigger, animator and then computer-assisted lighting design -- would ultimately end up warping it. "The idea for the film is to have an illustration that you bring into space and time context and navigate it," says Allsbrook. "And we were taking my 2D work -- I usually do pen, ink on paper with digital color -- and trying to map it to geometry. And it was just kind of ugly and clunky and had no internal feeling to it. ... Quill allows me to paint in space and paint in time. It records my point of origin. It records how fast I draw. It allows me to make every single asset that we're going to use for this film and make it in a way that is authentic to my own style."

Though production is still under way on Dear Angelica -- Unseld says the studio is targeting summer 2016 for release -- the team was able to demonstrate the unique storytelling design enabled by Quill using select assets. The scene I experienced was essentially a playback of Allsbrook's design process of that fantasylike movie world. I was placed in an all-white space, but as I moved around and shifted my gaze, an image of beings riding a dragon or a beautiful woman on the floor would begin to be drawn all around me. This eventually culminated in a 360-degree scene that would flow and waver as I approached it. I was even given the opportunity to draw with Quill using Oculus' Touch controllers within that space, an experience that was reminiscent of Oculus' other design tool for sculpting in VR, Medium. The Touch controllers function as a sort of palette, with each trigger dedicated as a drawing implement. To swap colors, all I had to do was place my cursor within a stroke of any of the nearby imagery. A pleasing sound would then let me know I was successful and could begin drawing, scaling, coloring in, moving and deleting my designs.

"The way that development on this tool is working is I come up against a roadblock and then I tell Inigo what I need and he implements it. It's an evolving tool," says Allsbrook.

Quill's full UI wasn't shown off -- the team had that capability disabled for the purposes of this demo -- but Allsbrook says that it offers a variety of brush styles and the ability to tweak shading, luminosity and opacity and even draw using math.

"The way that development on this tool is working is I come up against a roadblock and then I tell Inigo what I need and he implements it. It's an evolving tool," she says. "I'm asking right now for a lot of tools that are familiar for people who do 2D digital. But I think that probably we could modify this for [ways of] creating in VR that have nothing to do with drawing." [Image credits: Oculus Story Studio (Dear Angelica movie poster); Bloomberg via Getty Images (Saschka Unseld)]
All products recommended by Engadget are selected by our editorial team, independent of our parent company. Some of our stories include affiliate links. If you buy something through one of these links, we may earn an affiliate commission. All prices are correct at the time of publishing.