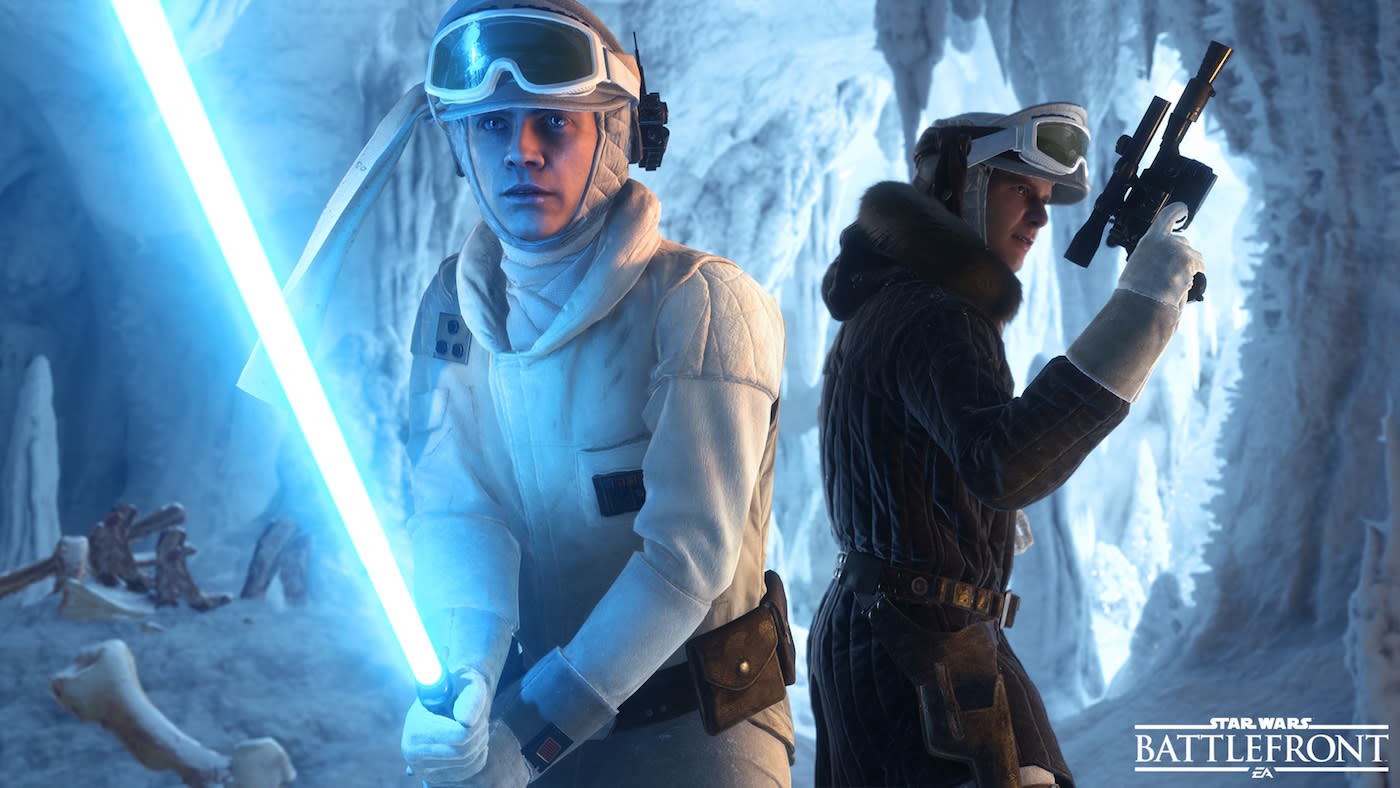 Get ready, Star Wars: Battlefront buffs -- there's a ton of downloadable content coming your way. For starters, following the release of the Battle of Jakku in December, DICE will add more DLC content to its game tomorrow, January 27th. This includes the ability for player's to create private matches, support for new multiplayer modes in the Tatooine Survival map, and Battle of Hoth-themed character clothing for Luke Skywalker and Han Solo. While that's all fine and dandy, we know what you're here for: the Death Star.

In a blog posted earlier today, developer DICE revealed that a Star Wars: Battlefront Death Star DLC is scheduled to launch fall 2016. Not many details were discussed beyond this, but at least now you're aware that the title's getting one of the most iconic locations from the Star Wars franchise. Separately, Star Wars: Battlefront Outer Rim and Bespin are also set to arrive in March and sometime in the summer, respectively.

Of course, DICE says these pack are going to be available for free to Season Pass holders when they launch, while other users can buy them as a standalone downloads for PS4, Xbox One and PC (Origin).

In this article: av, Battlefront, DeathStar, DICE, DLC, EA, gaming, StarWars, StarWars:Battlefront, StarWarsBattlefront
All products recommended by Engadget are selected by our editorial team, independent of our parent company. Some of our stories include affiliate links. If you buy something through one of these links, we may earn an affiliate commission.