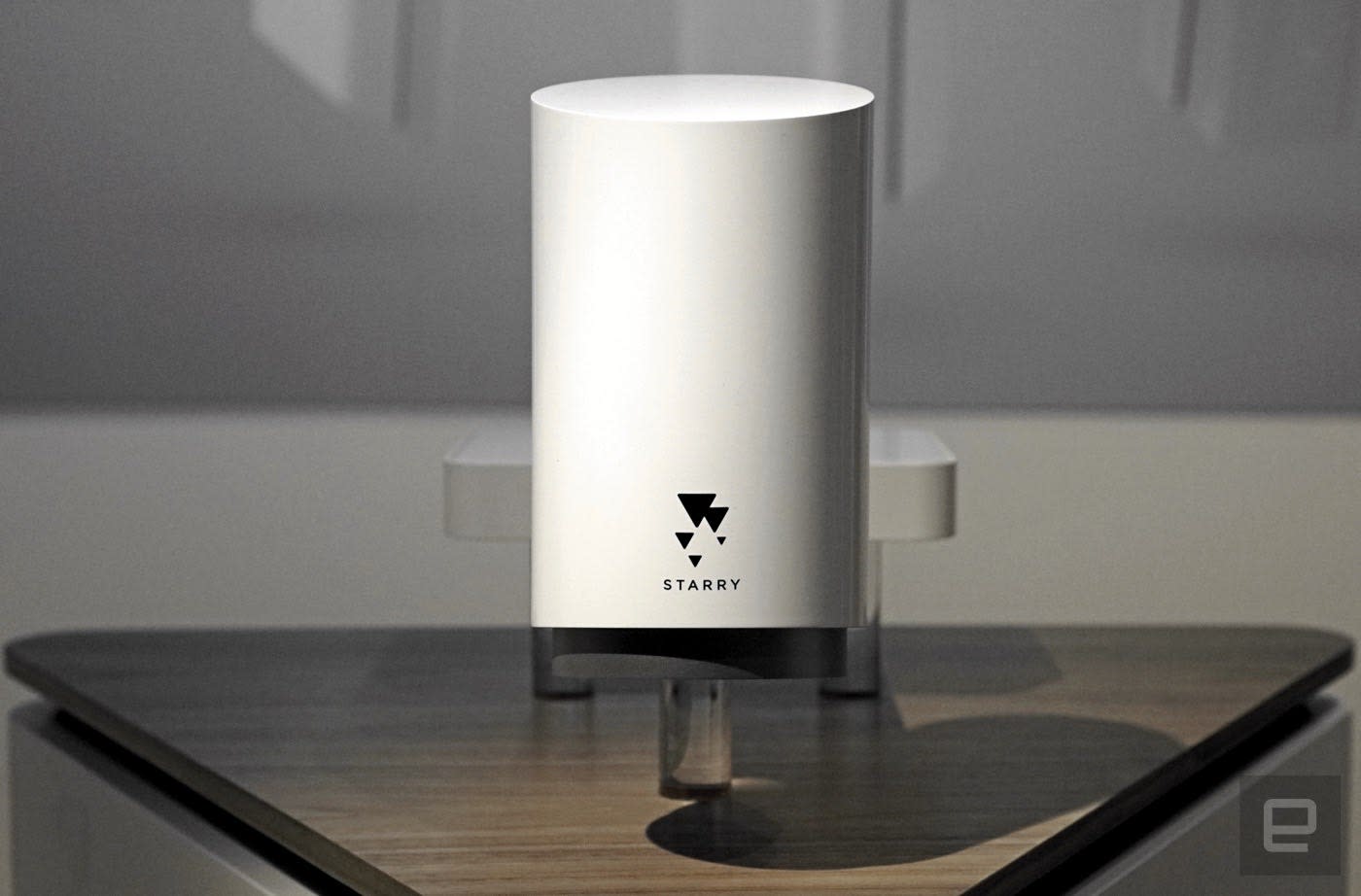 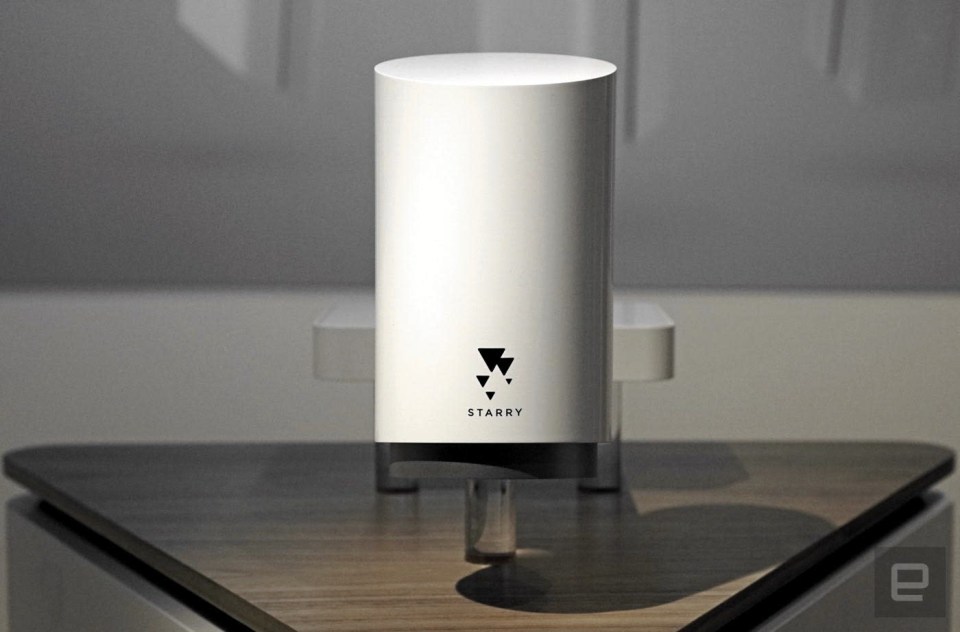 Aereo dared to take on the broadcast industry by streaming over-the-air TV channels on the internet -- that is, until the Supreme Court ruled that its technology was illegal. Now that company's founder, Chet Kanojia, is taking on yet another established industry: Internet service providers. Today at a New York City launch event he unveiled Starry, the first consumer company to use millimeter wave technology to deliver wireless internet access. [Check out our interview with Kanojia about Starry here.] Up until now, that's been a technology mainly used by the military for radar and other purposes. Kanojia claims Starry's network, which runs in the 38Ghz unlicensed wireless band, will be able to deliver gigabit speeds to homes wirelessly for far less than traditional broadband. There also won't be any data caps. It will start beta testing its network around Boston this summer.

The company's equivalent to cellular towers are active phase array devices it's calling Starry Beam. They can be installed on rooftops and other high vantage points, and they offer a range of between 0.6 and 1.2 miles (or one to two kilometers). Actual internet access will come from leased fiber connections from companies like Level 3. Accessing the network at your home requires a small device that sits right outside your window, dubbed Starry Point, which is like an over-the-air TV antenna. The company's biggest challenge will be installing enough Beam devices to cover cities -- their range is affected by weather conditions, and their signals can't pass through walls or big obstacles (which is why the Starry Point sits outside your window). Update: When you sign up for Starry's service, you'll receive both a Starry Point and the company's router (more on that below). There's still no word on overall cost, and the company will likely let you continue using your current router if you wish.

"People have historically assumed fiber is the answer at all times," said Kanojia, who agreed fiber would be a great solution for future broadband rollouts if it was government sponsored. But without that, he believes Starry's technology is the best way to deploy scalable broadband to consumers. Starry is targeting both traditional ISPs and cellular carriers when it comes to home broadband. During the launch event, Kanojia listed some familiar stats: 70 percent of Americans have no choice when it comes to their home ISP, while 20 percent don't have any access to broadband at all. Meanwhile in cellular land, there's plenty of competition, but pricing and data caps aren't feasible for dedicated home internet. By relying on high-frequency millimeter radio waves, Starry is able to deploy its network to far more easily than wired broadband providers and offer access at a much lower cost than wireless carriers.

The company plans to roll out a suite of products to connect to its future wireless network, all of which you'll be able to install on your own. The first is a stylish new touchscreen WiFi router, dubbed the Starry Station. Its pyramid-like design is a huge departure from typical router design (which Kanojia described as being like upside-down dead spiders), and it'll also give you details about your internet's health.

Starry Station offers 802.11ac WiFI as well as 802.15 support for Internet of Things products. You can order it for $350 on Starry's site and Amazon, and the company plans to start shipping it in March. There's also a WiFi extender, Starry Wing, planned for this summer. Sure, Starry sounds amazing on paper, but there's still plenty we don't know about its service. We don't have any pricing details yet, and the company still needs to test large-scale deployments. The underlying technology behind Starry isn't new -- the military has been using it for decades -- but it's never been used for a widespread consumer product before. Starry has the potential to be as groundbreaking as Aereo, I'm just hoping it sticks around longer.

In this article: ChetKanojia, culture, gear, internet, services, Starry
All products recommended by Engadget are selected by our editorial team, independent of our parent company. Some of our stories include affiliate links. If you buy something through one of these links, we may earn an affiliate commission.