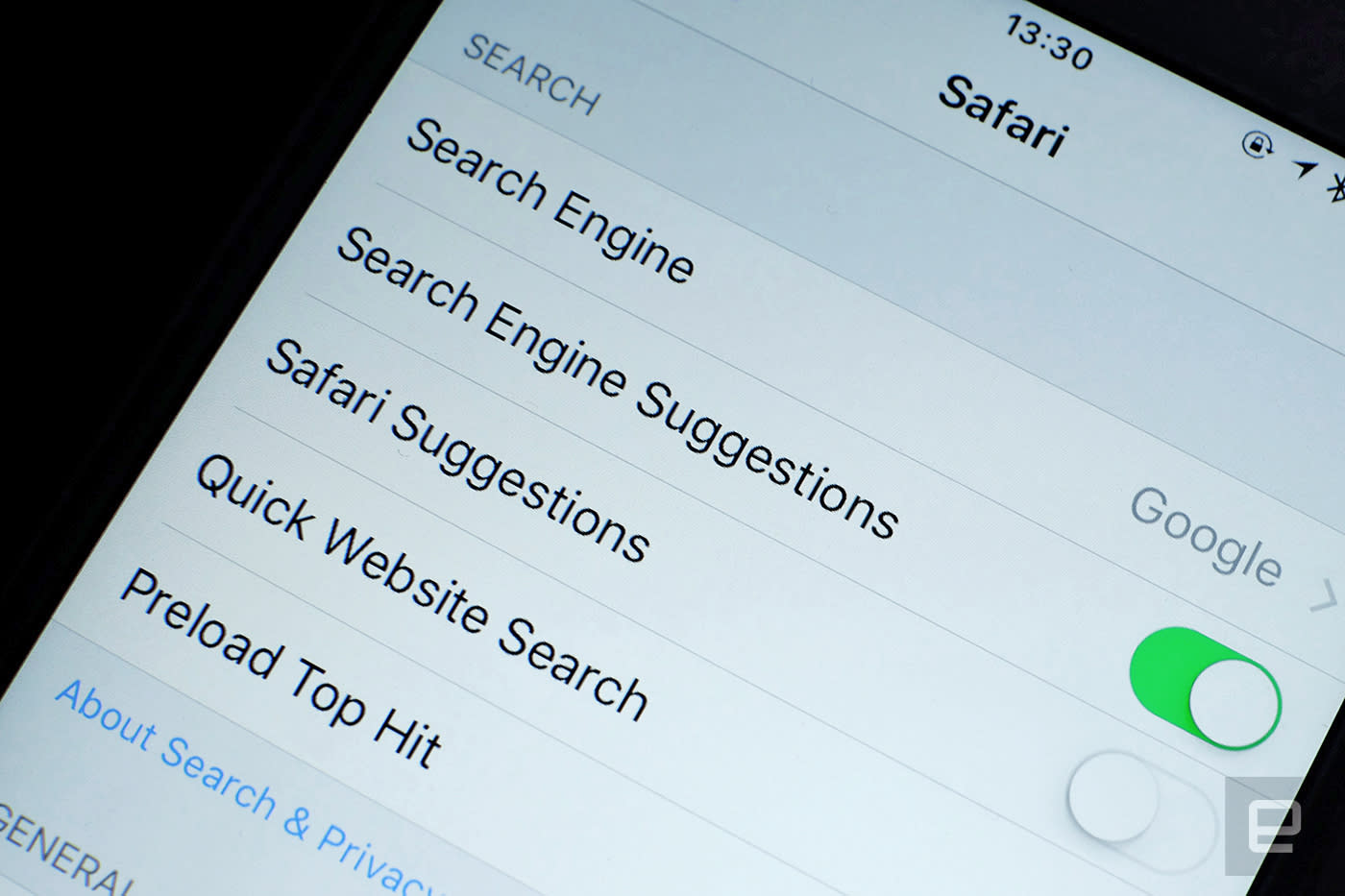 iOS and OS X users around the world are experiencing serious issues with Apple's Safari. Many are reporting that typing into the browser's search box crashes the browser instantly. The issue was highlighted by developer Steve Troughton-Smith, who worked out it has something to do with Apple's search suggestions feature. It seems likely a server somewhere is down and that's ruining things for people. Problems have been reported over three continents, and we've confirmed the bug ourselves.

Although Apple has yet to solve the issue, there is a simple fix: head to the relevant menu and turn off "Safari Suggestions." In iOS, that's within the main Settings page under Safari. In OS X, open the app, head to Preferences, and then to the Search tab. If that sounds like too much work, you could always just install another browser like Chrome.

There's no word on when Apple will fix things -- the company hasn't acknowledged there's a problem yet. We've reached out for more information on the bug and will update you once we hear back.

Update 9:50AM ET: Still no word from Apple, but it appears the crashing is fixed for some people who were previously affected. Hopefully everything will be in working order soon.

Update 10:45AM ET: Apple tells us that the issue is now fixed. Anyone still experiencing problems should clear their cache (turning Airplane Mode on and off does that) to return to a fully functioning Apple-endorsed browser.

In this article: apple, bug, crash, gear, internet, mobile, safari, safarisuggestions, services
All products recommended by Engadget are selected by our editorial team, independent of our parent company. Some of our stories include affiliate links. If you buy something through one of these links, we may earn an affiliate commission.