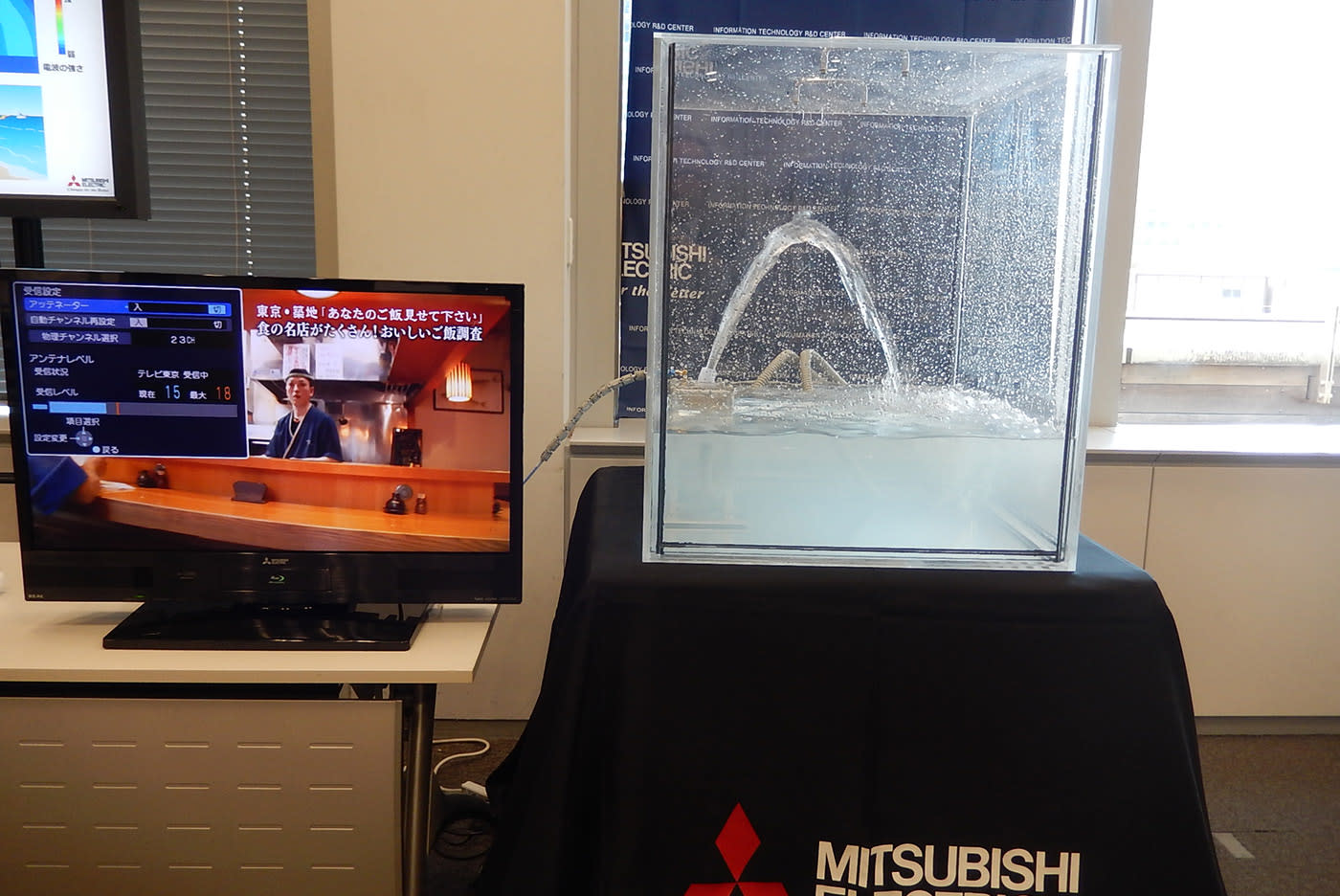 Mitsubishi has developed an unusual alternative to conventional antennae, and it uses seawater instead of metallic conductors. The new system called SeaAerial shoots conductive plumes of seawater into the air to emulate a tall tower and transmit/receive radio-frequency waves. Mitsubishi even believes it could be the first seawater antenna that can receive digital terrestrial TV broadcasts you can watch. (You can see a small-scale sample of a working SeaAerial connected to a TV above.)

The company developed a special nozzle to spew out the seawater plumes, since they need to be insulated to work. It also had to determine the plume diameter ideal for transmitting signals and managed to compute for a size that achieves a 70 percent efficiency. Since SeaAerial is comprised of only two components (a pump and an insulated nozzle), it can be installed anywhere where seawater is accessible. In the future, they could be built on shores, in the middle of the sea or even on land if the company can figure out how to contain and recycle the water it's using.

Update: Google also developed a seawater antenna in 2009, as you can see in this YouTube video. [Thanks for the tip, Stephen Rusboldt!]

In this article: gear, internet, mitsubishi
All products recommended by Engadget are selected by our editorial team, independent of our parent company. Some of our stories include affiliate links. If you buy something through one of these links, we may earn an affiliate commission.