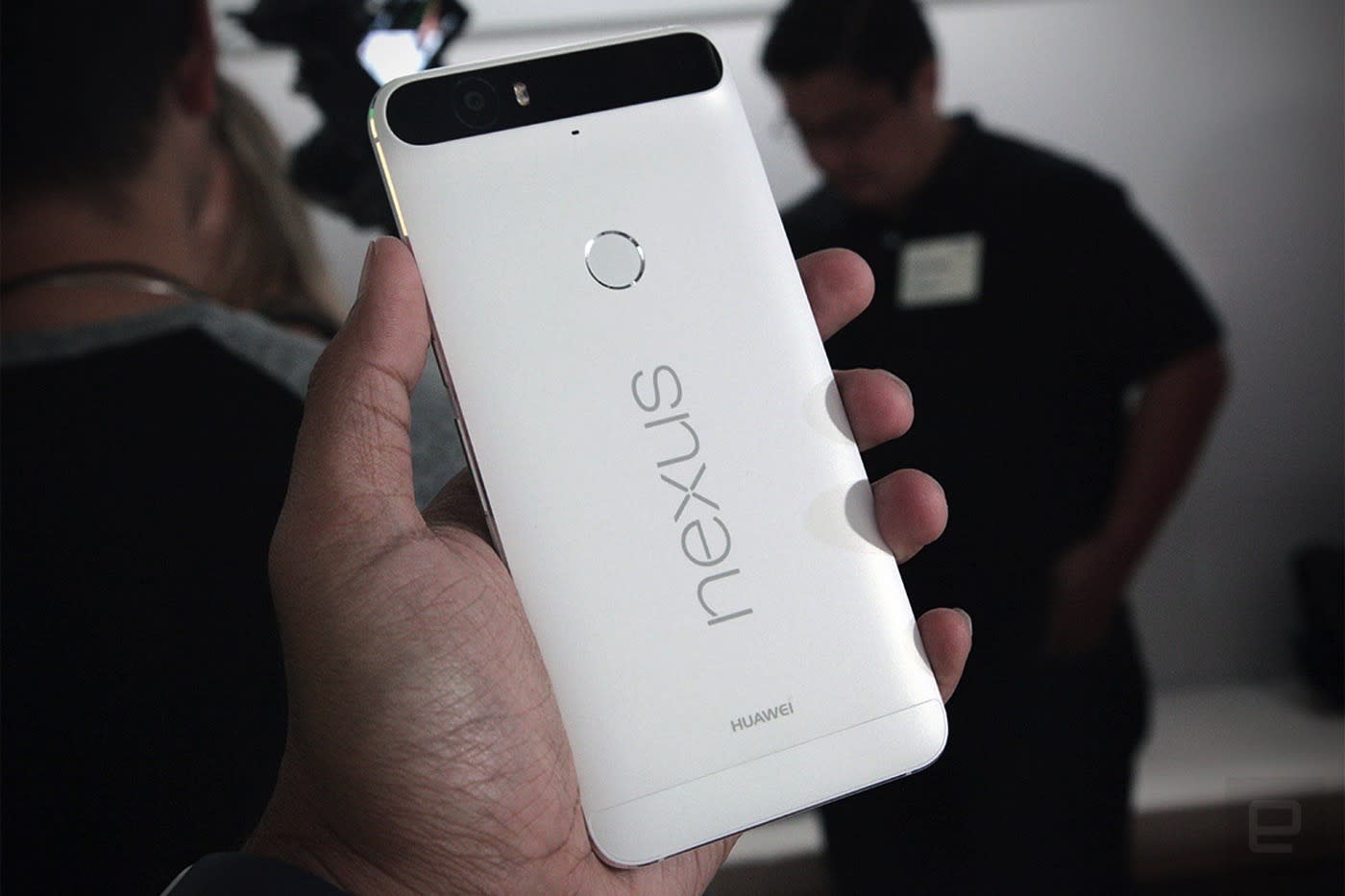 Google's Nexus phones to date have been created through partnerships, where the hardware manufacturer lets its talents shine. The Nexus 6P may be Android's ultimate reference device, but there's no mistaking that Huawei made it. However, that relationship might be changing soon. Sources for The Information claim that Google is pushing for more control over Nexus phones, to the point where it would effectively reduce partners to contractors. The folks in Mountain View would design the hardware and software -- vendors would just make sure that those devices become reality. Think of products like the Pixel C if you need an example of where this might go.

Such a move could be risky. Nexus device makers don't make much money from each device (Google keeps a 15 percent cut of sales, according to tipsters), and now they might not even get their name on the back. What would be the point, apart from promoting Android as a whole? However, there might be some takers. HTC is reportedly one of them -- the cash-strapped company is supposedly in talks with Google about making more Nexus hardware, and the deal would give it a much-needed (if short-term) boost to revenue and shipments.

Google may consider it worth the price. The company still makes most of its mobile service revenue from iOS devices, which puts it in an uncomfortable position: Apple could make life miserable for Google if it wanted to. Fully Google-designed Nexus phones might not only give Android a bigger share of the high-end phone market (where Apple thrives), but produce a better showcase for Google services.

In this article: android, gear, google, htc, mobile, nexus, smartphone
All products recommended by Engadget are selected by our editorial team, independent of our parent company. Some of our stories include affiliate links. If you buy something through one of these links, we may earn an affiliate commission.