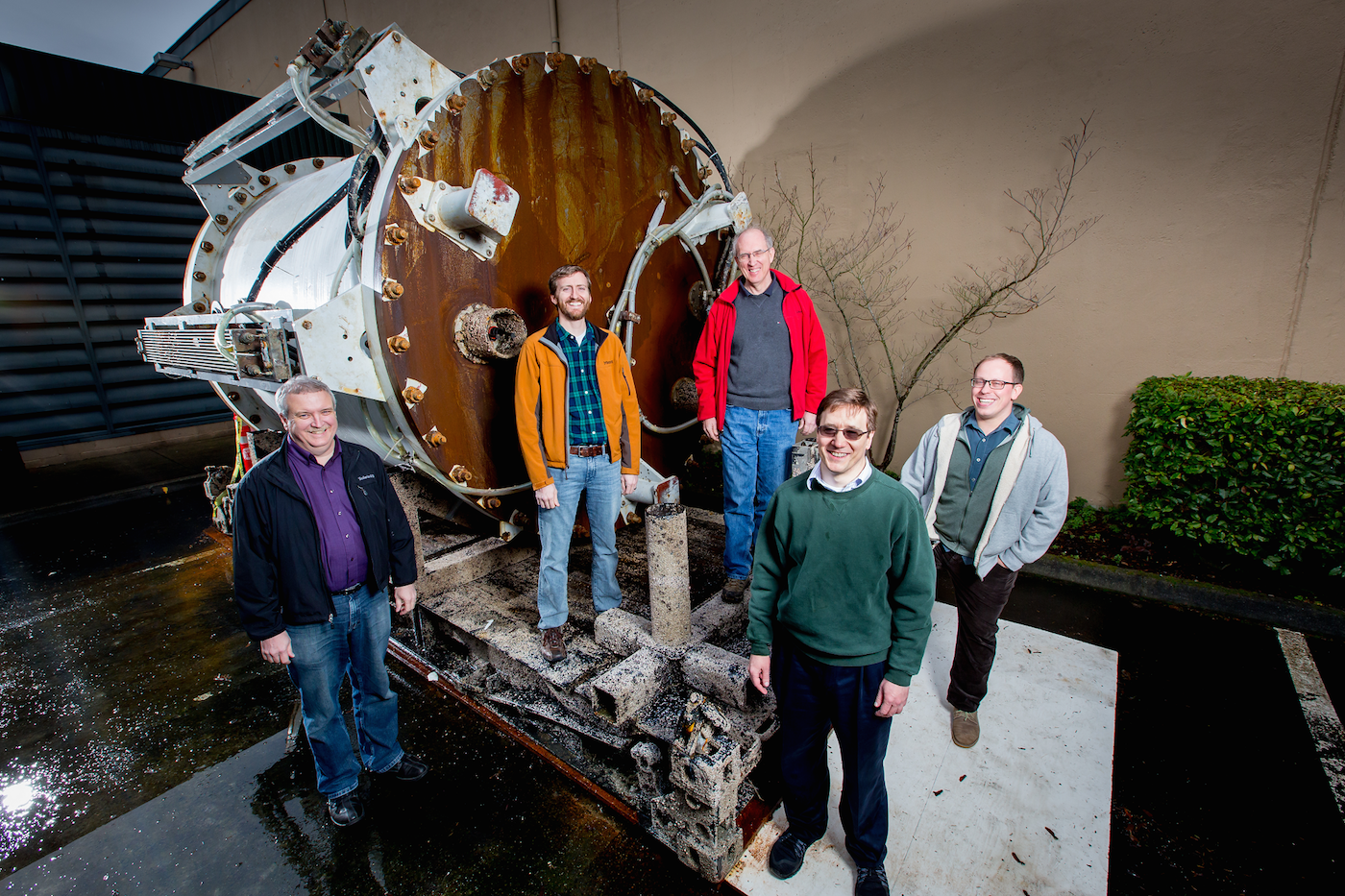 Microsoft is on a mission to put its server farms at the bottom of the ocean. That might sound self-destructive, but there's method in the madness -- such an approach, the company believes, could make data centers faster, greener and easier to set up. In August last year, engineers placed an enormous steel capsule 30 feet underwater in the Pacific Ocean. Inside was a single data center rack, enveloped in pressurised nitrogen to keep it cool. The crew couldn't reach it, at least not physically, but it didn't matter -- the setup worked, going so far as to run commercial tasks for Azure.

The prototype submersible is called Leona Philpot, another nod to the Halo universe after Cortana and Project Spartan. As the New York Times reports, the pod was kitted out with 100 sensors to measure every aspect of the underwater conditions -- pressure, humidity and, perhaps most importantly, motion. The idea is that similar capsules could exist beneath the surface, linked to one another in a chain, and continually generate energy from the moving seawater. Looking ahead, there's also hope that the aquatic environment could be used to naturally cool the racks.

These aren't the only advantages though. Server farms usually exist inland, far away from metropolitan areas. From a performance standpoint, their locations are inefficient for people living near the coastline -- placing data centers offshore could, in theory, reduce latency for these places. Microsoft also believes that a smaller design could reduce installation times, from two years down to a staggering 90 days, making its operations cheaper and more flexible. The capsules themselves could also adopt new, innovative rack designs that don't need to consider human interaction.

There are environmental concerns, but Microsoft appears to be tackling them too. It wants the data centers to be fully recyclable, and says its current prototype emits an "extremely" small amount of heat into the surrounding waters. Still, for people that love the ocean, this could be seen as yet another encroachment on mother nature. In the meantime, Microsoft has pulled Leona Philpot ashore -- it was covered in barnacles, unsurprisingly -- while it designs a new version that's three times larger.

In this article: datacenter, green, leonaphilpot, microsoft, projectnatick, science, server, ServerFarm
All products recommended by Engadget are selected by our editorial team, independent of our parent company. Some of our stories include affiliate links. If you buy something through one of these links, we may earn an affiliate commission.