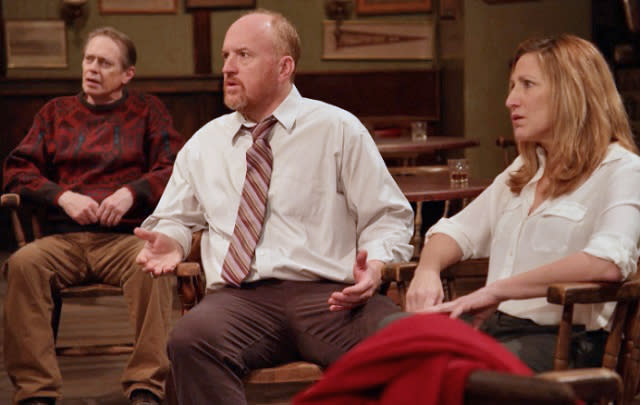 Louis C.K. has responded to criticism of the $5 premiere pricing for his new web show in a way only he can: With very creative swearing. "Horace and Pete is a full on TV production with four broadcast cameras, two beautiful sets and a state of the art control room and a very talented and skilled crew and a hall-of-fame cast," C.K. wrote in an email to his mailing list. "Every second the cameras are rolling, money is shooting out of my asshole like your mother's worst diarrhea." As a sort of apology, he also announced that all future episodes will sell for $3 each (the premiere will stay at $5, though).

In a time where we're bombarded by marketing for shows and movies months before they're released, C.K.'s surprise reveal of Horace and Pete was particularly refreshing. But it's also understandable that even his fans would be annoyed by the $5 premiere price. In the past, he's offered longer specials for the same price, so it seems like a bit of a ripoff to pay the same amount for a one hour TV show.

Still, he has a point about the expense. The show looks like a traditional multi-camera sitcom, and it has a pretty stellar cast, including Steve Buscemi, Alan Alda, Edie Falco and Jessica Lange. He's also working hard to produce it quickly -- the next episode is due this Saturday.

"Basically this is a hand-made, one guy paid for it version of a thing that is usually made by a giant corporation," C.K. added. Isn't that worth $5?

In this article: art, av, culture, entertainment, HoraceandPete, InternetTv, LouisCK
All products recommended by Engadget are selected by our editorial team, independent of our parent company. Some of our stories include affiliate links. If you buy something through one of these links, we may earn an affiliate commission.