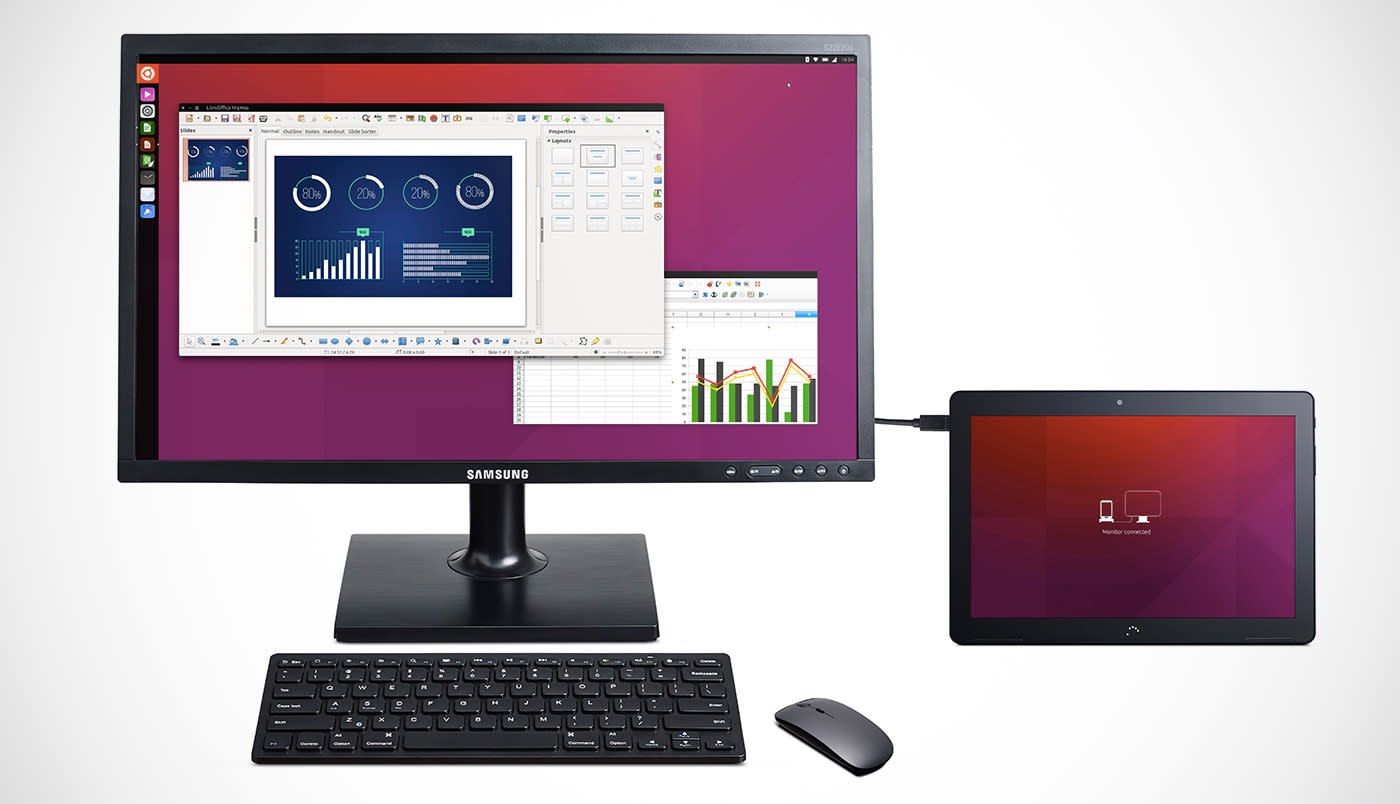 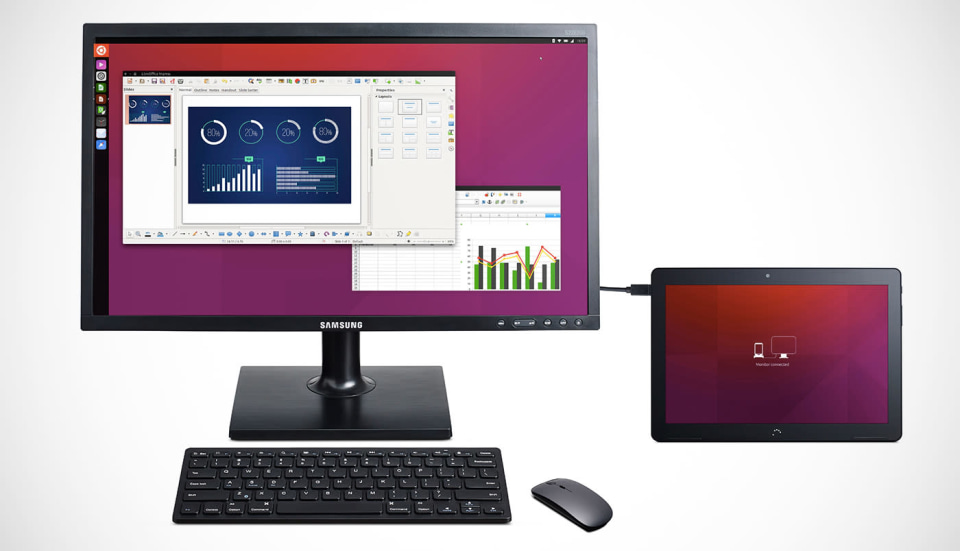 Remember that time Spanish device maker BQ started promoting a new, Ubuntu-powered tablet before Canonical was ready to start talking about it? Well, the Ubuntu developer finally decided to get chatty. As expected, the device is a Ubuntu-fied version of BQ's existing Aquaris M10 tablet, with just about everything from the 10.1-inch display to the quad-core MediaTek MT8163A chipset left unchanged. The biggest difference centers on what Canonical calls "Convergence" — the updated M10 is the first bit of consumer Ubuntu hardware that acts like a full-blown PC when you connect a keyboard, mouse and display to it. Ubuntu's tablet ambitions stretch back for years -- Canonical released an Ubuntu installer for the original Nexus 7, and a preview version of Ubuntu Touch was made available for the Nexus 10. It's a little surprising that it took this long for a full-blown Ubuntu tablet to hit the market, but better late than never, we guess. Anyway, once those peripherals are connected, Ubuntu's touch-friendly interface shifts into a more familiar desktop view, allowing you to multitask, run desktop apps and manage mobile apps you already have installed. New software can be had after a quick trip to the platform's single app store, too, and Canonical has to draw lots of attention there if it wants people to seriously consider Ubuntu gadgetry as a functional alternative to other mobile platforms.

If that all sounds familiar, it's because Microsoft's direction with its new Windows Phones is nearly identical. Both approaches focus on the ability to let a device's computing power — and the software that harnesses that power — to thrive no matter what display is attached to it. Unfortunately for Ubuntu, Microsoft's seemingly endless cash and talent hasn't kept Windows 10's Continuum feature from feeling like a fancy, hamstrung add-on. The situation has slowly gotten better as developers continue to explore what's capable with universal apps -- hopefully, Ubuntu doesn't run into similar growing pains.

In this article: aquaris, aquarism10, bq, canonical, covergence, gear, mobile, mwc, tablet, tablets, ubuntu
All products recommended by Engadget are selected by our editorial team, independent of our parent company. Some of our stories include affiliate links. If you buy something through one of these links, we may earn an affiliate commission.