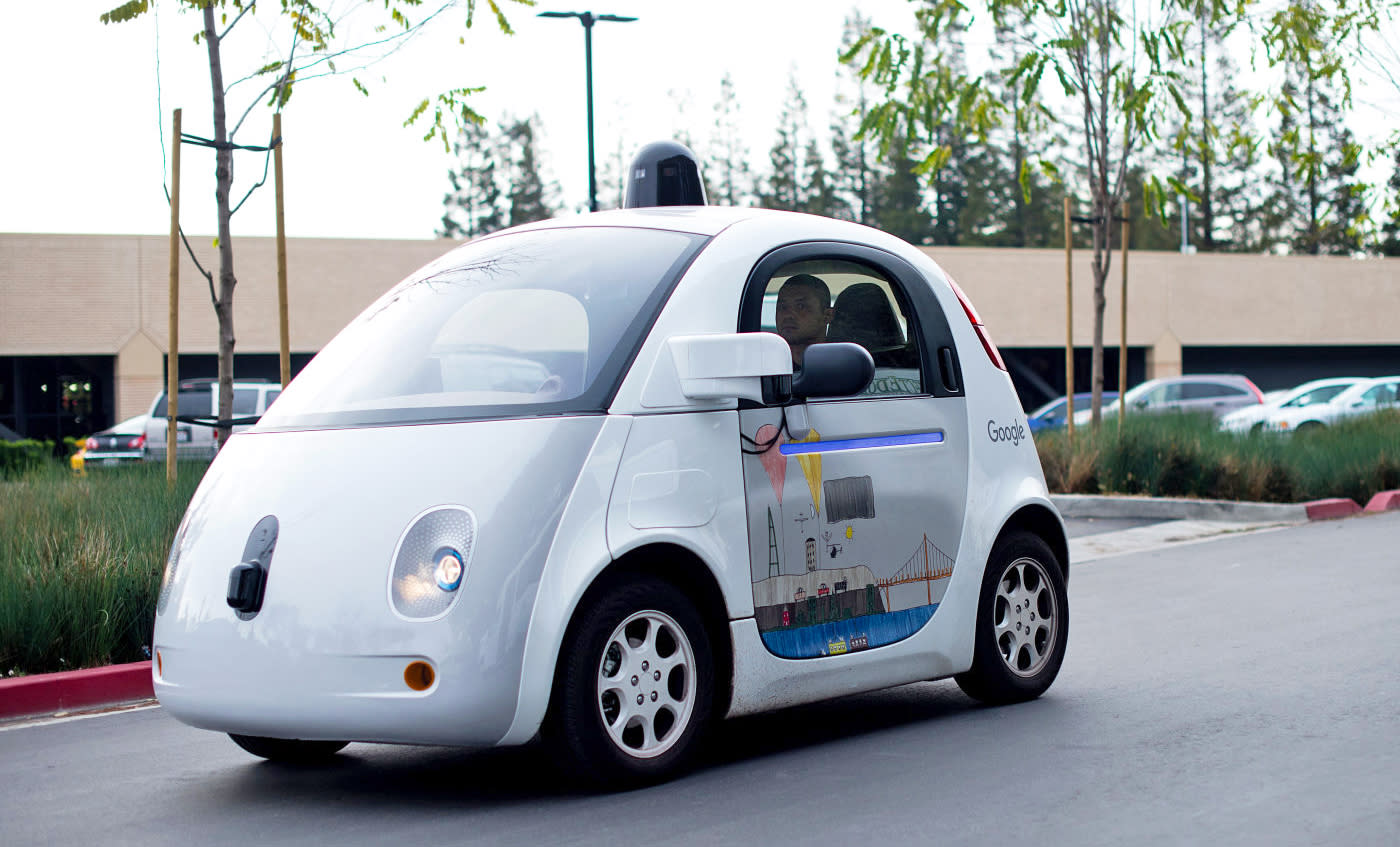 Self-driving cars are poised to be an incredible tool of the future, but they won't be much use if they can't hold a charge. It looks like Google wants to solve this problem via resonant magnetic induction, a form of wireless charging that could use manhole-style transmitters embedded in pavement to juice up driverless vehicles, IEEE Spectrum reports.

The outlet spotted documents that Google filed with the Federal Communications Commission outlining its work with Hevo Power and Momentum Dynamics. These companies were cleared to install experimental chargers at Google's headquarters in Mountain View, California, and in its nearby Castle facility used to test self-driving cars.

The idea is that self-driving vehicles would hover over a charging pad for a few minutes to power up, or pass over a series of transmitters as the car is in motion, scoring a nearly constant charge.

Wireless charging solves a few problems for the makers of self-driving people-movers. An efficient system would allow Google and other manufacturers to use smaller, lighter batteries than the ones in current electric vehicles, slashing the cars' overall price. Plus, accessible wireless charging removes a barrier to traveling for children, the elderly and people with certain disabilities, IEEE notes.

In this article: business, car, culture, driverless, gear, google, hevopower, momentumdynamics, SelfDrivingCar, services, transportation, wireless, WirelessCharging
All products recommended by Engadget are selected by our editorial team, independent of our parent company. Some of our stories include affiliate links. If you buy something through one of these links, we may earn an affiliate commission.