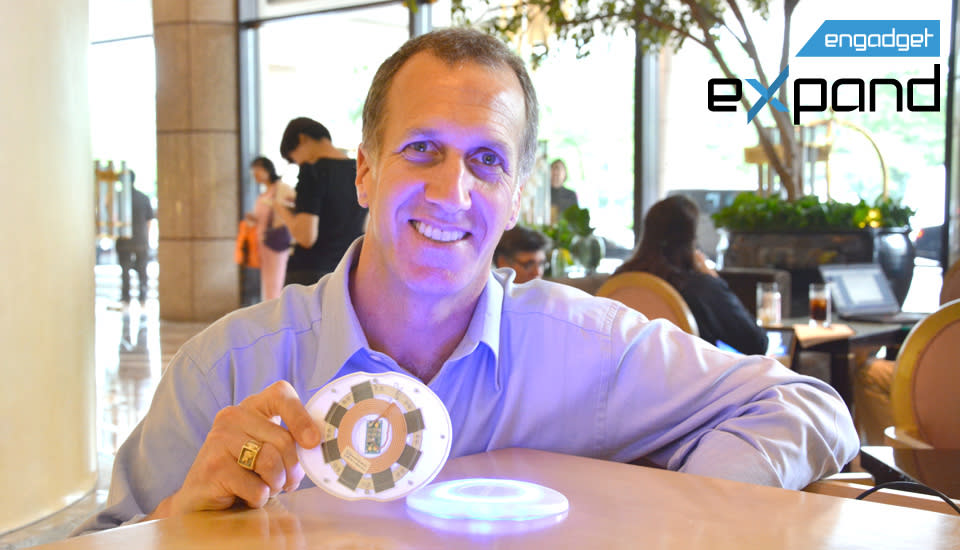 First came Qi, and now we have Rezence. These are the two big names in the wireless power industry, except the latter is still in its infancy as it's kicking off with a different type of technology: magnetic resonance. With this, devices are no longer required to sit on a pad while charging, and the idea of contactless wireless power is so alluring that even Qi will be integrating the same technology. But with demos and proposals going as far back as 2006, what's taking so long? And, most importantly, is it safe? At our Expand conference starting this Friday, November 7th we'll be addressing these questions with WiTricity CEO Alex Gruzen, who will also share his thoughts on the industry and what's the latest on his end. For those who are just catching up, we've done a quick Q&A with Gruzen to keep you occupied for the time being.

What's the difference between the existing wireless charging technologies and your technology?

Magnetic resonance allows you to place the object being charged on the charging source without concern about specific position or orientation.

WiTricity holds the foundational patents that enable wireless power over distance, safely and efficiently, using a technique called highly resonant wireless power transfer -- also known as magnetic resonance. Our technology is often contrasted with that of "magnetic induction." However, magnetic induction has limitations and is not user friendly. Unlike induction, magnetic resonance allows you to place the object being charged on the charging source without concern about specific position or orientation, allows multiple objects to be charged simultaneously and can work through materials like wood, glass, plastic and granite.

How is the Rezence standard coming together?

We're excited about the work we've been doing in the Alliance for Wireless Power (A4WP), both as leaders in the resonator technical committee and as part of the board. Rezence is key to driving wide-scale adoption of wireless charging by enabling interoperability across a broad range of products, and it's great to have key companies like Intel, Qualcomm and Samsung supporting the effort with us. I'm confident that we'll see many Rezence-based products at CES this [coming] year, and with major powerhouse organizations, like Intel, licensing our technology and implementing it as part of the Rezence specification, we're excited to see our vision of a wireless world start to become a commercial reality in the next year.

How can we be sure that it's safe?

Magnetic fields are scientifically regarded to be safe.

WiTricity technology is a non-radiative mode of energy transfer, relying instead on the magnetic near field. Magnetic fields interact very weakly with biological organisms -- people and animals -- and are scientifically regarded to be safe. WiTricity products are being designed to comply with all applicable safety standards and regulations.

Are there other applications apart from just charging up portable devices?

The applications for our technology are really endless -- and what makes our business so interesting is that we get to help companies across a wide variety of industries implement this technology into their products. In addition to the consumer space, which encompasses not only mobile phones, laptops and wearables, but also devices like kitchen blenders, televisions and table lamps, we also have a very strong presence in the automotive space. Toyota is licensing our technology, and has announced that they'll be rolling out wireless charging in the Prius in the coming years, enabling drivers to simply enter their garage and charge up by driving over a WiTricity-enabled charging source, without even thinking about plugging in. In the future, that same concept could be applied to roadways -- charging electric vehicles through the road as we drive.

Beyond consumer and auto, we are also seeing traction in the medical space in the form of implantable devices. Medical leader Thoratec has licensed our technology for their next-generation left ventricular assist device (LVAD), also known as a heart pump. With our technology, a patient with one of these new heart pumps can avoid having to charge it using a cord that exits their body through the skin (an invasive and infection-prone system) and instead simply charge their heart pump through the body with a source built into a bed or chair. Military applications also exist, including using the technology to reduce soldiers' helmet weight by shifting batteries to their backpack.

When will we finally get commercial products that feature your technology?

In 10 years, children won't even know why we say "wireless," because they would have never known a world that had wires.

On the consumer front, we should see commercial products in 2015 -- with a few likely to be showcased at CES this January. As for automotive, Toyota has announced that future Prius models will be equipped with WiTricity technology. I think over the course of the next two to three years, this technology will become pervasive and we will finally be able to leave our chargers and cables at home. In 10 years, children won't even know why we say "wireless," because they would have never known a world that had wires.

In this article: alexgruzen, expand, expandny, featured, features, fivequestions, interview, magneticresonance, rezence, wirelesscharging, wirelesspower, witricity
All products recommended by Engadget are selected by our editorial team, independent of our parent company. Some of our stories include affiliate links. If you buy something through one of these links, we may earn an affiliate commission.