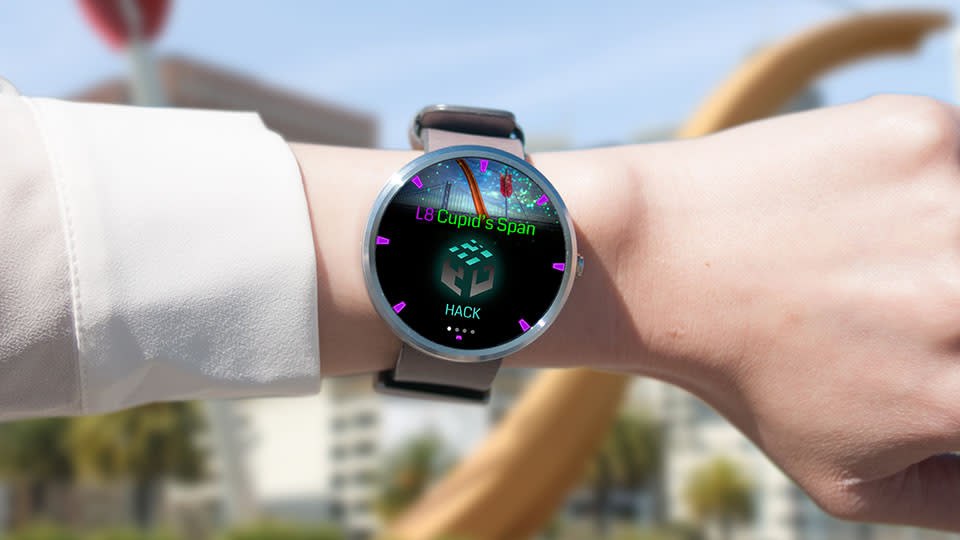 Look inside just about any Android Wear smartwatch (plus a few running alternative OSes, no less) and you'll find one of Qualcomm's Snapdragon 400-series chips thrumming away inside. The company's stranglehold on wearable gadget processors is pretty damned thorough, and it just might stay that way thanks to a new chip — the Snapdragon Wear 2100 — that was announced earlier today.

Perhaps the biggest change here is how much smaller the new chip than its prolific predecessor; Qualcomm says it's a full 30 percent tinier than a 400-series chipset, and that power consumption has been slashed by about 25 percent to boot. That goes for both versions of the chip, too: there's a "tethered" model with support for 802.11n Wi-Fi and Bluetooth 4.1 links, while the "connected" version folds in an LTE modem for all-in-on wearables like Samsung's Gear S2. The biggest pain point for most people living with (or even contemplating living with) wearables is how frequently they need to be recharged, but with any luck we'll soon be able wear these things for more than a few days without making a power outlet pitstop.

Qualcomm's chipset cavalcade doesn't stop there, either. We've also got three new Snapdragons for phones — the 425, 435 and 625. That first chip is clearly the least ambitious of the trio with its four Cortex-A53 cores and old-school Adreno 308 GPU. The 435 seems like a big leap by comparison — it corrals eight of those same cores that top out at a clock speed of 1.4GHz, and packs a new Adreno 505 CPU that plays nice with 1080p/60FPS screens. Throw in support for QuickCharge and a LTE Cat 7 300Mbps down, 100Mbps up and you've got a potent little chipset for all those low-cost devices connected developing markets.

The 625, on the other hand, is clearly the chip to beat in this pack. It's built on a 14nm process that allows its eight Cortex-A53 cores to hit speeds in excess of 2GHz. While we're talking speeds, the 625's connectivity game is pretty strong — there's support for LTE Cat 7 and 802.11ac WiFi to boot. The ability to record and process 4K video is icing on the mid-range phone cake; it's too bad the chip's Adreno 506 GPU means display resolutions top out at 1,900 x 1,200.

In this article: chip, chips, chipset, gear, mobile, phone, qualcomm, smartphone, smartwatch, snapdragon, snapdragon425, snapdragon435, snapdragon625, snapdragonwear, wearable
All products recommended by Engadget are selected by our editorial team, independent of our parent company. Some of our stories include affiliate links. If you buy something through one of these links, we may earn an affiliate commission.