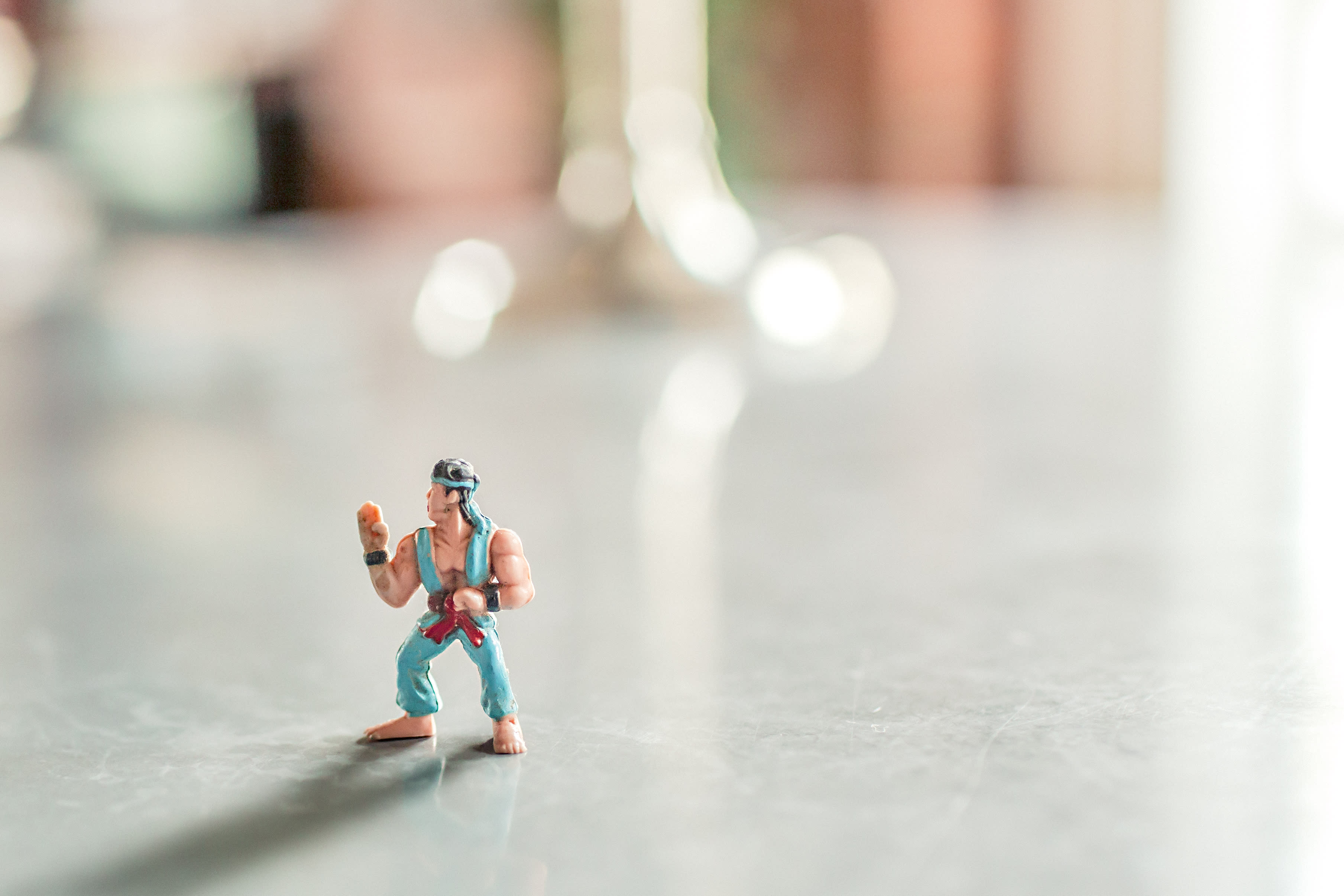 If we take the 1984 classic Marvel Super Heroes RPG, also known as the 'FASERIP system', at its word, there are five categories of superhero:

When it comes to real life superpowers you may be thinking that this list is restricted to the realm of make believe, but just how close are we to making at least some of these reality? If we take Moore's law into consideration, we begin to see that we may well have the computing power to tackle two of these (High-Tech Wonders, Robots) sooner than we think. Couple that with the huge advances being made in the field of Artificial Intelligence, and the lines between fantasy and reality become even more blurred. As for 'Altered Humans', surely that is one area that we wouldn't tamper with even if we could, right? The massive breakthroughs we have been seeing in the field of genetics, and those that are yet to come (especially in light of UK scientists now being permitted to genetically alter human embryos), we may yet be on the verge of something amazing. While we may not see the likes of Wolverine and his Adamantium bones, Superman and his ability to defy physics or the rapid healing of Deadpool, there may be hope in the form of 'quantum tunnelling'.

Quantum biology is an area of science that the physicist Jim Al Khalili say is responsible for many of nature's great success stories, with quantum tunnelling being the most remarkable. This process, it has been shown, is responsible for the metamorphosis of tadpoles into frogs - a process that was previously unexplained. Khalili thinks that this process can also be applied to humans, in time, allowing for the rapid regeneration of tissue.

Martial arts have been elevating humans to almost superhero status for some time (Jackie Chan, and his seemingly impossible feats, being just one example), centuries even. There is a large psychological aspect to martial arts too, which has not gone unnoticed in the US military. Buddhist mindfulness techniques can be very helpful in a combat situation, for example, if the troops are able to stay dead calm in a stressful situation. How far has the research gotten? If it hasn't produced ice cold killers, it won't have been through lack of trying.

As mentioned, Moore's law dictates that certain technological advances are almost a forgone conclusion, but there is a downside: What may well be cutting edge today, will almost certainly be obsolete in ten years - if not sooner. As a 'stark' example of this, we would only need to place the Million Dollar Man next to any of the Iron Man suits.

Where are the extremely cool exoskeletons from Iron Man? As easy as Tony Stark makes it look, these kinds of creations are incredibly difficult to pull off, and right now there is just one working prototype. This DARPA effort is a far cry from the red and gold Stark brainchild, but it does offer a glimpse into a very exciting future!

That said, power will always be an issue. If a modern smartphone struggles to last a day, how on earth is a gadget covered suit of armour going to get through breakfast? Tony Stark uses, what appears to be, a Tokamak reactor. While this is a real thing, kind of (the very first is being built in France, with a predicted completion date of 2019), it also weighs in at over 5 thousand tonnes... So, not very practical for a suit of armour then. And will we ever see a Millennium Falcon?

Bypassing the human part of the machinery can simplify things a great deal, but there is that one niggling little problem: who's controlling it? Artificial Intelligence has been a dream of many scientists for a long time, but are we finally on the cusp of something huge? DeepMind, of Google fame, is able to 'teach' itself how to play games simply by playing them and figuring it out. As linked to above, this creation was able to beat a Go champion, five times in a row, something no other AI system has ever been able to do even once.

The interesting, or terrifying, thing about DeepMind is that not even Google are absolutely sure of how it is able to teach itself in the way that it does. You may have heard of Watson, the IBM supercomputer. This machine was able to excel at games only after being 'taught' how to play by human programming. DeepMind, and others like it, are something altogether different.

For the first time, a SkyNet scenario does not seem quite so far fetched - although the robot bodies to go with that are still a very long way away, it would seem, so we may not be seeing The Vision for quite some time yet.

Scientifically created superpowers are still in a distant future, but as we can see here there have been some tantalizing first steps over the past year or so and still more to come this year. A slightly scary AI that can teach itself, embryo modification, quantum tunnelling and military exoskeletons to name but a few.

Given the choice, and the range of exciting possibilities just waiting around the corner, would you be a hero... Or a villain?
All products recommended by Engadget are selected by our editorial team, independent of our parent company. Some of our stories include affiliate links. If you buy something through one of these links, we may earn an affiliate commission.