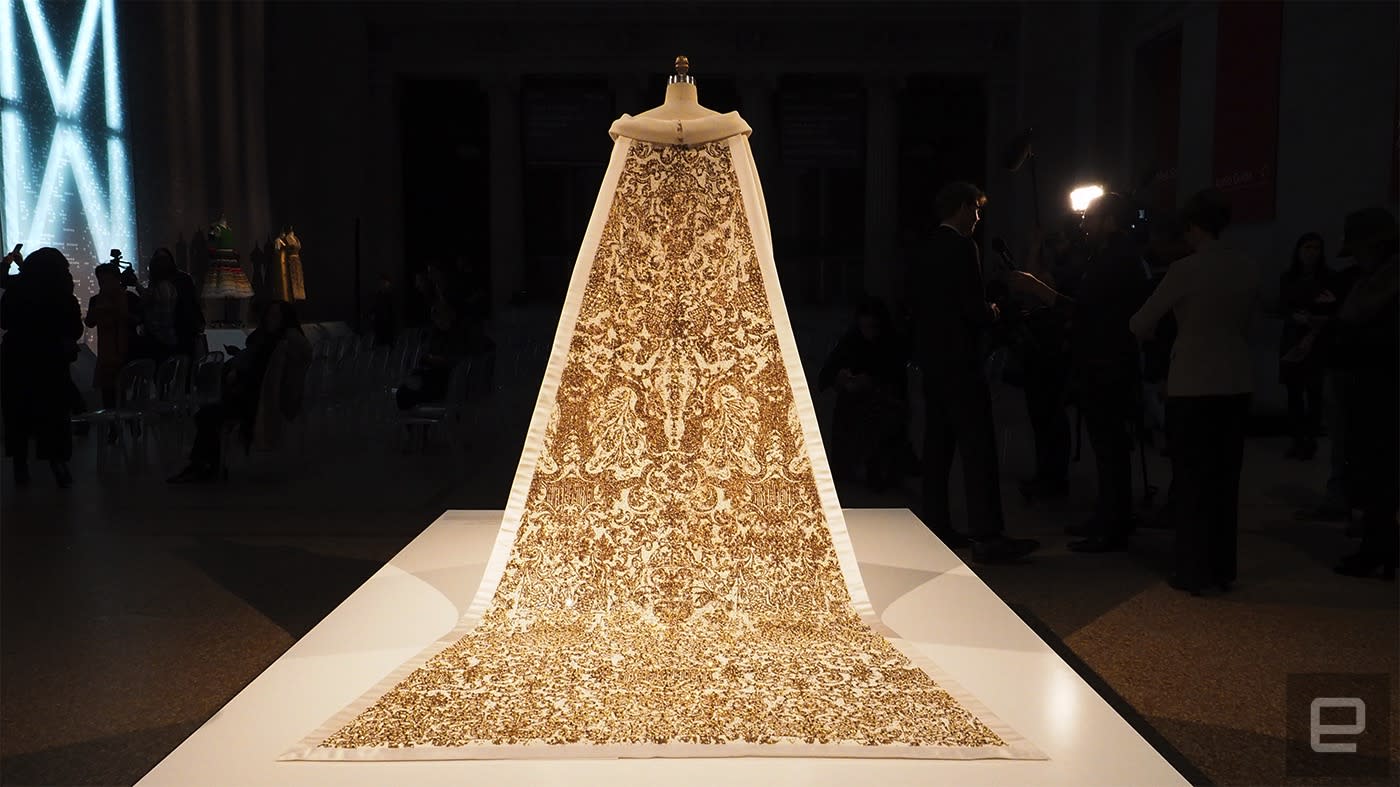 Fashion and technology find common ground in a new exhibition

'Manus x Machina' will be on display at New York's The Metropolitan Museum of Art in May.

Technology isn't just about smartphones and 4K. In the fashion world, it comes in the form of computer modeling, laser cutting, sewing machines and, recently, 3D printing. These elements are what inspired a new exhibition called Manus x Machina: Fashion in an Age of Technology, which will be on display at The Metropolitan Museum of Art in New York later this year. Manus x Machina features over 100 pieces, ranging from haute couture to ready-to-wear, each showing how designers have adopted handmade and machine-made techniques throughout history.

Pictured above, for example, is Chanel's wedding ensemble, created by Karl Lagerfeld as part of the fashion house's Fall/Winter 2014 couture collection. The dress was handmade, but its design was manipulated by a computer to give it that pixelated look. All told, it took 450 hours to put together. At the same time, Lagerfeld has also experimented with 3D printing (sorry, Kanye), bringing a futuristic look to Chanel's iconic women's suit. Another dress, designed by Christopher Kane, mixes hand and machine embroidery to make a style based on the process of photosynthesis.

"Instead of presenting the machine and hand as rivals, the exhibition presents them as equal," says Andrew Bolton, the chief curator at the Met's Costume Institute. He says there are "times when the hand has been celebrated and the machine degraded, and vice versa," so the goal with Manus x Machina is to show that the line between the two is blurring. Not surprisingly, the exhibition has the support of fashion icons like Anna Wintour, as well as Apple.

Bolton says Apple was the perfect sponsor of the exhibition, thanks to its emphasis on craftsmanship, particularly the ways in which a hand and machine come together as one. If you're in New York City or happen to be visiting, Manus x Machina will be open from May 5th to Aug. 14th. In the meantime, enjoy this early peek at some of the garments on display.

/22
All products recommended by Engadget are selected by our editorial team, independent of our parent company. Some of our stories include affiliate links. If you buy something through one of these links, we may earn an affiliate commission. All prices are correct at the time of publishing.