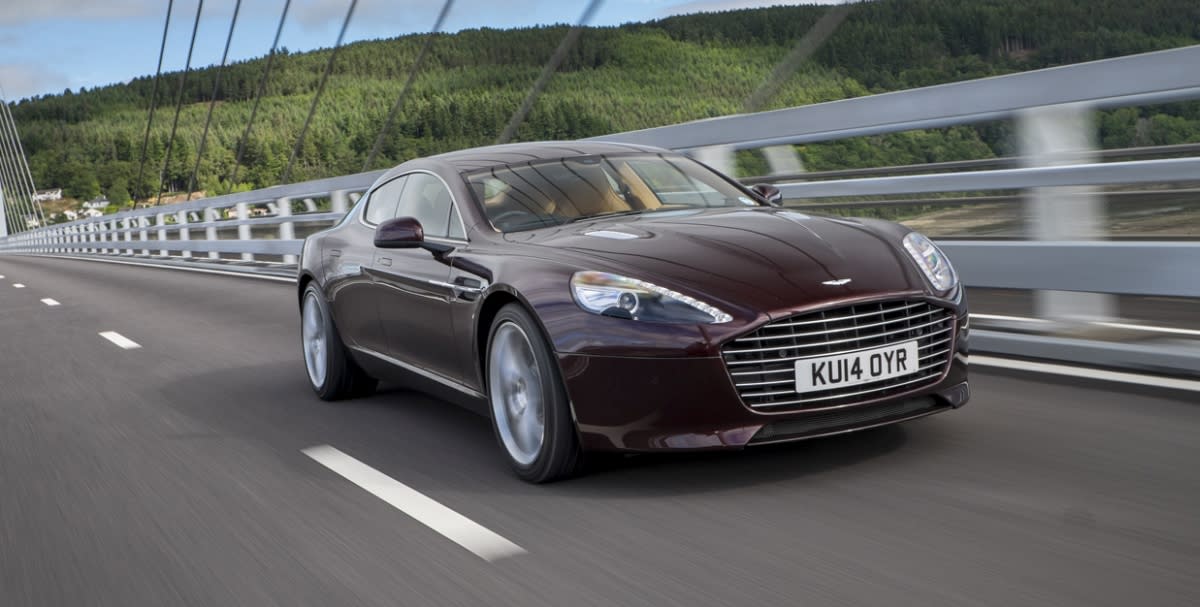 British luxury carmaker Aston Martin has signed a deal with Chinese tech company LeEco (formerly LeTV) and electric-car startup Faraday Future. As Reuters reports, the plan was revealed at a news conference in Frankfurt, Germany. Aston Martin is forming a joint venture that will work to develop an all-electric take on the Rapide S. That car was announced last year as an 800-horsepower saloon with a 200-mile range. With the tech giant's help, Aston Martin hopes to bring it to market in 2018.

Perhaps more interesting than the RapidE news is the collaboration with Faraday Future, which not-so-coincidentally counts LeEco founder and CEO Jia Yuenting as its primary investor. Faraday Future stole headlines at CES with its Zero1 supercar, but it was what's underneath the eccentric design that could prove more important.

Faraday Future has created a Variable Platform Architecture -- a modular electric vehicle platform that it says can underpin many different types of vehicles, from compacts to SUVs to sports cars. The fact that the new Aston Martin / LeEco joint venture will be working with Faraday Future suggests that the storied carmaker could be both contributing to and utilizing this platform further down the line.

We've reached out to Aston Martin for more information on its plans, and will update this article with any response we receive.

Update: Aston Martin has now penned a press release about the partnership. In it, the company says:

"It is anticipated that the partnership will see the two companies working together in developing and manufacturing RapidE, with potential for adding a range of next-generation connected electric vehicles on behalf of Aston Martin, LeEco and Faraday Future."

"This new signing extends the existing collaboration between the two companies. In January 2016, LeEco and Aston Martin revealed the first results of their partnership – an Aston Martin Rapide S incorporating the latest Letv Internet of the Vehicle (IOV) system. The second area of the partnership – the development of low-emission vehicle technologies – has been accelerated as they have developed their respective plans for launching a range of new electric vehicles during the second half of the decade."

In this article: astonmartin, electric, electriccars, faradayfuture, gear, leeco, letv, transportation
All products recommended by Engadget are selected by our editorial team, independent of our parent company. Some of our stories include affiliate links. If you buy something through one of these links, we may earn an affiliate commission.