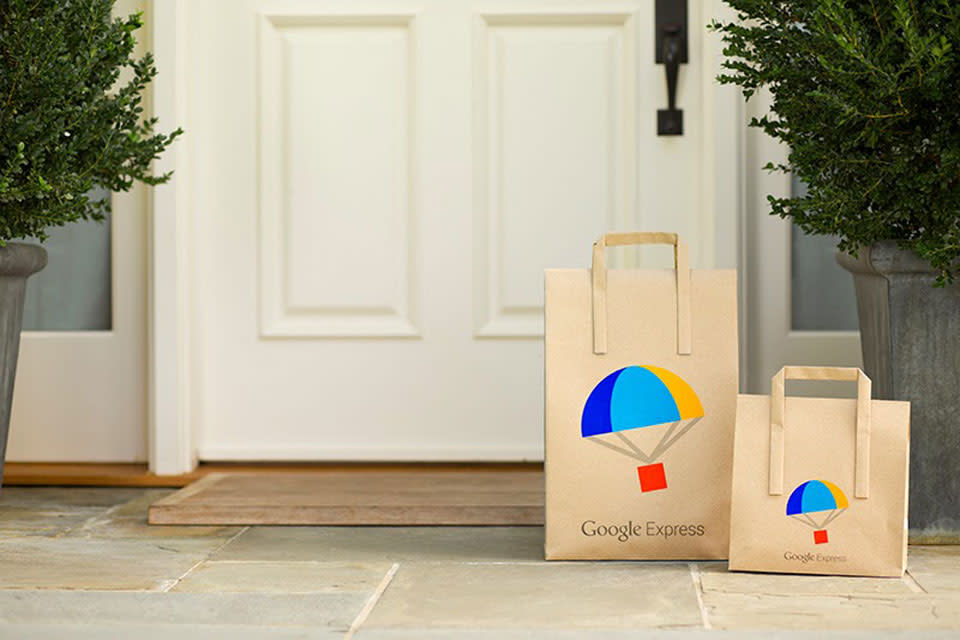 Google Express, the search engine's home delivery service, will begin shipping fresh grocery items to its customers. According to the Wall Street Journal, the offering is starting small and is only available to select areas of SF and LA. The move puts the firm toe-to-toe with other grocery delivery outfits like Amazon and Instacart, although it's teaming up with local retailers like Costco and Whole Foods. As the report says, there are some drawbacks (for users), with Express' two-hour delivery window being stretched out to four hours. In addition, the minimum charge has increased from $15 to $35, plus a $3 per-order surcharge for members.

Google's been testing its food delivery service in San Francisco since last fall, although the move to bringing the service to the mainstream was a little surprising. The company believes that it's been able to make deliveries work by effectively making itself a middleman between retailers and consumers. Rather than setting up logistics centers itself, the firm will simply drive a van to a partner supermarket, pick up your stuff and drop it off at your place. It's good that Google is now letting us order fresh fruit and vegetables via its service, because we were beginning to worry it just wanted us to constantly eat takeout.

Update: There are now some more details of the trial, courtesy of Google. The areas of LA that'll be covered by the project include the Pacific Palisades, Westwood and Marina Del Rey. In San Francisco, users who are based in the Financial District, Mission and Potrero Hill can all sign up.

In this article: culture, services
All products recommended by Engadget are selected by our editorial team, independent of our parent company. Some of our stories include affiliate links. If you buy something through one of these links, we may earn an affiliate commission.