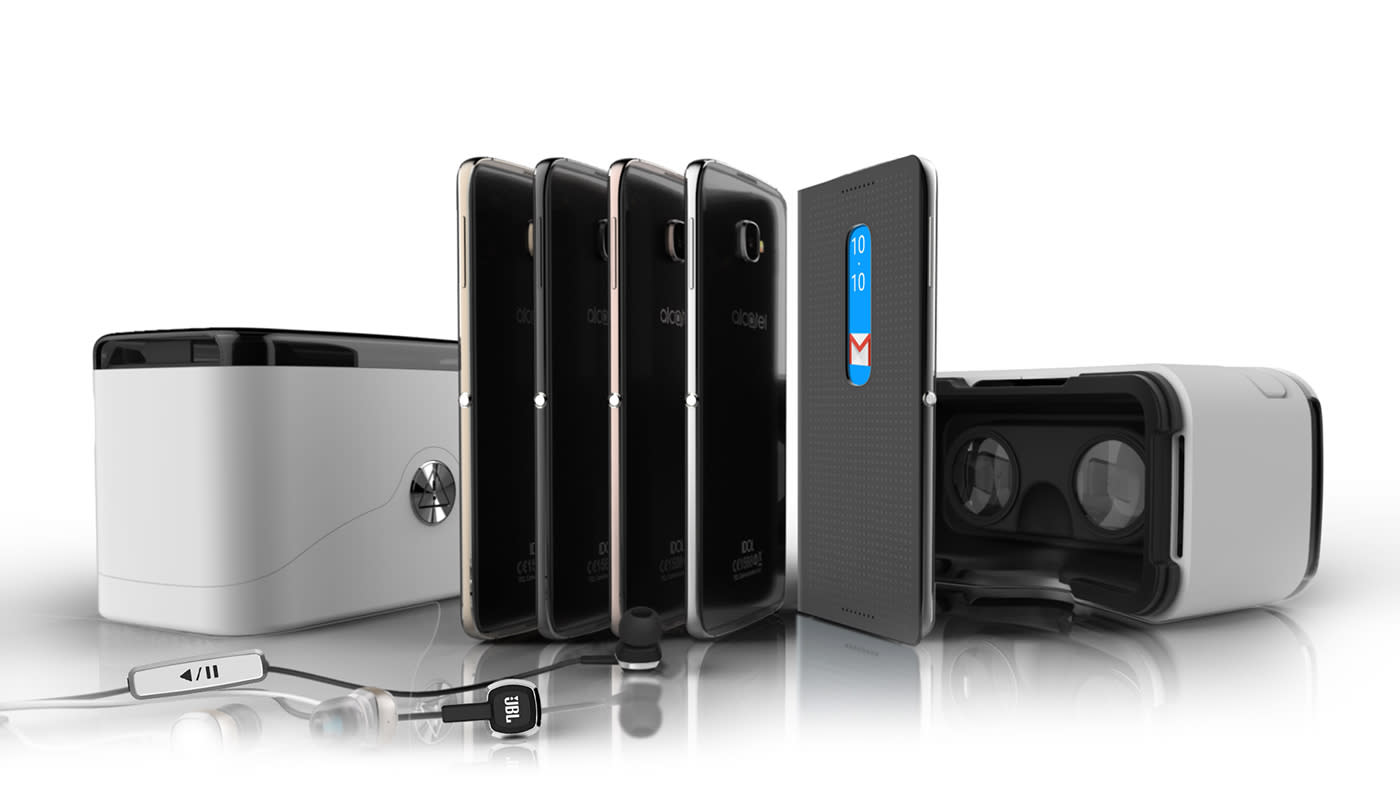 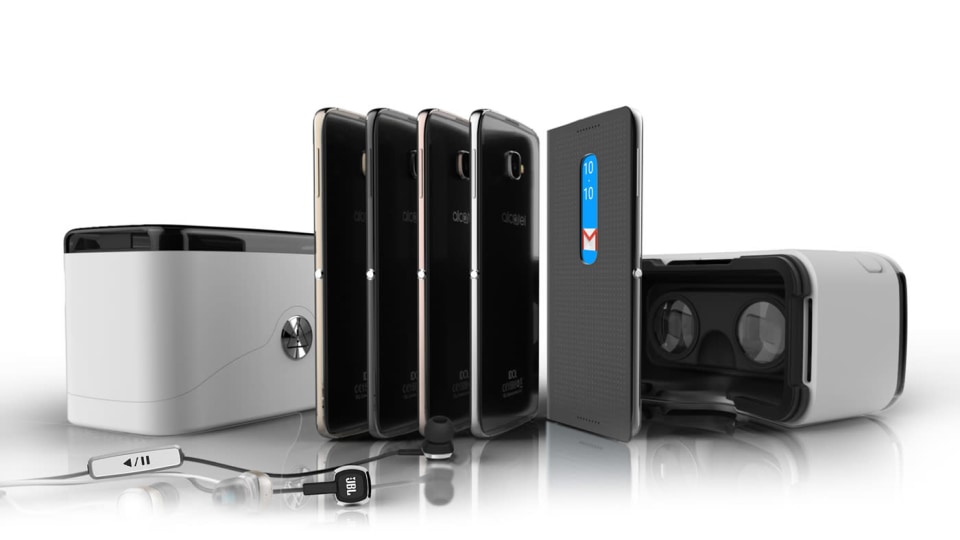 Alcatel OneTouch had a surprise hit on its hands with the Idol 3, a reversible smartphone seated at the crucial corner of cheap and good. Is it any surprise, then, that the Idol 4S popped here at Mobile World Congress? (In a word: no.) We don't have a price to go with the phone yet, but it seems poised to keep the company's mobile momentum rolling along nicely.​ As you could probably guess from the names, the Idol 4 and 4S share plenty of design DNA. Both have light, plasticky bodies that feel surprisingly well-built and both come with either, gold, gray, silver and rose gold metal trim running around the edges More importantly, both have so-called Boom Keys whose roles change depending on what you're doind. Long-pressing it when the screen's off launches the camera, while hitting it when listening to music shapes the audio with processing smarts courtesy of Waves. The 4 is clearly the lower-end of the two, though it's still no slouch — it packs an octa-core Snapdragon 617 chipset (1.7 GHz + 1.2 GHz), 5.2-inch 1080p display, a 13-megapixel primary camera, 16GB of onboard storage (expandable with microSD cards, natch) and a 2610 mAh battery.

Real talk, though: If you're considering going the low-cost unlocked phone route, you'll want to consider the bigger Idol 4S. It's about as thick as the Idol 4, but you'll wind up with a more powerful Snapdragon 652 chipset, which pairs 4 1.8 GHz cores with 4 1.4 GHz cores, and a surprisingly pretty 5.5-inch Quad HD AMOLED display. (The viewing angles, by the way, are great.) The rear camera has also been bumped up to 16-megapixels, and though evaluating photos on the fly is a tricky process, most test photos I quickly snapped were nicely detailed. Weird as it sounds, though, the best part of the Idol 4S might be the box it comes in — it doubles as a full-on VR headset. We're not talking about a bit of Google-y cardboard either; it actually bears a strong resemblance to the plastic kit LG made available for the G3 way back when.

I took it for a brief spin behind closed doors, but it was a little trickier to use around than I'd hoped. After figuring out which way the Idol 4S was supposed to snap in, the 3D setup app kept referring to two thin buttons that appeared to be on the bottom of the headset. Great, but tapping them repeatedly didn't do much of anything. Hopefully, the final versions are slightly easier to wrap our head around -- Alcatel still gets props for the best packaging I've ever seen. Google: please steal this idea for your next round of Nexuses.

In this article: alcatel, alcatelonetouch, android, gear, handson, idol4, idol4s, mobile, mobileworldcongress, mobileworldcongress2016, mwc, mwc16, mwc2016, preview, smartphone
All products recommended by Engadget are selected by our editorial team, independent of our parent company. Some of our stories include affiliate links. If you buy something through one of these links, we may earn an affiliate commission.