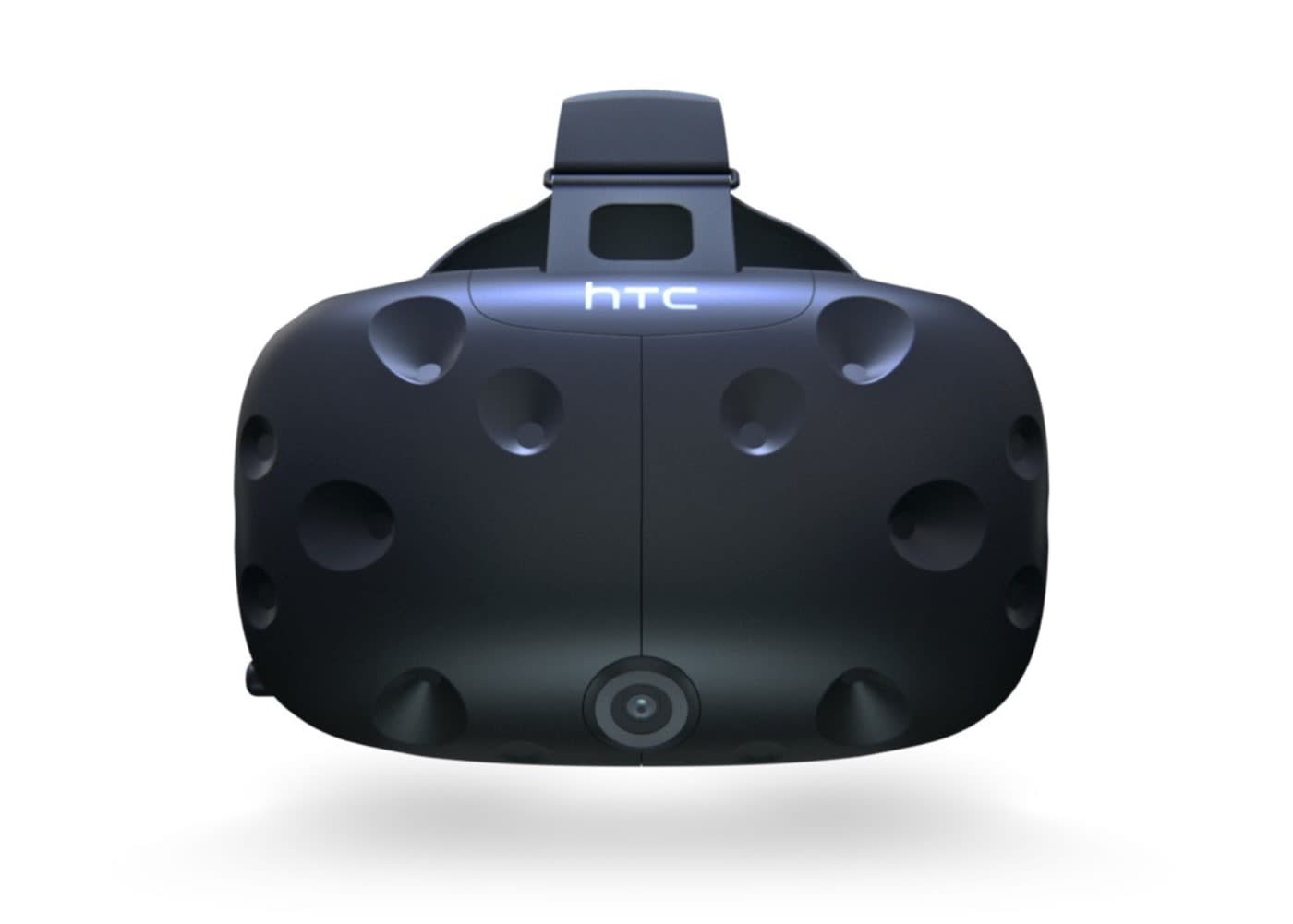 If you've been eagerly awaiting HTC's Vive VR headset, we hope you've been saving up. At Mobile World Congress today, HTC announced that the consumer version of the Vive will cost $799. That price includes the headset, two wireless controllers with haptic feedback and two location sensors. While it may seem expensive at first glance, we've been hearing for a while that the Vive would be pricier than the Oculus Rift, which sells for $599. Of course, the Oculus Rift doesn't come with motion controllers -- those will be coming later this year (and we still don't know what they'll cost). The consumer version of the Vive includes pretty much everything we saw from the Vive Pre back at CES, with the addition of a more ergonomic headstrap design and other tweaks to make it fit more people. HTC also announced a new feature called Vive Phone Services, which lets you send and receive calls and text messages and check on your calendar without taking off the VR headset. There's also a front-facing camera that makes you aware of objects in front of you, and the Vive's wireless controllers have also been improved from last year, with dual-stage triggers.

HTC reps tell us that they could have just released the Vive Pre as we saw it at CES, but they wanted to take the extra time to deliver a more ergonomic device for consumers. You'll also get two games when you order a Vive: Job Simulator: The 2050 Archives, by Owlchemy Labs, and Fantastic Contraption, by Northway Games.

Pre-orders for the Vive will begin on February 29th, and orders will start shipping in early April.

In this article: gadgetry, gadgets, gear, htc, mobileworldcongress, mobileworldcongress2016, MWC, MWC2016, Vive, VR
All products recommended by Engadget are selected by our editorial team, independent of our parent company. Some of our stories include affiliate links. If you buy something through one of these links, we may earn an affiliate commission.