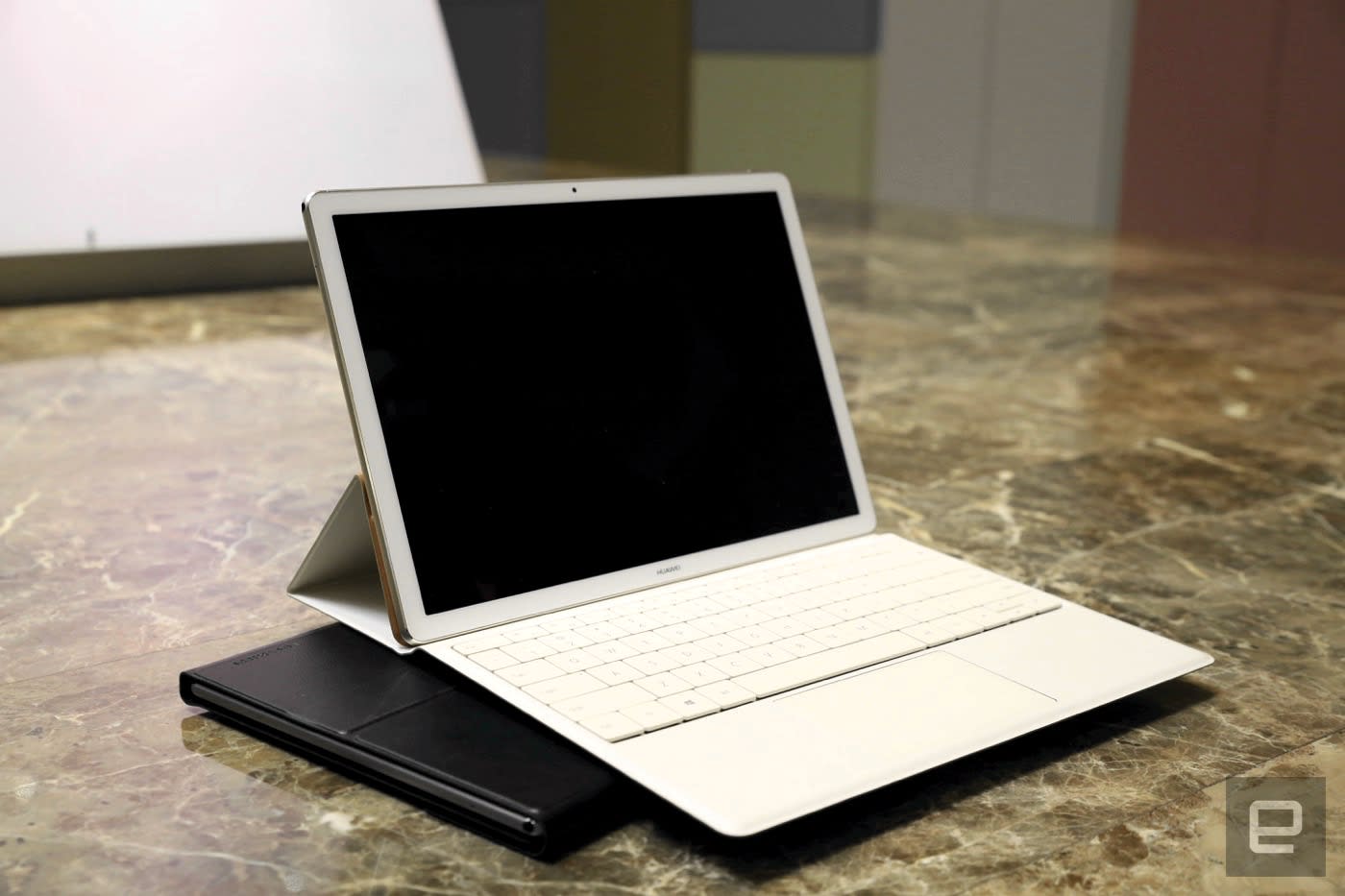 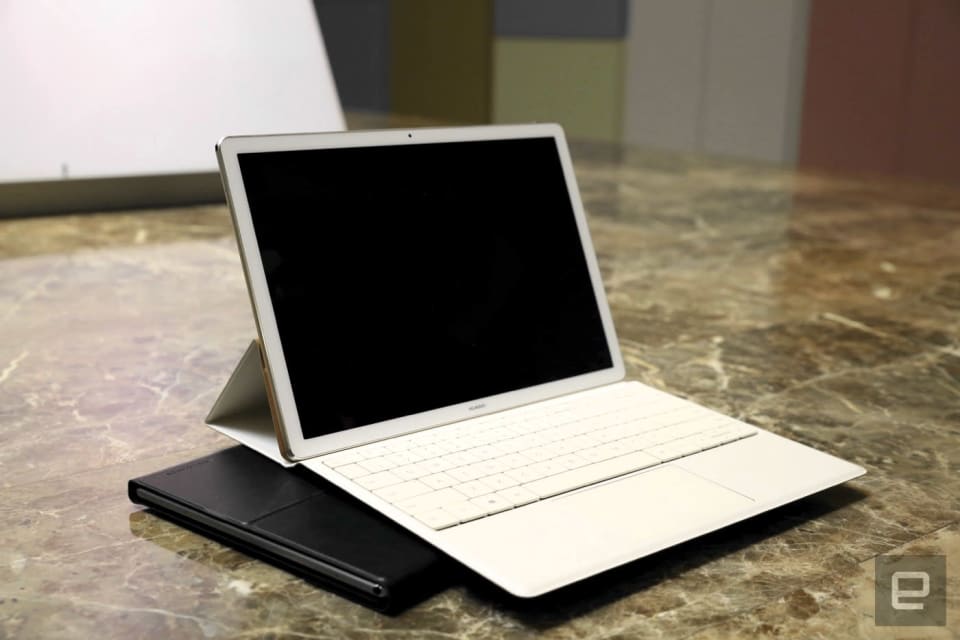 Just how hot are convertible PCs these days? Enough for Huawei to make one its very first computer. Today the Chinese electronics giant announced the MateBook, a 12-inch hybrid Windows 10 tablet, at Mobile World Congress. Just like Microsoft's Surface line, it transforms into a functional Windows 10 laptop with the addition of a keyboard cover (which, thankfully, is included in the box). There's also a stylus accessory that looks very similar to the Surface Pen.

Even though it's Huawei's first computer, the MateBook's design clearly builds upon the company's experience with tablets. The Matebook is powered by Intel Core M processors -- you can choose from an M3, M5 or M7 -- and it'll ship with either Windows 10 Home or Pro. Huawei is offering the Matebook with either 4GB or 8GB of RAM, and storage options range from 128GB to 512GB SSDs.

Huawei isn't really known for high-end devices in the States, but we're told that the MateBook is headed to the US because people keep asking for the company's premium goods. And whatever reservations you might have about the Chinese phone maker, it knows how to build some solid hardware. The tablet half of the equation is incredibly sleek -- we almost like it a little more than Samsung's recent attempt at the same kind of device.

Of course, Huawei expects us to use this thing as a productivity machine, and that's where things get a little dicey. The glass trackpad is one of the finer examples we've seen on a convertible, zipping around the screen with grace and offering up a satisfying click when pushed. The keyboard, on the other hand, seems less than sturdy -- your mileage may vary, but the furious professional key-smasher in me isn't convinced it'd work for me. On the flip side, though, the touch-sensitive pen worked quite nicely (with the added bonus of a laser pointer on one end).

While the Matebook looks like a solid convertible PC, it's going to be difficult for Huawei to get noticed when practically every computer maker -- including Apple, HP and Dell -- is already aping Microsoft's Surface style. And we'll likely see even more refined hybrid designs this year, now that Windows 10 is maturing and companies get more comfortable with the idea of convertible PCs. We don't have any pricing or availability details yet, so Huawei might be able to undercut the competition when it comes to overall value.

In this article: convertible, gadgetry, gadgets, gear, Huawei, MateBook, mobileworldcongress, mobileworldcongress2016, mwc, mwc2016, PCs, personal computing, personalcomputing
All products recommended by Engadget are selected by our editorial team, independent of our parent company. Some of our stories include affiliate links. If you buy something through one of these links, we may earn an affiliate commission.